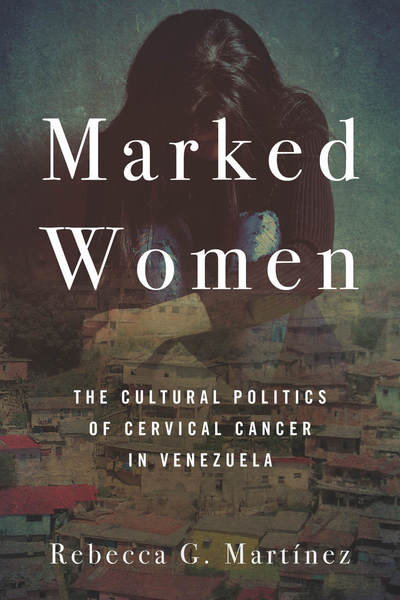 This chapter provides descriptions of the two hospitals where the ethnographic research was conducted: Hospital Oncológico Padre Machado and Hospital Oncológico Razetti. Women whose stories are a central part of this project, as well as those of the doctors who treat them, are introduced through vignettes. Demographic profiles are included of patients and doctors interviewed at both hospitals. A concise but important understanding of race in Venezuela is also included. Venezuela is a country that has embraced a mythical ideology of café con leche, meaning that racism is deemed nonexistent because the country's people are considered racially "mixed": like black coffee with milk. However, race, class, and gender all figure into the social construction of cervical cancer risk.

2 The Ambiguities of Risk: Morality, Hygiene, and the "Other"
chapter abstract

An epidemiological profile of cervical cancer risks found in the medical literature is compared to those perceptions of risk mentioned by doctors and patients. The doctors mentioned epidemiologically supported risks such as multiple sexual partners and sex at an early age, as well as risks that are not supported epidemiologically, such as lack of hygiene and lack of culture. In articulating risk, doctors focus on social class, culture, hygiene, and morality in their profiles of risk. The women's risk factors concentrated on the effect of economic disadvantage on medical care access, though not in relation to behavior (promiscuity and uncleanliness), as can be discerned from many of the doctors' discussions of cervical cancer.

This chapter investigates the role of public health education in the prevention of cervical cancer, analyzing the public health literature designed to educate women about this disease. This literature is contextualized by addressing popular ideas about the relationship among class, culture, and health, including interviews with public health officials, articles in national newspapers, and scholarly research on class and violence in Venezuela. Threats to progress, modernity, and Venezuelan culture are pervasive themes in discourses about poverty and disease. Just as important, the discourse surrounding cervical cancer in Venezuela must be understood within a social, economic, and political climate that over the past three decades has been unstable and, at times, quite volatile. A cultural politics of disease has emerged in which culture (and cultural difference) is significant for understanding and explaining the problem of cervical cancer by the media, the public health arena, and the medical community in general.

This chapter focuses on the medical examination itself, with emphasis placed on relationships of power in this very physical—bodily—manifestation of the patient-doctor interaction. The body is an important site for understanding how distinctions, of class, in particular, are produced, inscribed, and represented in the bodies of women (e.g., the state of her cervix, cleanliness). Special attention is paid to the ways in which the patients are treated as objects of medical knowledge and manipulation: the ways they are positioned, inspected, and talked to (or not). In doing so, the structural problems that contribute to a lack of resources at the public hospital including little space, improper equipment, and insufficient time to interact adequately with patients and better inform them of their medical conditions are underscored. Women's narratives of their medical treatment, which are, at times, acted on to contest and circumvent some disciplinary forms, are also analyzed.

5 Women's Agency and Resilience: "They Way I Want to Be Treated"
chapter abstract

The chapter looks at how the diverse women in the hospital are disciplined and regulated. This category of women includes female patients, nurses, secretaries, doctoras (female doctors), technicians, and the female anthropologist. At the same time, emphasis is placed on how the women negotiate and contest that process. Women's agency is thus illuminated. For patients, their agency includes ways of finding out information about their own health that is not directly shared with them by medical personnel. The patient-doctor interaction is a space where patients have little power, but they also look for ways to negotiate and resist their lack of power. Moreover, a section is also devoted to sexual harassment in the field by providing the narrative experience of the researcher. All of these women's experiences converge to highlight agency in the face of the patriarchal hospital setting.

The epilogue focuses on 2008 fieldwork during the Chávez administration. It considers some changes that have taken place in health care under the socialism of the Chávez administration. Cultural politics of health function very differently under the neoliberalism of the 1980s and 1990s compared to the Chávez era. Tracing the social configurations of this disease from the neoliberalism of the 1990s to the era of socialism, the epilogue maps out the ways in which class, gender, and race shape disease as a product of cultural politics. During the Chávez era, the government focused on health care and the development of Misión Barrio Adentro as transformation for the nation through the Bolivarian Revolution. Public health attention to cervical cancer in this context has emphasized structural change as opposed to individual behaviors. In other words, the very definitions of disease are formed within specific social, cultural, and historical moments.

The introduction of the book provides an overview of the ethnographic project. It outlines a brief history of the neoliberal period in which this ethnography is situated in order to provide necessary context for the fieldwork findings. Importantly, the political context with International Monetary Fund and World Bank regulations set the stage for the structural adjustments that will greatly affect the public health sector. The focus on individualism that neoliberalism embraces also helps situate analysis of patient-doctor interactions and public health educational pamphlets. The introduction also outlines the chapters so they reader has a preview of the topics covered in the book.