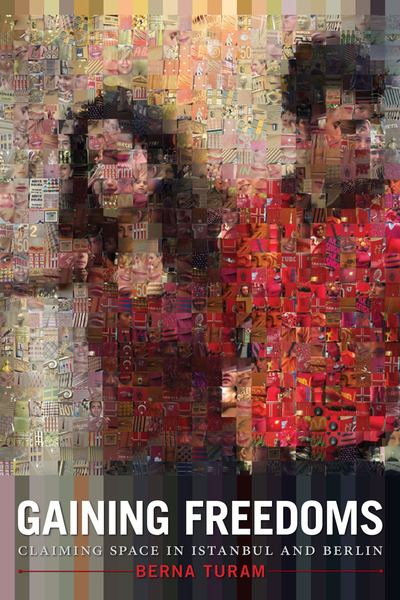 Contents
Excerpt from the Introduction
Contents and Abstracts
Introduction: The City and the Government
chapter abstract

The introduction sets up the urban puzzle that motivates this book. It discusses the two major urban protests that defined contemporary Turkish politics: the Republican Marches in 2007 and the Taksim-Gezi Protests in 2013. Against the backdrop of literature on polarization between Islamists and the secularists, the research reveals deep fault lines among the secular residents over the accommodation of the Muslim ways of life. It analyzes the rise of new and often unconventional alliances, and the formation of spontaneous bonds that crosscut the previously taken-for-granted fault lines between the devout and secularist residents.

After discussing the nation-building period and its impact on urban space, particularly Istanbul, Chapter 1 presents the historical background of the interaction between Istanbul metropolitan and the Turkish state. Selectively engaging debates and existing theories on how state authority and autonomy of urban space encounter each other, Chapter 1 points to the disproportional use of force and encroachment of the Justice and Development Party (AKP) on urban life in major cities, particularly Istanbul. Highlighting AKP's highly contested encroachment on Istanbul's historic sites, the chapter links urban and political studies–two fields that conventionally talk past each other. It questions earlier literature that privileged socio-economic approaches at the cost of the political.

The main goal of Part 1 is to explore how Teşvikiye, an upscale downtown Istanbul neighborhood, has increasingly become an attraction for outsiders and newcomers, while many of its affluent longtime residents left for the expensive gated communities on the outskirts of Istanbul. The ethnography illustrates the ways in which this spatial shift facilitated the inclusion of the pious visitors and the newcomer residents who did not mind the daily contact and cohabitation with masses of "pious strangers."

After a brief introduction of the neighborhood as a political site of contestation, Chapter 2 illustrates and analyzes the street-level confrontation in the neighborhood. The ethnography delineates the fault lines by identifying the major issues and conflicts in Teşvikiye.

3 Affinities in the Zones of Freedom
chapter abstract

Chapter 3 reveals the emergence of political cooperation and alliance out of these contested neighborly sites. It analyzes how the inclusive residents have become "committed participants" in the street-level contestations. The chapter argues that by dissociating both from the pious visitors and from the secularist old-timer residents, these predominantly middle class newcomers form a free zone of negotiation and compromise. By doing so, they contribute to the development of democratic and civil practices in the neighborhood and beyond. The chapter differentiates the politics of the newcomers from the urban or radical democracy because the local players in Teşvikiye, who propel democratization, are neither activists nor volunteers in any grassroots mobilization. Nor do they participate in local governance. To the contrary, the politics of these new inhabitants is in their presence and the way they live, utilize, and often unintentionally transform the urban space according to their lifestyle.

The short introduction to Part 2 releals the university campus as a contested political site.

Chapter 4 illustrates the political divides among and between faculty, students, and high-level administration in the University of Freedom (henceforth UF), the most liberal campus in Istanbul. First, the chapter overviews the socio-political transformation of the UF campus over the last two decades. It then documents how in the wake of the infamous presidential crisis in 2007 in Turkey, the UF campus went through its own local presidential crisis.

Chapter 5 analyzes how the campus, unlike the parliament, accommodates vocal dissent and thereby generates a strong and vocal solidarity against the violation of freedom, privacy, and minority rights. By illustrating the chain events and deepening fault lines over these issues since 2008, the chapter shows that what is being negotiated at the UF is not Islamism versus secularism but individual freedoms, civil liberties, and rights. The UF campus regenerates prompt alliances against freedom violations, such as unsubstantiated detention of academics and students, regardless of whether liberties were suffocated by religious or secularist authoritarianism. The chapter ends by situating the UF politics into the recent nation-wide campus riots against the AKP.

Part 3 analyzes the politics of space in an ethnically concentrated neighborhood, the so-called Turkish neighborhood Kreuzberg in Berlin, at a time when Islamophobia and exclusion and discrimination against Muslim immigrants peaked in Europe.

By revealing the deep splits in the "ethnic neighborhood," Chapter 6 traces the ways in which the divisive political issues of immigrant-sending Turkey and immigrant-receiving Germany collide and entangle in the diasporic space. In analyzing the urban divides and contestation, this chapter shifts the focus from predominant debates of integration to the primacy of the meeting points of conflicts from home- and host land. The ethnography on Kreuzberg with its largest Turkish diaspora makes it possible to engage in debates on broader issues of Muslims in Europe.

Chapter 7 analyzes the ways in which an ethnic neighborhood generates new affinities and shared lifestyles between immigrant and native residents. It argues that instead of undermining integration because of residential segregation, Kreuzberg nourishes a new urbanism. Rather than occasioning mixed networks, however, this urbanism leads to mutual accommodation between previously excluded or marginalized groups in Germany—the Turkish immigrants, the LGBT, and the former anarchists of the Autonomous Movement. Concretely, these former "outcasts" with current alternative lifestyles share an aversion towards: a) the exclusive forms of German nationalism (epitomized by the Leitkultur), and b) the discriminating attitudes and policies against LGBT and other minorities. As a result of these shared feelings, the Kreuzbergers developed a deep sense of belonging to their neighborhood.

Conclusion: Unified Opposition to the Divided Supremacy of the AKP
chapter abstract

The concluding chapter studies the power of splits that is generated by new alliances and rises above old ideological divides. After a brief discussion of the Gezi protests and their aftermath, it maintains that democratic contestation in the city succeeds as long as the splits and alliances continue where they were born. The second part of the conclusion points to the recent rivalries, disagreement, and distrust that divide pious Muslims, which are comparable to the divides among the secularists analyzed in the book. Of great importance are the splits among the pious Muslim elite across various branches of the state, such as the parliament and the police. Paradoxically, the political distrust that divides the residents within the presumably homogenous Muslim and secular camps helps democratic institutions flourish as it gives people an incentive to rely more on political institutions than on their own community.