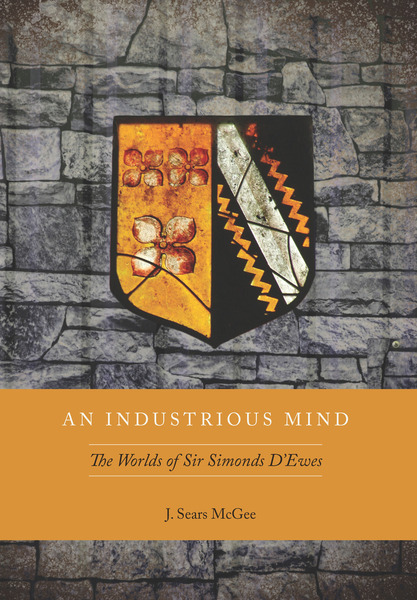 This introduction offers an exploration for the surprising neglect (except for the autobiography and Long Parliament journal) of the massive D'Ewes archive. It then offers four reasons for why this neglect should end: the size and important contents of the collection for a broad array of subjects; D'Ewes's significance as a consumer of news and conveyer of it to others; the highly unusual quantity and quality of information about his upbringing, education, and family life; D'Ewes's role in the Long Parliament which was based on his deep political and theological beliefs and commitments.

Chapter 1 describes D'Ewes's birth, childhood and education from its beginnings through his two years at St. John's College, Cambridge (1618-20). It is based largely on the autobiography he wrote between 1636 and 1638 along with letters he wrote to his parents as a schoolboy. From his adult point of view, the story was about what seemed to him his erratic and episodic progress toward the Puritan piety that preoccupied him until it reached what seemed to him its completion in the 1620s. High points include his agonized despair as he watched his beloved mother die in 1618; his enjoyment of his studies at Cambridge; and his mixed feelings about his father's order to leave Cambridge in order to take up study of the common law at the Middle Temple in London.

From 1620 until late in 1626, D'Ewes spent most of his time as a student of the common law at the Middle Temple, one of the four Inns of Court that provided legal education. His initially reluctant and ultimately successful immersion in the law is one of five themes into which the chapter is divided. The second is his fascination with the historical documents he began to read in the Tower of London and other archives and his decision to write a history of England based on them. The third is his growing preoccupation with the news of events at home and abroad, and the fourth is his continuing spiritual development as he became as much a consumer of sermons as of news. The fifth is the complicated story of his repeated attempts to find a bride which finally succeeded with his marriage to Ann Clopton in 1626.

D'Ewes's marriage enabled him to turn his energies to his research projects and draw back from his plan to follow his father into the practice of law. This chapter begins with the completion of his construction of his Puritan spirituality and his discovery of the significance of the early history of Christianity in Britain (and especially the Pelagian heresy) for his understanding of the great struggle between Protestantism and Roman Catholicism in his own time. He followed the news of the success of Habsburg armies in the Thirty Years War with fear and trepidation and became increasingly alarmed at the rise of an anti-Calvinist (Arminian) faction of clergymen in the Church of England. He also began building what would become his huge library of books, manuscripts, and coins, and he experienced the death of his father Paul in 1631.

Although D'Ewes and his wife expected to enjoy life at Stow Hall after Paul D'Ewes's death, a series of conflicts with Richard Damport, the rector of Stowlangtoft, produced periods of exile in Lavenham and elsewhere for the couple and their family in the 1630s. Eight of the ten children Anne bore died very young, and they agonized over those losses repeatedly. D'Ewes also saw to the completion of his brother Richard's upbringing and education and corresponded with him when the young man went on lengthy journeys on the Continent. D'Ewes continued his research project and library building. He also completed his journals of the parliaments of Queen Elizabeth I.

This chapter treats the continuing development of D'Ewes's political and religious ideology and its relation to news from abroad and at home in the 1630s. At home his anger against and fear of the advance of the Laudian party of churchmen (which he believed was part of plot to restore Roman Catholicism and overthrow Protestantism) increased, culminating in a personal attack on him from the pulpit of his parish church at Stowlangtoft by a minion of Matthew Wren, bishop of Norwich. D'Ewes met with and advised the young Elector Palatine and corresponded with his exiled mother, Elizabeth (daughter of James I) and widow of Frederick Elector Palatine. D'Ewes began writing his autobiography and his interest in the possibility of emigration to Massachusetts in order to escape the religious persecution he expected increased. He wrote a treatise against persecution which he could not publish due to censorship by the Laudians.

In November, 1639, King Charles I appointed D'Ewes as the sheriff of Suffolk, his first public office and a highly unwelcome one because he was charged with collecting the hated levy known as "ship money." Stuck with this task for a year, he spent most of his energy dragging his feet and attracting the ire of the Privy Council in London (like many of his fellow sheriffs around the country). Yet he also managed to find time to work on a project he had begun earlier, the production of an Anglo-Saxon/English dictionary. In October, 1640, he was elected to represent the town of Suffolk in the new parliament that the king had called, the first since 1629. The chapter concludes with a descriptions of D'Ewes's efforts in the House of Commons to overthrow the religious and political policies the king had introduced.

This chapter tracks D'Ewes's work as an MP from the early months of the Long Parliament when hope remained high for a settlement with the king until the summer of 1642 when it had become obvious that civil war might be around the corner. D'Ewes suffered a devastating loss when in July 1641 his wife Anne died of smallpox, and his letters displayed the depth of his grief powerfully. Fully aware of the nearness of civil war because of, in his view, the extremism in London and in the king's headquarters in Oxford, he sought in his speeches to keep the door to compromise open. But those he called "the fiery spirits" prevailed, and his enemies in the Commons subjected him to a painful humiliation on July 23, 1642 that led to his (temporary) withdrawal from political activity.

At the same time that he underwent his political Waterloo on July 23, 1642, D'Ewes was beginning his courtship of Elizabeth Willughby, the young woman who would become his second wife. The courtship proved no less complicated, although for different reasons, than his first one in 1626. After it, D'Ewes returned to the fray in Parliament (despite what some historians have asserted) and to the attempt to support a settlement with the king even though the war finally broke out in September 1642. The tragic death of Richard D'Ewes during the siege of Reading in April, 1643, was another heavy blow. Simonds continued to keep his journal until November 1645, and to attend, albeit less assiduously, until the army purged the House of Commons late in 1648. He continued to work on his Anglo-Saxon diary and collect and distribute news to his friends until his death in April 1650.