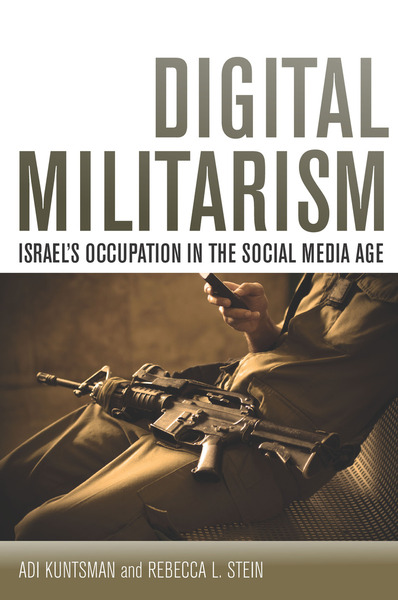 We began this book in the midst of the Arab revolts of 2011. It was a time of political optimism. It was also a time of what some have called “cyber-utopianism.”1 As protestors with camera phones and Facebook accounts filled the streets of Tunisia and Egypt, many scholars and analysts hailed the political potential of social networking and mobile digital technologies as instruments of grassroots mobilizing, citizen empowerment, and democratic politics in the Middle East and beyond. In subsequent months and years, as pundits bemoaned the unraveling of the so-called Arab Spring, cyber-utopianism came under increasing criticism from scholars who stressed the politically variable nature of new digital information and communication technologies, including their utility in the hands of authoritarian regimes. But despite such correctives, and a wave of ensuing scholarship over the years that followed, much remained unexplored regarding the everyday ways that social networking could be tethered to repressive political projects, the ordinary means by which social media technologies and platforms could function as militarized tools in the hands of state and civilian users. This ordinariness is the focus of our book.

Digital Militarism is also a chronicle of Israel’s military occupation of the Palestinian territories, read from the vantage of Israeli social media users and practices. More pointedly, it studies the everyday Israeli relationship to the occupation, with a focus on the role of social networking as agent and mediator within such relationships. What distinguishes our volume from the large literature on Israel’s occupation is its attention to both the repressive state violence of which Israeli military rule is made and the myriad ways in which Israeli Jews support and sustain the state’s violent regime through commonplace cultural practices, through acts of ordinary complicity.2 Of course, ordinary complicity, in this context, is not new. But it takes a new shape in the digital age. Today, Israel’s occupation regime is being bolstered by the routine social media practices of Jewish Israeli users—practices that pair the Israeli politics of militant nationalism with global networking conventions. Digital Militarism is a study of this interplay. It is also a portrait of growing Jewish Israeli political extremism of the past two decades and social media’s increasing centrality within this political landscape.

When we began this book, the interplay between social media and militarist politics—the phenomenon we call digital militarism—was relatively anomalous in Israel, located largely on the Internet’s margins, infrequently covered in the media, and poorly understood. Over the course of this book’s development, the militarization of social media and other digital communication tools grew on a massive scale, commensurate with the global spread of social networking and mobile technologies themselves. Today, digital militarism is commonplace both in Israel and across global theaters. We have become accustomed to the Israeli military’s deployment of social media as a public relations tool during incursions into the Gaza Strip; to real-time Twitter and Facebook updates from Israeli soldiers on patrol; to the presence of video-enabled smartphones at the scenes of violent confrontation between Israeli soldiers and Palestinians in the occupied territories. Such events now fail to surprise.

Because social media fields and practices are perpetually in flux, academic scholarship on this topic is always destined to suffer from a certain belatedness. Such was the case with this volume. Between the time of writing and publication, the popularity of particular networking platforms rose and fell, online practices shifted, global fads changed, as did the habits and norms of Israeli social media users. The problem of belatedness is also exacerbated by academic terminology. The very phrase “new media” seems to install a demand for contemporaneous criticism—documentation of the latest media trend, those practices unfolding only now—a demand that can obscure the histories of the media in question.3 A different kind of belatedness attends scholarship on the Israeli military occupation. The pace of political developments on the ground—the rapid speed of settlement expansion, the serial Israeli incursions into the Gaza Strip—is so dizzying that timely political criticism is difficult if not elusive, particularly so in the medium of the book.

Given such inescapable belatedness, we propose an alternative reading strategy for those who engage with this book. Rather than approaching it through the lens of the current political and digital moment—a lens that invites the question “How current is this?”—we encourage a mode of reading that takes advantage of historical distance, with attention to what such distance makes uniquely visible in the material presented here. Framed in this light, what we hope will emerge from our book is something like an archive of Israeli occupation violence as rendered in social media forms; an archive of the everyday ways in which Israelis support and sustain state violence through digital means; an archive of digital complicity.

We conclude this book in the immediate aftermath of Israel’s bloody 2014 bombardment of the Gaza Strip, amidst Israeli state violence unleashed with almost unprecedented brutality against Palestinians living under occupation. Today, many commentators agree, the scale and degree of Jewish Israeli racism has never been higher. During the course of the incursion, as the Gazan death toll soared, we watched Jewish Israeli mobs hunt Palestinians in the street, chanting “Death to the Arabs.” We watched as Israel’s vanishingly small population of left-wing activists, those who do not support the state’s military project in the occupied territories, were silenced, threatened, and attacked by their co-nationals. At this moment, Israel’s occupation has never felt more entrenched.

In these difficult times, we turn to the archive of digital militarism as a possible source of political alternatives. The digital archive, as we envision it here, is not merely a body of documentation and a means of preservation. Rather, as we will propose in what follows, it is also a site from which the past might be opened for reconsideration. In the digital archive, acts of militarism and ordinary complicity are never over in any strict sense. Rather, they live on in digital form. And in the process, they are potentially available for a critical reopening, a hearing. In these militant times, even as the end to military occupation feels increasingly out of reach, we offer this archive with hopes for a future reckoning.