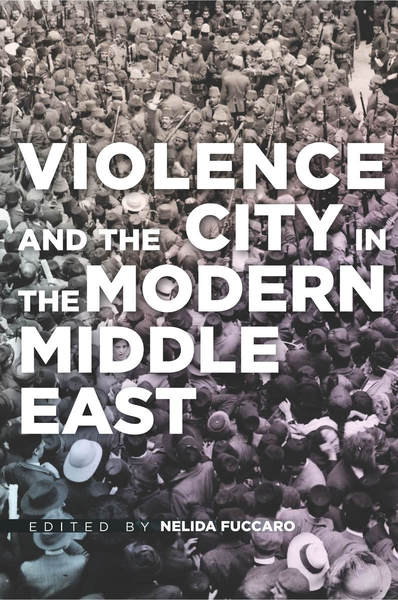 Despite the centrality of cities in the modern history and contemporary politics of the Middle East, urban violence has received little academic attention in Europe and North America. Awareness of this gap in the scholarship sets the intellectual and ethical agenda of this volume, which also draws inspiration from a long tradition of studies on violence that have added critical depth to academic practice and to our understanding of social and political life. Building on a three-year international research project, this collection of essays explores the theme of violence and the city in order to uncover new facets of urban life and experience in the last two centuries or so, a period of momentous changes in the urban and political map of the Middle East. The majority of the chapters deal with the twentieth century, particularly with the period after the demise of the Ottoman and Qajar Empires. This choice reflects the urgent need to start unveiling more systematically this neglected era of urban upheaval under colonial, revolutionary, and authoritarian regimes in the post–World War I international system. The short- and long-term reverberations of this upheaval are particularly useful to trace the roots of today’s urban age, an age that increasingly projects images of fractured Middle Eastern cities positioned on the front line of local, national, and global political and social struggles.

At the heart of this volume is the recognition that cities and violence—particularly in combination—have been repeatedly taken for granted in Middle Eastern historical scholarship. While cities have been usually approached as central places of government and as the playground of state administrations, the violence taking place in them has been almost inevitably regarded as subsidiary to other social and political processes and outside historical forces. As a result of this association, there has been little recognition of the mutually constitutive relation between violence and the city. By placing emphasis on this reciprocity, this collection of essays foregrounds urban violence as a specific object of study that makes an empirical and theoretical contribution to the growing field of urban history and urban studies as a cross-disciplinary area of research and teaching on the modern and contemporary Middle East. Moreover, reconstructing the violent pasts of cities can open up new vistas on modern Middle Eastern history, offering alternative and complementary perspectives to the making and unmaking of empires, nations, and states, the analytical categories that have dominated regional and subregional historiographies.

To this end the first two chapters have been written with the scholarly and student community in mind as an introduction to and critical synthesis of key themes and debates that have informed discussions of urban violence: those specifically on the Middle East that have inspired this collection and that took place over a number of years among the international group of scholars who have contributed to this volume, and those of other researchers who have studied violence and cities in different historical and geographical contexts. It is hoped that newcomers either to urban studies or violence—or to both—will find plenty of food for thought, while readers already versed in these topics will identify opportunities to develop their work in new directions. The case studies included in the chapters that follow tackle some of these debates and undertake the task of penetrating deep into the turbulent nature of the associational life of towns and cities across the region.

In order to nuance the complexity of their violent experiences, authors move beyond the domain of contentious politics and social movement theory.1 While concentrating on a variety of performers, including collectivities and state actors, they explore the nexus between order and disorder, conflict and solidarity, and discourse and action as embedded in particular urban milieus. Using examples from the eighteenth to the late twentieth centuries, the authors scrutinize forms of popular and elite activism and resistance and places of encounters, confrontation, and collusion with state discipline. They also unveil the multiple logics and legacies of violent events as moments of both rupture and reconstruction of sociopolitical and spatial orders. Readers will be exposed to violent deeds and words and recognize their power to transform sociopolitical experience and the meaning of urban sites.

This volume has a regional focus but ambitions of connectivity. One of its aims is to tackle the “riddle” of violence—a notoriously contentious and multifaceted topic—in order to link up with interdisciplinary discussions of the roots, nature, and manifestation of conflict and unrest in cities and societies across the world. This comparative approach is not intended to be one-sided but a process of cross-fertilization that exposes Middle Eastern scholars and students to a rich body of work produced outside their region of interest while bringing the Middle East to the attention of specialists of Europe, Asia, Africa, and Latin America. The desirability and urgency of this cross-regional approach go beyond the realm of academic research. In an age dominated by disturbing images of political turmoil, social unrest, and bloodshed, there is an urgent need to counter representations of the Middle East and its peoples as intrinsically violent. Only by situating the region and its actors within broader debates on the interplay between state and social power in cities across space and time can we dispel a myth that has gained considerable currency in popular and media discourse—violence as a peculiar Middle Eastern condition. This myth, which has been nurtured by media analysts, politicians, and policy advisers, has made it increasingly difficult to debate and write about violence.

As the editor of this volume and her fellow researchers have experienced firsthand, studying violence often raises eyebrows: the implication is that the topic can be ethically dubious, sexy at best. Some of the blame can certainly be apportioned to the flourishing cottage industry on terrorism, sectarianism, and Islamism that has surreptitiously made inroads into academic and public discourse since 9/11. The Arab Spring has also added a degree of skepticism and critical scrutiny concerning scholarly efforts at capturing multi-angled snapshots of Middle Eastern towns and cities as “violence regimes.” Retrieving the violent lives of Middle Eastern cities—no matter how far back in time—could be construed as undermining the euphoric images of liberation and peaceful emancipation from authoritarian rule associated with events in Cairo and Tunis in early 2011. At the time of writing, these images have sadly faded, making the study of urban violence increasingly relevant to make sense of what might seem an irrational and self-destructive streak in Middle Eastern political and social life.

The fact remains, however, that we all feel some uneasiness about the sensational and ethical aspects of violence. As voiced by a colleague who has a long track record on researching Southeast Asia, “We can build academic careers studying violence, but do we pay respect to the victims?” While gruesome cases of violence that unfold before our eyes shock us, when somebody has been killed a century ago, the fact becomes “historical evidence.” Does this historical evidence inevitably take away something of the horror? These are extremely important issues to keep in mind. This volume does not aspire to offer answers to these vexed questions, or to be the last word on urban violence, but part of a new intellectually, politically, and ethically engaged conversation on this topic that will hopefully inspire students, researchers, and all those individuals who by profession or personal circumstances have an interest and desire to explore the troubled lives of cities, in the Middle East or elsewhere.