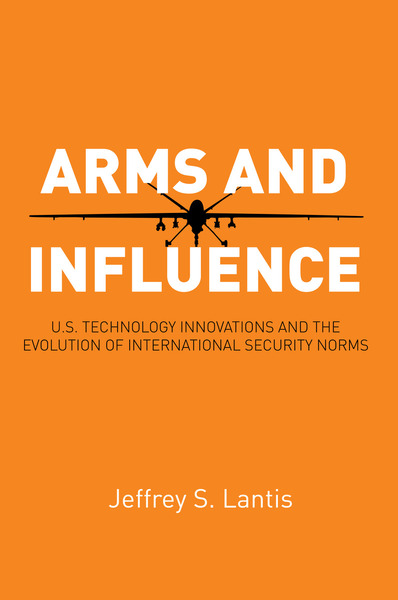 This chapter provides an introduction to the book and the complex relationship between technology, policy-making, and international norms. It describes the basic contours of the theoretical model and case studies. It presents a brief survey of constructivist international relations theory, social construction of technology theory, and relevant foreign policy analysis models. It also previews how technology innovations may be linked to fundamental norm changes over time—especially how modern technological innovations have fostered fascinating and complex debates about the boundaries of international norms and legitimate standards of behavior.

This chapter establishes theoretical foundations for a new model of norm change. It surveys scholarly advances in first- and second-generation constructivism, and related insights from sociology and international law, that support a dynamic model of norm development. It presents a new, three-stage model of elite-driven change focused on technology innovations and the recognition of "techno-normative dilemmas," redefinition of commitments in the domestic political arena, and contestation and constructive norm substitution in multilateral settings. This chapter also outlines the research design and methodology for the study, including the potential for variable levels of success for strategies of norm change.

This chapter explores the process of scientific discovery and advancement that contributed to the Manhattan Project, as well as the political implications of this dramatic innovation. While President Truman initially backed plans for the creation of a multilateral commission to control, and perhaps even eliminate, nuclear weapons, U.S. policies evolved significantly in the face of changing circumstances over the next two decades. The nuclear nonproliferation norm that eventually emerged from a process of contestation was multifaceted and discriminatory. This case study adopts the three-stage model of norm change to explore the construction of the modern nuclear nonproliferation norm, with an emphasis on its subjective and dynamic character.

This chapter explores how the global nuclear nonproliferation order established during the Cold War failed to prevent the spread of nuclear weapons. In the face of new evidence that countries were diverting sensitive technologies, including centrifuges for gaseous diffusion uranium enrichment, and reprocessing, to develop fissile material for bombs, great powers struggled to further tighten and refine the nonproliferation norm over time through redefinition and constructive norm substitution. Though the international community has made progress through institutions and supply cartels, but assesses this norm change process as continuing to undergo contestation. This case study clearly underscores the contested and politicized nature of the norm change process.

5 Satellites and Sovereignty: Humanitarian Intervention and the "Responsibility to Protect"
chapter abstract

The norm of state sovereignty and non-intervention has guided the international community for nearly 400 years. This case study explores how new technologies such as advanced satellite reconnaissance have allowed states and non-state actors to revisit traditional sovereignty norms in the face of mass political violence. New capabilities that allow the world to see and know about mass atrocities have facilitated critical diplomatic discourses on the evolution of a new "responsibility to protect" (R2P) humanitarian intervention norm. The chapter also explores how new, non-state actors have become engaged in pressuring governments to respond to mass atrocities.

This chapter examines how the development of armed unmanned aerial vehicles (UAVs, or drones) has raised critical questions about modern warfare and the norm against assassination of foreign adversaries. It surveys technological developments led by the United States and Israel that helped produce modern armed drones, and then explores critical questions related to the rapid proliferation of these systems around the world, and questions of ethics, legality, and efficacy. The chapter examines U.S. development of UAVs and its campaign to convince critics of the utility and legitimacy of prudential use of this new weapons technology, while at the same time balancing new capabilities versus interests in the awareness that substitution of new norm frames also may increase the potential for blowback.

This chapter explores how space technology innovations have emboldened states to seek dominance in a realm beyond terra firma, and to attempt to change the normative architecture to legitimize their actions. The superpowers attempted to stabilize the Cold War "space race" through the 1967 Treaty on Principles Governing the Activities of States in the Exploration and Use of Outer Space, but subsequent advances in space-based platforms and anti-satellite technologies suggested the United States might seek space dominance. The chapter also outlines have the past decade has seen the low-technology threat of space debris become a catalyst for changes in great power policies, with the potential for completion of an International Code of Conduct for space.

This chapter presents a detailed analysis and comparison of case study evidence in order to determine patterns in the top-down pathway of norm change that infuses greater agency into the constructivist model. This study has clearly shown that significant norm dynamics may occur beyond the final stage of the traditional norm life-cycle model, but suggests mixed results in the process of norm change. In some instances, such as the cases of the development of the discriminatory nonproliferation regime and targeted killing of foreign adversaries by unmanned aerial vehicle, U.S. leaders have achieved some success. However, in other cases, such as attempts to regulate sensitive nuclear technology exports or develop an international code of conduct for outer space, the responsibility to protect, and scientific innovations and attempts to exploit them have fostered contestation of the norm and ongoing debate about legitimacy of new frames and bandwagoning behavior.