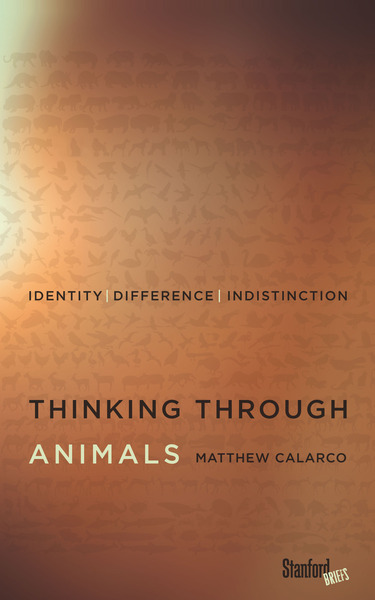 Chapter 1 analyzes the key notions that constitute the foundation for many of the modern movements for animal liberation and animal rights. This approach is referred to as the identity approach, inasmuch as it founds its ethical and political framework on human-animal identity. While identity theorists do not maintain that human beings and animals are identical in every respect, they do argue that our shared evolutionary history has given rise to fundamental similarities in terms of key ethically relevant traits. If we accept the basic ethical principle of treating likes alike, then this would imply, identity theorists argue, that we need to rethink our attitudes toward and interactions with animals that are similar to human beings in ethically relevant ways. The chapter concludes with an examination of the central ethical and political upshots of this framework as well as some of its critical limitations.

Chapter 2 engages with the difference approach to animal studies found in the writings of philosopher Jacques Derrida and related theorists. Difference theorists in general tend to have a critical relation to standard conceptions of human nature and ethics, and seek to develop in their place a more relational conception of human beings based on the radical singularity, or radical difference, of individuals. Pro-animal theorists in this tradition have noted that these critical reworkings of our basics ideas about human nature and ethics also call into question traditional ideas about the human/animal distinction and ethical relations with animals. They argue that a thought of difference, when pursued in view of its implications for animals, can generate an expansive notion of ethics that acknowledges the importance of human-animal relations and that respects the singularity of animals.

Chapter 3 examines the indistinction approach, which aims to think about human-animal relations in a manner that de-emphasizes the importance of human uniqueness and the human/animal distinction. Indistinction theorists and activists explore some of the surprising ways in which human beings find themselves to be like animals, while also examining the varied ways in which animals demonstrate their own forms of agency, creativity, and potential. The political task for indistinction theorists consists primarily in trying to shrink the influence of the institutional and economic practices that limit animal potentiality and to create other ways of life that allow for both human beings and animals to flourish.