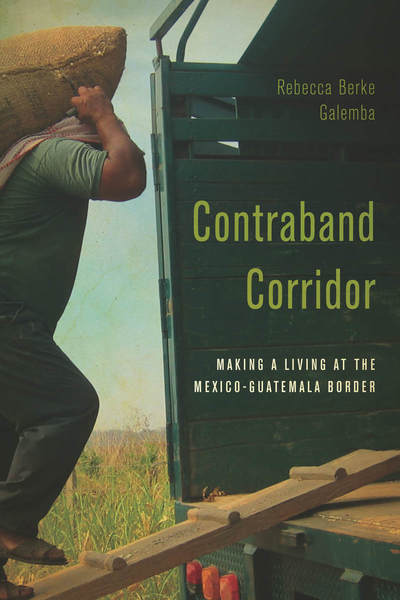 This chapter details the ethnographic approach of conducting research on extralegal flows and presents the border context and communities. The chapter examines the contested and unfinished process by which the borderlands and Mexican and Guatemalan nations took shape to contextualize how residents became marginalized from, yet also integrated into, two nation-states. It also challenges the idea that the border crossing is hidden or clandestine, pointing to how disruptions in state control over borders may be critical to the maintenance of state sovereignty at the margins.

This chapter explores how border residents use extralegal strategies and local resources to live across multiple nation-states. Residents like Fani, Rosa, Daniela, and Ramón achieved dual nationality through extralegal means by certifying they were born in both countries. In a context where the legal processes to acquire nationality are ambiguous and illegible, residents circumvent the law while copying its semblances and logics. Documents, both real and fake, become unhinged from what they claim to represent: national belonging. Documents take on a life of their own as residents value them to stake claims across nations. Yet state officials and residents alike judge claims to belonging based on ethnicity, class, language, and politics, often irrespective of the actual documents. As residents use extralegal practices to bend the border to their advantage, they undermine state attempts to manage border populations as they simultaneously bring the state into being at the margins.

This chapter delves into the context of agricultural liberalization that undermined traditional forms of livelihood at the border and informed an increasing reliance on smuggling. Corn, the basic subsistence crop in the region, as well as the most commonly smuggled good through this border, provides a window into understanding the local ethics that underpin the local legitimacy accorded to contraband. Residents reinterpreted corn smuggling as "free trade" in a context where official free trade provisions excluded them and decimated their livelihoods. To smuggle Mexican corn to Guatemala, border residents capitalized on a wider climate of political and economic crisis in the 1990s to prevent state agents from monitoring the route. However, smuggling does little to remedy the plight of small farmers or address dispossession in the countryside as it may reinforce inequality and relations of political patronage.

This chapter traces how the border became relatively free of officials in order to reveal how border residents negotiate a limited sense of autonomy with state officials and other regional players. In the late 1990s, border residents capitalized on a period of political and economic crisis and social movements to expel state officials from the route. They established their own control by erecting tollbooths, called cadenas, and levying taxes on smugglers. The cadenas materialize local control of the border through the chains that the communities use to demarcate their territory and regulate entry. If smugglers or officials are uncooperative, the communities can raise the chains to block entry. However, rather than representing an autonomous border crossing, the chapter demonstrates how border vacillates between local control and official tolerance, reflecting wider tensions among security, trade, poverty, and political (in)stability.

This chapter tells the unofficial official story, or views from frontline politicians, customs and immigration agents, and police officers as they describe how they balance maintaining the image of security with the demands of trade, scarce resources, and the interrelationship among informal, illicit, and formal trade. The nearby official border crossing has the appearance of a modern official post but is not technically authorized to process cross-border commerce. At the same time, the wider region has grown from regional and cross-border commerce, much of which proceeds through unmonitored routes. Through the lens of "phantom commerce," or clandestine commerce, which is technically invisible but nonetheless produces tangible effects, the chapter demonstrates the interdependences, rather than necessary antagonisms, among illicit flows, security, and formal trade.

This chapter examines how border resident merchants, truckers, and smugglers understand their work and navigate the intersections between the legal and illegal economies. It details how smuggling is embedded in historical, community, kinship, and social relationships. Residents see the smuggling of basic goods as an ethical form of earning a living in the context of the historical importance of border trade, deteriorating economic opportunities, and exclusionary trade policies. As intermediary smugglers, truckers, and cargo loaders, residents enable "phantom commerce" to distribute low-risk rewards to state agents, larger formal businesses, and other illicit actors. Even when border residents might benefit, the chapter shows how they also bear the risks.

This chapter focuses on a conflict over gasoline smuggling, which represented a rupture in locally accepted understandings that give border residents the right to seek inclusion in smuggling businesses that depend on the border. The conflict revealed the balance between an insistence on community benefits and the realities of profit and competition in a limited economy. As competing groups of border residents clashed over control of a lucrative gasoline smuggling trade, they unwittingly attracted the attention of state authorities, other regional actors, and the local media, culminating in a military raid in 2008. Yet the trade resumed shortly thereafter, albeit in a less overtly visible fashion. This conflict illustrated evolving dynamics of governance at the border, which are increasingly complex as security becomes increasingly militarized and drug cartels, gangs, and larger-scale illicit networks gain regional influence.

The Conclusion brings the implications of the unsettled interdependences among the security, trade, and illegality up to the present to explore how the securitization of migration and drugs have combined to make everyday people less secure while generating increased flows across borders. As Mexico cracks down on undocumented migration, corruption and violence have increased while migration continues. The case of migration is instructive for what a heavy-handed approach to extralegal activities without addressing underlying causes may portend. The chapter argues that it is important to examine why people engage in extralegal activities and how and under what conditions these activities become illegalized. Otherwise, aggressive approaches to crime are not only likely to fail but also may further distrust in the state and its institutions and foster more insecurity and inequality.

As more attention is being placed on security, illegality, and trade at Mexico's southern border, this chapter introduces readers to the unmonitored crossing and how it is situated within the larger geopolitical context. As Mexico and Guatemala enter security and trade collaborations with the United States, why does more smuggling also appear to be occurring? The chapter introduces the concept of securitized neoliberalism, to explain how the informal, illegal, and formal economy intertwine and how and why certain economic activities are privileged as others are increasingly criminalized. In the contexts of neoliberal reforms that dismantled agricultural livelihoods, borderland peasants intensified their reliance on smuggling goods across the border. To border residents, this constitutes legitimate business. This chapter sets the stage for a wider examination of how the informal and illegal economy exists in a complex symbiosis, rather than necessary tension, with state actors and the formal economy.