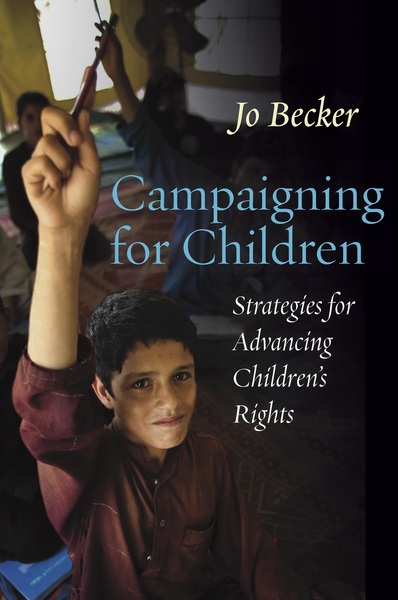 Contents
Introduction
Contents and Abstracts
1 From Property to People: The Evolution of Children's Rights
chapter abstract

This chapter explores the practice of female genital mutilation/cutting (FGM/C), a practice that has affected an estimated 200 million girls and women in at least 30 countries. The chapter explores its prevalence, the factors that perpetuate the practice, its health impacts on women and girls, and successful efforts by organizations like Tostan and Kembatti Mentti Gezzima (KMG) to utilize community dialogue to encourage local villages to voluntarily abandon the practice.

This chapter explores juvenile justice practices, and the failure of states to fulfill international obligations to utilize detention only as a last resort, and for the shortest possible period of time. Many states detain children for petty offenses, and subject children in conflict with the law to cruel and punitive treatment and excessive sentences. The chapter explores in particular juvenile justice legal reforms in South Africa that dramatically reduced the number of children in detention, and the successful effort in the United States to abolish the juvenile death penalty.

The chapter explores the global phenomenon of child marriage. Worldwide, an estimated 15 million girls a year—39,000 a day—are married before they turn 18, resulting in heightened risk of domestic violence and HIV, higher rates of early pregnancy and maternal mortality, and lower educational achievement. The chapter explores the factors that perpetuate child marriage, as well as programs and initiatives that have been successful in keeping girls in school and delaying marriage. The work of the Girls Not Brides campaign is examined in particular.

The chapter explores child labor worldwide, which affects an estimated 168 million children, including 85 million involved in hazardous work that threatens their health or safety. The chapter examines the factors that perpetuate child labor, and interventions – such as cash transfer policies and incentives to boost school enrolment – that have successfully reduced child labor. The chapter also looks at civil society efforts to address child labor, including the work of Bachpan Bachao Andolan to establish "child-friendly villages" in India, the influence of the Global March against Child Labor in the adoption of new international labor standards to end the worst forms of child labor, cross-sectoral efforts to address child labor in El Salvador's sugarcane sector, and consumer-based campaigns that secured pledges from the world's largest chocolate companies to eliminate child labor from their products.

This chapter explores how the rapid expansion of global tourism has fueled the sexual exploitation of children in travel and tourism (often referred to as "child sex tourism"), with increasing numbers of people travelling locally or internationally to engage in sexual activities with children. In particular, the chapter examines the work of ECPAT, a global network to end child prostitution, child pornography and trafficking of children for sexual purposes; the development of the "Code of Conduct for the Protection of Children from Sexual Exploitation in Travel and Tourism" to engage the travel industry in efforts to combat child sex tourism; and experiences in Costa Rica in utilizing the Code to heighten awareness of child sex tourism and to address it.

This chapter explores the recruitment and use of children as soldiers by government armies and non-state armed groups in armed conflicts. It examines the many reasons that children are recruited as soldiers, global trends, and the development of national and international law to prevent and end the use of child soldiers. In particular, it examines the efforts of the UN Security Council and the Watchlist on Children and Armed Conflict to address violations against children in armed conflict, and the advocacy campaign for a US law to prohibit US military assistance to governments implicated in the recruitment or use of child soldiers.

This chapter examines children's right to education. Education is arguably the most powerful catalyst for improving children's lives. Children who are in school are less likely to end up in child labor, child marriage, or as child soldiers, and are more likely to enjoy better health, better job prospects, and higher earnings as adults. Yet 124 million children were out of school in 2014, due to armed conflict, school-related costs, discrimination, violence, or lack of teachers and school facilities. The chapter examines successful initiatives to boost school enrolment and reduce drop-out rates, including civil society campaigns to realize the right to education, including organizing by children to achieve free education in post-war Sierra Leone, and worldwide mobilization by the Global Campaign for Education.

11 Lessons for the Future
chapter abstract

This chapter concludes the book by highlighting the strategies that can advance children's rights. At a policy level, it finds that effective interventions include strong laws, coupled with effective enforcement, and sound policies that provide children and their families with access to essential services. Based on the case studies examined in the book, the chapter also highlights the strategies that help civil society campaigns for children success, including research and documentation, strategic messaging, community dialogue, coalition-building, grassroots engagement, legal reform, and use of the courts and UN human rights mechanisms.