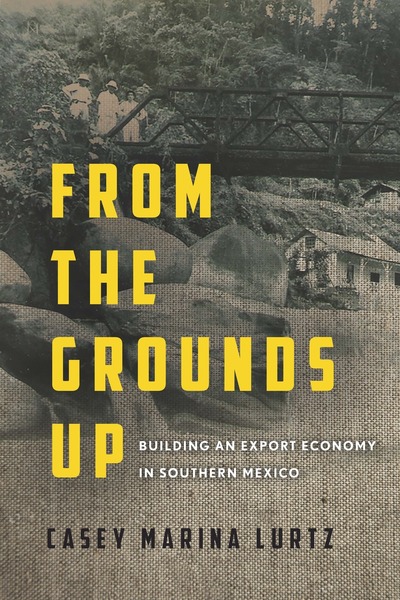 Across the late nineteenth century, Latin American rural economies transformed and expanded to meet the demands of urban and industrial markets in the North Atlantic. In examining these transformations, historians have long failed to register the ways smalltime producers as well as foreign and local elites integrated Latin America into global trade. Yet it is impossible to understand the export boom without understanding all those who produced for market. Neither the liberal policies of Latin American elites nor the capital and connections of migrant investors could absolutely disentail regional participants in the shifting political and economic landscape of the era. From the first years of production, numerous factors constrained commercial investors as they attempted to turn places like the Soconusco into model plantation economies serving global markets. Chief among these was the active participation of local villagers in the self-same global market and the institutions that undergirded it.

Borrowing the language and rhetoric of correspondence between individuals living in the Soconusco and the Mexican Minister of Finance, Matías Romero, this chapter elucidates the hurdles that stood in the way of the region's integration into global markets. After an overview of the region's precolonial and colonial history, the chapter establishes how little the Soconusco had to recommend it in the 1860s. Without a fixed border, a reliable political leader, institutions to secure property and commerce, or a population adequate to meet the labor demands of plantation agriculture, the Soconusco did not present an ideal site for development. Yet precisely because of these absences, Romero and others posited the region as an exemplary site for experimentation. With this in mind, the chapter illustrates how the region can stand in for other parts of rural Latin America undergoing a shift to export agriculture in the same era.

This chapter draws on local stories of violence and instability to explore the lived experiences of international debates over sovereignty. Like many countries in Latin America, Mexico and Guatemala lacked a border treaty until the 1880s. For the national government, the absence of clear territorial bounds countered Mexico's assertions of itself as a modern nation. For planters in the Soconusco, the lack of territorial fixity made it difficult to define and defend their property. Yet, for laborers and villagers from the Soconusco and Guatemala, the porous border provided access to land and opportunities for seasonal work. This chapter demonstrates how all of these interests came into play in the negotiation and implementation of the 1882 border treaty. While international aspirations spurred confrontation between national governments, local experiences of and knowledge about the border formed the basis for negotiating their resolution.

3 From Bullets to Bureaucracy
chapter abstract

Order and progress have long defined both the ambitions and achievements of governments across Latin America at the turn of the century. This chapter demonstrates how local actors also put those ideas into play, working around political violence by engaging with state bureaucracy. In parallel to the political history of popular liberalism, this chapter traces a popular history bureaucratic liberalism. Beginning with the history of a local cacique's rise to the state governorship, it then traces his decline through the gradual reworking of the apparatus and physical spaces of state institutions into places where producers could work around the cacique's arbitrary exercise of power. This sidestepping of political authority set the stage for local control over the implementation of reform, even after the cacique's death. Administration substituted for electoral politics, but administration itself became a means of local assertions of self-governance.

4 The Landscape of Production
chapter abstract

This chapter traces the overlapping stories of villager and finquero-driven land privatization efforts and the attendant acceleration in local property markets as export agriculture expanded in the Soconusco. In the process, it shows how smallholders and their neighbors increased their holdings and defined the spaces within which local and migrant elites could invest. As much as ridges and gullies became natural borders for neighboring plantations, municipalities and their communally held lands were man-made bounds for the spread of fincas as a whole. Counter to a historiography of globalization that has long emphasized the loss of village lands to plantation owners, here villagers maintained and even expanded their reach into the foothills of the Sierra Madre de Chiapas.

This chapter uses the history of a large finca called San Juan las Chicharras to demonstrate how laborers extracted incentives from their employers as the export economy of the Soconusco expanded. While labeled debt peonage, the labor system of the growing coffee economy is better understood through the idea of incentivized contracts. Because of demographics and planters' lack of coercive capabilities, planters' continual attempts to circumvent or reform contracts that came with advances, access to credit, good wages, and subsistence plots continually failed. Finqueros tried to ease their bottom lines through legislation and attempts to reach beyond the regional labor source. Yet so long as need for workers outpaced the supply of interested laborers, these attempts failed. The informal institutions of incentivized contracts won out over attempts to reform formalized labor relations.

6 The Circulation of Codes and Commerce
chapter abstract

This chapter uses the Bado family's commercial activities to capture how local actors engaged with the increasingly diverse array of commercial instruments in use in the globalizing economy. Through the use of state-sponsored institutions to secure and promote their investments, local actors built these institutions into meaningful and durable parts of the economy. Making use of running tabs at general stores, small short term loans registered at the local court, advance contracts for coffee, and long term mortgage-backed loans, people across the economic spectrum came in contact with and made use of liberal commercial reforms. In so doing, they created a liberal economic vernacular to govern quotidian transactions. The chapter also emphasizes the increasing material and institutional integration of the region into the global economy and shows how the expansion of the global economy relied on local actors' engagement with and interpretation of its essential institutions.

This conclusion illustrates how the book has sought to advance a history of the export boom that understands late nineteenth century globalization through the activities of all those involved in production. Pulling the history of the Soconusco's export economy through the Mexican Revolution and into the present, it illustrates how this place provides a model for understanding the transformation of rural economies through engagement rather than imposition. State projects for modernization and consolidation manifested on a timeline and in a manner that had much more to do with local need than the desires of higher authorities. This stilted, sometimes stumbling manner of building new legal and commercial institutions may have impeded future economic development. Yet as the nineteenth century slipped into the twentieth, it facilitated the continued involvement of a large swath of local society in export production.