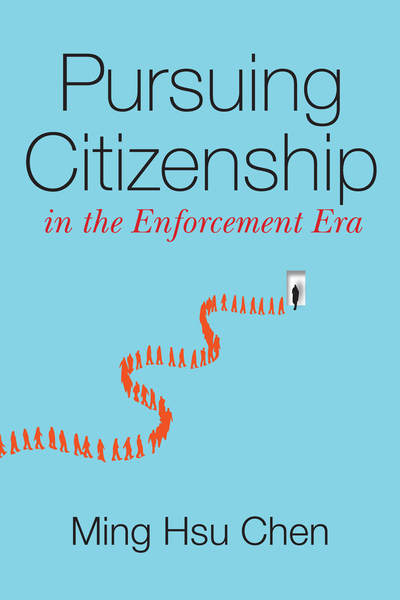 This book is based on interviews with more than one hundred immigrants about their experiences pursuing citizenship. So I first want to thank the immigrants, immigration lawyers, and community organizations who talked with me about their challenges and introduced me to others willing to do the same. Thanks especially to Harry Budisidharta from the Asian Pacific Development Center, Claudia Castillo from the Colorado Immigrant Rights Coalition, Kit Taintor from the Colorado Department of Refugee Services, Tracy Harper from the Colorado African Organization, Anita Stuehler from the Boulder Library citizenship class, Leigh Alpert from American Immigration Lawyers Association Naturalization Drives, Carla Castedo from the Mi Familia Vota citizenship workshops, and David Aragon and Diana Salazar from the University of Colorado. Second, I want to acknowledge the law students who worked tirelessly to help recruit participants for interviews, conduct them, and transcribe them: Edyael Casaperalta, Ashlyn Kahler-Rios, Fernanda Loza, Zak New, Julie Schneider, Daimeon Shanks, Ryan Thompson, Tierney Tobin, and Travis Weiner. Edelina Burciaga partnered with me on DACA interviews.

Special thanks to Michelle Lipinski, who nurtured the project from seed to fruit. I chose to publish with Stanford University Press because of her enthusiasm and steadfast commitment. She and four thoughtful peer reviewers provided comments on multiple drafts, and colleagues at Stanford ably moved the book through the production process.

Many thanks to my family members, each of whom has been shaped by the immigrant experience: Ken and Gina Hsu, Woei and Mei Chen, Shayna Hsu, and Stephen Chen. Stephen knew of my desire to write this book and supported my efforts at every step, whether by serving as a sounding board for ideas, accompanying me on my research sabbatical, or checking bibliographic entries in the final manuscript. The book is dedicated to our daughter, Maya, a US-born citizen and third-generation immigrant who treasures her immigrant heritage. She learned to read, think, and care about immigrants as she overheard dinner-table conversations and witnessed images of border walls, family separation, and immigrant exclusion on the nightly news. Through it all, she cheered on her mother’s efforts to imagine a better world by writing a book: “Go, Professor Mommy!” Her child’s-eye drawings of a community welcoming an immigrant family across the border and into schools, churches, and town centers capture the essence of this project. Every parent wants to make her child’s dreams come true, and I hope the ideas in these pages play a part in making her vision of a welcoming society a reality. 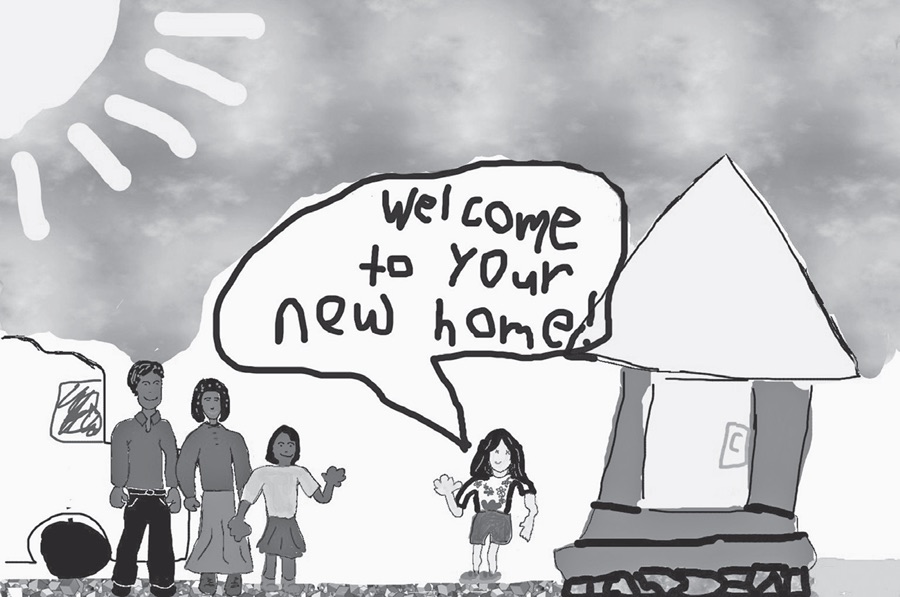