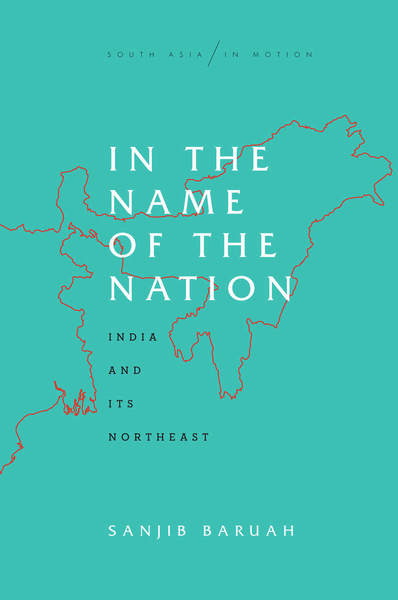 Northeast India's relationship with the centers of political power in the country has been somewhat peculiar. The chapter argues that a long history of armed conflicts—big and small—and a particular discourse of insurgency surrounding it have shaped the region's particular governance structure. The region suffers from severe democracy deficits primarily because of a long-standing piece of national security legislation, the Armed Forces Special Powers Act or AFSPA, which fosters a culture of impunity that leaves perpetrators of abuses mostly unaccountable. The chapter argues that the othering of the people and of the region enables the persistence of this harsh security regime. Imagined as an internal other, Northeast India is often represented in ways that reek of exoticism and internal orientalism. Many from the region who live in metropolitan India complain of being objects of a racialized gaze.

Unlike many informally named regions, Northeast India is an officially organized and named region and an artifact of deliberate policy. Embodied in this directional place-name is the history of a series of ad hoc decisions made by national-security-minded managers of the postcolonial Indian state. Once a part of British Imperial India's "frontier system," sovereignty and power in the region in colonial times was layered and uneven. This chapter provides an overview of the process by which the territories that were unadministered or under some form of indirect rule during the colonial era were reorganized into states and ostensibly, equal members of India's federal union. At the same time, however, the chapter argues, a de facto parallel governance structure was introduced giving India's national security establishment a decisive say in affairs of the region.

When Northeast India came under British colonial rule in the nineteenth century, its population density, like that of many other frontier regions of Asia, was low. Settling the so-called wastelands of Assam was an important priority for British colonial administrators. The chapter analyzes the postcolonial politics of nation and citizenship in the region against the backdrop of its history as a settlement frontier. The Partition of 1947 did not end the migration of poor Muslim peasants into the region, though they were now joined by a massive new flow of Hindus into the region. There is now a judiciary-led bureaucratic exercise to update the National Register of Citizens in Assam. The chapter argues that this exercise and the multiple measures adopted to harden the Indo-Bangladesh border and to securitize immigration and border control risk setting in motion a new form of precarious citizenship in India.

Northeast India is one of metropolitan India's last remaining resource frontiers. Customary laws specific to Scheduled Tribes considered indigenous to particular states govern the ownership of lands and forests in large parts of the region. Many of the protocols that governed the excluded areas of colonial times were retained in the Indian Constitution's Sixth Schedule and in the laws constituting a number of the new states. In their postcolonial incarnation, the protocols appear as policies of protective discrimination or affirmative action. Drawing on the example of artisanal coal mining in Meghalaya, the chapter shows how this form of postcolonial governance has shaped the particular resource extraction regime and the constellation of winners and losers. By drawing attention to the resource frontier dimension of the story of Northeast India's development, the chapter brings into focus new forms of exploitation, dispossession, subordination, and subcitizenship that have emerged under the postcolonial dispensation.

The Naga dispute is one the world's oldest unresolved armed conflicts. The chapter argues that difficulties encountered in the peace process currently under way throw significant light on the nature of postcolonial sovereignty. The Naga nationalists' imagined Naga homeland spans across the different spaces of governance of Lord Curzon's threefold imperial frontier. The chapter looks at certain ad hoc arrangements between multiple state and nonstate actors that have evolved over the long history of this conflict. They have acquired a new lease on life with the two-decades-old cease-fire and peace negotiations. The chapter argues that bridging the gap between these facts on the ground and the fiction of the postcolonial state's unitary sovereign authority over territories that were once part of the imperial frontier is at the root of the current impasse in the Naga peace process.

The unresolved question of nation and citizenship led to a bloody period of insurgency and counterinsurgency in Assam in the last two decades of the twentieth century. The chapter analyzes the politics of the period through the theoretical lens of contentious politics, focusing attention on the interactive dynamics between institutional politics and politics through other means. While the United Liberation Front of Assam (Ulfa) had a significant political constituency, defeating it militarily was not much of a challenge for India's security forces. But the crude counterinsurgency tactics that were deployed inflicted serious, lasting damage to the institutions of democracy. The key issues of nation and citizenship that animated the politics of the period remain unresolved to this day. Rebuilding the legitimacy of state institutions has become a major concern for successive Indian governments in post-Ulfa Assam.

The Armed Forces Special Powers Act (AFSPA) has been in effect in Northeast India for nearly six decades. One hears little about disavowing this law in all the recent talk of cease-fires and peace negotiations. Manipuri activist Irom Sharmila's sixteen-year-long Gandhian-style protest against AFSPA failed to resonate in the rest of India, where the dominant perception of Manipur is of a faraway region where the nation faces grave danger from domestic and foreign enemies. With its roots in the history of imperial policing, AFSPA belongs to the realm of ordinary public-order policing per Indian administrative discourse and practice. The chapter argues that the debate on AFSPA in democratic India underscores the need for the idea of a state's monopoly of legitimate violence to be reanchored in a more democratic set of assumptions than those inherited from the colonial past.

Frontiers and borderlands are productive sites from which to think about the world of nation-states. Drawing on the example of Manipur, the chapter shows that while official sociology portrays Northeast India's armed conflicts as the majority of citizens being held in ransom by a handful of militants, local narratives give little support to the idea of a hard line separating institutional politics from politics through other means. The criminal justice system can be a much more effective means to deal with rebel groups engaging in armed resistance than can policies grounded in a military metaphysics. The chapter argues that oppositional politics of various kinds in Northeast India are best seen as acts of citizenship. The traditional definition of citizenship as formal membership in a state misses its dynamic aspect: the evolution and transformation of citizenship over time. Acts of citizenship are a force that fuels this dynamic.