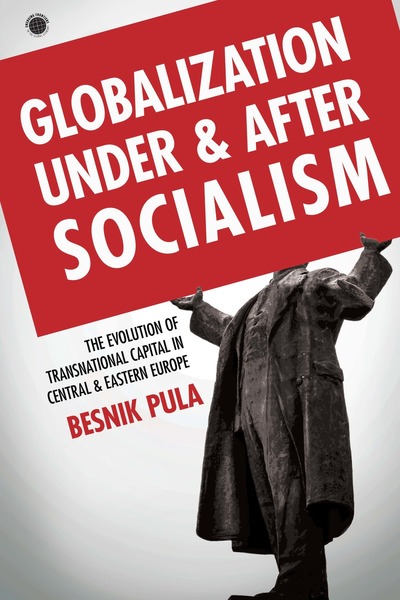 This is an introductory chapter to the book. It highlights the book's key arguments and its organization.

1 Globalization Under and After Socialism: A Comparative and Historical Perspective
chapter abstract

The literature on globalization has often ignored Europe's periphery and has particularly remained silent on how the structural changes in the world economy beginning in the 1970s affected the ex-socialist world. In the late twentieth century, among the few critical theories that broke from Cold War understandings of socialist political economies was world-systems theory. While making a number of counterintuitive and provocative claims, world-systems theory and its offshoots (including the "dual dependency" perspective) failed to account for the transformations from socialism to postsocialism and took little heed of the institutional realities and contradictions of Soviet socialism by relying on system-functionalist explanations of change. This chapter proposes a framework for an historical-institutionalist account of globalization that considers both structural changes in the capitalist world economy and political and economic reform in the socialist world that prefigured Central and Eastern Europe's path of transformation after 1989.

2 The Limits of Autarchy in the Periphery: Trade, Planning, and East European Industrialization, 1946-1969
chapter abstract

This chapter provides an historical overview of Central and Eastern Europe's integration into the Soviet economic sphere and its effects on patterns of industrialization and trade. It is organized in four parts. First, the chapter discusses the international context of the early Cold War, economic reconstruction and trade policies, and the formation of Comecon. The chapter then turns to the post-Stalin period, when Soviet leaders begin to increasingly see Comecon's role as a tool of regional economic integration. It examines the benefits of intra-bloc trade by comparing the region with other state socialist and developing states to demonstrate how membership in Comecon aided in facilitating rapid industrialization. Finally, it discusses the challenges Soviet and Central and East European leaders saw in expanding trade with the West.

This chapter presents a structural account of East Europe's industrial transformation during the era of reform socialism. "Reform socialism" refers to institutional reforms socialist states began introducing beginning around 1968, when economic problems like technological backwardness, low productivity and poor product quality became apparent to Communist leaderships across the region. While reforms were carried out unevenly, they are significant in that they coincide with a number of important developments in the world economy. The chapter argues that the 1970s was a crucially transformative decade for socialist economies, and especially for states on the forefront of economic reform. What proved most critical in determining the future industrial fate of socialist countries was the decentralization of trade authority away from central ministries to enterprises and Foreign Trade Organizations. The decentralization of trade authority gave enterprises direct exposure to the competitive pressures—and thus the dominant actors—of the world market.

This chapter looks at the rise of foreign direct investment (FDI), both as a new policy orientation, and as a process of capital flows with institutionally transformative consequences in postsocialist economies. While the previous chapters focused largely on political elites and macro-institutional change during the late socialist era, this chapter shifts attention to the impact of organizational processes at the firm level during the immediate postsocialist period in driving the transition towards globally integrated postsocialist industries. The chapter systematically examines patterns of institutional change from joint ventures to foreign direct investment across the region, and demonstrates the capacities of economies with the most diffuse experience with socialist proto-globalization in making the most rapid gains from globalization after economic liberalization post-1989.

This chapter completes the account of trajectories of globalization by examining patterns of structural transformation and how these cumulatively led individual Central and Eastern European economies towards new international roles in world market integration during the 2000s. Over time, legacy factors matter increasingly less while the politics of adjustment came to matter much more. The chapter uses comparative data to trace patterns of structural transformation leading states to adopt one of the three distinct roles in international market integration: assembly platform, intermediate producer, and combined. The chapter defines the international market integration of small, developing states in a globalized economy as the structural position the nation's industry assumes within global production networks. The concept incorporates both the aggregate role a nation's industry holds in global value chains and the associated (national) political economy or institutional framework within which the organization of industrial activity takes place.

This chapter demonstrates how political factors determined the path of postsocialist development and international market specialization in the 2000s. International market roles of individual economies built upon the cumulative advantages in transnational production Central and Eastern European economies gained during their socialist experience, but it was the political challenge of turning cumulative advantage into a sustained comparative institutional advantage that brought important gains in the capital, technological and skill base of the economy that concerned the politics of reform in the 1990s and 2000s. It was here that the interplay between industrial restructuring and reform of other institutions of the political economy came to matter. The chapter examines these policy patterns to show the divergent specialization of Hungary and Slovakia into an assembly platform, Czech Republic and Slovenia into an intermediate producer, and Bulgaria, Poland, and Romania into combined roles.

The book's concluding chapter reexamines patterns of postsocialist development in light of historical opportunities and constraints and patterns of domestic political forces. It recaps the book's key claim on the importance of organizational capacities these economies built during the reform period of the 1970s in opening the path for the region's integration into the capitalist world economy after 1989. The chapter summarizes comparative paths of transformation by highlighting temporal sequences and intervening causal mechanisms during critical junctures in determining institutional developments in the region.