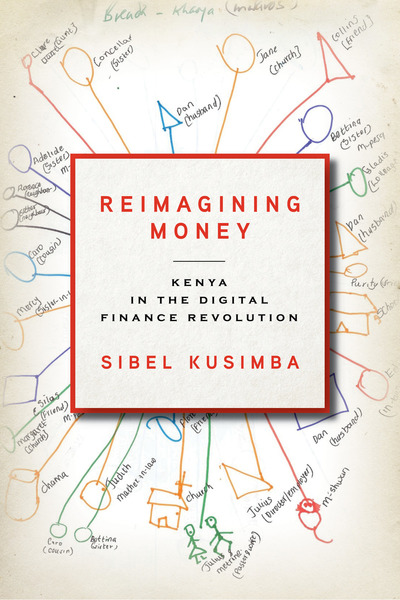 The digital money revolution has brought money on mobile phones to many parts of the world. First used on a large scale in Kenya, mobile money has given poor rural households and women more access to money. The money transfer network is creating new ways to conduct banking, finance, and commerce. Many commercial interests believe that these new digital forms of money will reduce poverty or empower the marginalized. But concern exists that the new technologies will actually exclude or harm the poor. Previous research has produced conflicting results. This book will use an ethnographic perspective to understand what people are really doing with money in their everyday lives. It will follow an approach called the social meaning of money, after the work of Viviana Zelizer, which describes how people use money to form distinct and meaningful relationships. The book argues that people use money to build and sustain money networks, a theory it calls wealth-in-people.

This chapter explains mobile money networks, especially the relationships and technologies connecting airtime, banks, mobile network operators, cash, government regulators, agents, and users. It describes their origins in how mobile phone users began to save, send, and exchange airtime credit, and how airtime transfer inspired the design of money transfer services in the 2000s. It uses ethnographic examples and my own and my informants' experiences with airtime money, with agents, and with money sending to draw out the themes of reciprocity, friendship, family obligation, distribution, and networks that are at the heart of the book.

This chapter explores how business innovators, entrepreneurs, and development thinkers from both Africa and the West think about money innovation. Discussing innovation in Africa almost always refers to its history of poverty and underdevelopment and invokes the promise of leapfrogging to put underdeveloped Africa ahead of the West. The African money laboratory has considered diverse solutions like index-based insurance, digital microcredit, QR code payments, sports betting, a cross-border cryptocurrency called dala, and pay-as-you-go solar power. It discusses the contrasting ways leapfroggers imagine and anticipate the future of African money, mobile technology, and payments.

4 Whose Money Is This?
chapter abstract

This chapter examines the counter-narratives to the leapfrogging trope. These counter-narratives emphasize cultural wealth and local creativity, pointing to Kenya's innovation hubs and entrepreneurial spaces, and the regulatory innovators at Kenya's Central Bank as important examples of Global South innovation. The chapter also reviews the undesired consequences of digital money, such as digital inequality and digital divides, indebtedness and inequality, the emerging economy of personal data, government taxation, and increased currency instability, and asks why digital finance and financial inclusion have failed to improve lives.

This chapter uses the history of money in Africa to develop a theory of money called wealth-in-people. In a nutshell, wealth-in-people describes how people seek, claim, and call on rights in other people. In so doing they use things, especially money, to shape ties of obligation, debt, and alliance with others. In particular, then, money is the agency to do things with, for, and through other people, especially the ability to influence and mobilize others, and draw on their labor, loyalty, or affection. I will describe the kinds of value that prevailed in East Africa historically and the subsequent social impact of currency money and digital money. I will describe how new forms of digital money have been incorporated into a long-standing coming-of-age ritual in Western Kenya.

This chapter looks at the impact of money transfer technology on families in Western Kenya, using a social network perspective to reveal who sends money to whom. The social network drawings of money transfer pathways reveal women-centered ties and money flows. The chapter also discusses co-produced drawings to show how women themselves model and understand the roles of importance they take on as redistributors of everyday currencies like money and food. At the same time, not all women are benefiting from these remittances in ways we might expect precisely because of their redistributive roles, especially women in overall circumstances of poverty.

The money channel is not a passive set of rails. It is continually remade by everyday acts of money sending. These pathways of distributive labor, like the agent network and the mobile network, extend access through ties and connections. People shape and build their wealth-in-people around three overlapping objectives: to belong, to survive, and to get ahead. They circulate money to show caring, presence, commitment, and to perform the obligations of kinship. Their wealth-in-people provides the material support through which they survive and endure poverty. And money networks generate wealth-in-people through savings groups, financial clubs and cooperatives, welfare associations, and other new groups.

This chapter examines strategies of non-use. Because their resources are limited, people must find acceptable ways to break these norms of generosity—to not give. Strategic ignorance describes a way to retreat from the information, resources, and relationships of one's social ties in order to lessen the obligation to give. People blame technology—the unreliability of networks and the distortion and deception wrought by mobile communication. By delegating responsibility and agency to their devices, people negotiate strategies of non-use. In this chapter I will describe how changeable strategies with mothers, fathers, friends, and co-members reveal the moral weight and social dilemmas of these negotiations, and ultimately, the fragility of wealth-in-people.

9 Reimagining Debt: The Rat and the Purse
chapter abstract

This chapter will discuss the issue of finance and debt and the consequences of debt made widely available on mobile phones. Women who have been the targets of microloans juggle debt among different kinds of money and financial relationships. The discussion is facilitated around research participants' drawings depicting different kinds of debts as visual metaphors, for example a rat, a purse, an eye, or an airplane. I use the metaphors to explain the use of digital loans as part of a networked set of financial instruments. This allows me to show how women create and perform roles in networks using these monies. I point out that digital microcredit becomes folded into money flows with friends and family and is also shaped by informal relationships with agents, which are largely invisible to quantitative research on debt.

In this chapter, I describe how the money as wealth-in-people approach was applied to a fintech design. I came to consult for the M-Changa company as part of a Gates Foundation effort to scale a crowdfunding platform for a larger customer base, including low-income or rural clients. In assisting the project, I had the chance to apply the wealth-in-people model to a design challenge and work with human-centered design (HCD) and behavioral economics consultants, along with many M-Changa users and non-users in focus groups and surveys. This chapter discusses barriers to scale facing Kenyan fintech and reflects on the differences in perspective between the wealth-in-people approach and the behavioral economics approach with regard to design, money, and the needs of the poor.

I summarize how finance via phones in Kenya is building new kinds of social and financial networks, rather than simply copying a commonsense view of what finance is from the West. I suggest that a household diary approach, which is standard in this area of research, needs to be combined with an awareness of networks and of the social meaning of money. I provide some design ideas for money as wealth-in-people, based on the symbolic dimensions of money that my research participants drew in self-portraits: the boat, the rat, the lockbox, the eye, and the airplane. Finally, I discuss the growing merger between digital money and data platforms, and the risks of losing sight of the role of people in data infrastructures.