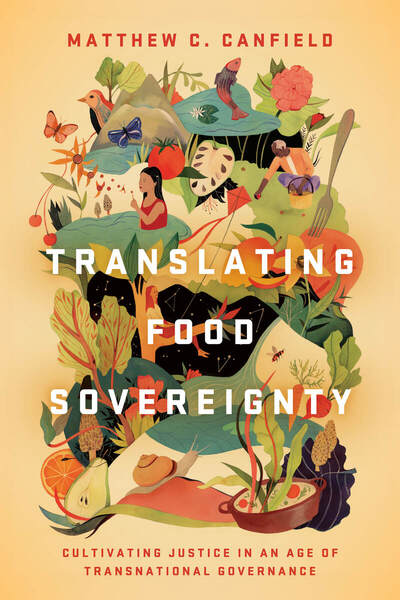 The Law and Politics of Food Sovereignty

IN 2011, I crowded into the basement of a small church in downtown Oakland, California, with activists from across the country for the first US Food Sovereignty Assembly. It was just three years after a global food and financial crisis had upended the global economy. In a political moment gripped with concern over economic inequality, food was becoming a powerful symbol and site of social change. As people began to arrive at the church, I was immediately struck by those who had been invited. They did not resemble the hippies, hipsters, and affluent white consumers I had come to associate with “food activism.” They included the people most marginalized and exploited by the industrial food system: migrant seasonal farmworkers, Indigenous communities, organizations of the urban food insecure, and small family farmers. These were not groups that had typically been politically aligned. In fact, they had often been pitted against one another as competing interest groups in US food and agricultural policy. Yet in the previous three years a small group of US-based activists with links to burgeoning global peasant movements had assembled these groups with the hope of uniting them over their shared grievances. Sitting in the back of the room as a volunteer notetaker, I watched with curiosity, wondering what it would mean for these groups to claim “food sovereignty.”

Over the past two decades, millions of people across the world have taken up the claim of food sovereignty. The claim was first articulated in the 1990s by small-scale food producers in the transnational social movement La Vía Campesina, the International Peasants’ Movement. Food producers initially united to oppose the threats to their lands, livelihoods, and diets posed by the liberalization of food and agricultural markets through the World Trade Organization. Almost immediately after it was articulated, however, the claim of food sovereignty quickly spread. By the mid-2000s, when skyrocketing food prices caused a global food crisis, other constituencies of food systems, including food-chain workers, fisherfolk, and poor urban consumers, also began to claim food sovereignty to demand local control over their food systems. Food sovereignty alliances now exist in almost every region of the world, making food sovereignty one of the most widely mobilized contemporary social justice claims.

The precipitous rise of movements claiming food sovereignty reflects the state of contemporary food systems. Today there is widespread agreement that our current global food system is socially and ecologically unsustainable. Despite the consistent global consensus of the need to end global hunger, more than 2 billion people in the world lack access to adequate food, including 37 million people in the United States.1 Beyond food insecurity, malnutrition is also surging. If one combines both of its forms (over-and underconsumption), malnutrition now constitutes the world’s number one cause of ill health.2 Although powerful nations and corporations have consistently pushed the expansion of industrial agriculture, it is clear that this system has not only failed to address hunger but is also responsible for vast ecological devastation. The global food system is one of the largest contributor to global greenhouse gas emissions, deforestation, and the destruction of global biodiversity.3

These problems were made even more manifest during the coronavirus pandemic. During the worst of the crisis, newspapers in the United States printed stories of farmers dumping milk and euthanizing livestock alongside pictures of snaking lines of cars waiting outside food banks and workers jammed together at meat processing plants suffering from high infection rates. The US food system—once celebrated as the apotheosis of abundance and efficiency—was revealed to be a shaky structure crippled by corporate consolidation. In the United States we are witnessing growing monopolistic control over the food and farming sector. Four or fewer firms control the market for agro-inputs, beef and grain processing, and many major food commodity chains.4 Globally, four or fewer firms also control almost all commercial agricultural inputs. Just four companies control 60% of the global commercial seed industry and 90% of the global grain trade, and three companies control 70% of the agrochemical industry.5 This centralization of control over food systems in the hands of so few is a driving factor in many of the problems that we are seeing today. As the International Panel of Experts on Sustainable Food Systems puts it, the industrial food system is just “too big to feed.”6

The activists gathered in Oakland were all organizing in response to these issues. Many of them shared these same grievances. But over the course of the day-long meeting it became clear that they also had different priorities. Farmworkers on the West Coast were fighting for fair working conditions in the industrial food system, whereas Indigenous communities were seeking to rebuild their traditional food systems after centuries of settler colonialism and unhealthy donations from the commodity food system. Other groups, such as the Detroit Black Community Food Security Network, were working to dismantle racism in the food system and create consumer cooperatives and urban farms to promote urban food security. Even though the participants of the assembly came up with a long list of rights—from the rights of Mother Earth to the right to access land—none of these claims captured their disparate struggles. In a country in which the language of rights has served as the dominant grammar for social justice movements, the activists participating in the US Food Sovereignty Assembly wrestled to consolidate their demands into a single claim that simultaneously respected their diversity and united them into a movement.

As the debate unfolded, it was clear that they faced profound strategic questions: What would it mean to claim sovereignty rather than rights? How could they translate food sovereignty across their divergent contexts? And how could a claim that was developed in the global South be adopted and mobilized by activists in the very different political, economic, and agrarian context of the United States?