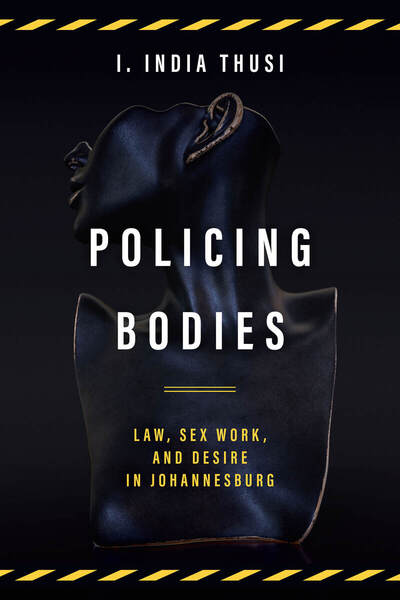 The introduction provides an overview of issues involved in the policing of sex work in South Africa. The policing of sex work reveals the ways that race, gender, and sexuality interact with criminal law. This book takes the form of a legal ethnography that examines both police and sex worker perspectives. Applying this methodology required unusually careful deliberation on access, ethical obligations, and safety, and this introduction outlines several of these considerations and discusses how the author's own positionality became a relevant factor in navigating each of these facets of the research.

Chapter 1 details the history of the regulation of sex work in South Africa and the development of the South African police force. The regulation of sex work has generally been approached through considering public nuisance and public hygiene rather than crime. In the past, public policy marginalized sex workers as vectors of disease, revealing how legal tolerance of sex workers does not necessarily translate into respect for sex workers. This chapter also details the development of the police organization in South Africa. It examines police nostalgia about apartheid, the challenges in reforming the police organization, and the policing of sexualized violence. This chapter highlights the unique considerations that police face when policing women in general, and policing sex workers in particular.

Chapter 2 describes how police perceptions about the appropriate role for female sexuality on the continuum of public to private spaces impact the policing of sex workers. The visibility of deviant sexualities created a complex geography of sex work, as diverse as it was subversive. The distinction between public and private influenced the approaches police adopted to the policing of sex work. This chapter focuses on the Hillbrow area of Johannesburg, where there was a legalized and regulated policing approach to sex work. Sex work that occurred in quasi-private spaces, such as brothels, was heavily regulated and subject to varying license agreements and "understandings" between the police and brothel owners in Hillbrow. However, there was a blanket policy prohibiting street-based sex work in Hillbrow because the police determined that the sex work was more hygienic, and therefore permissible, where it was less visible.

Street-based sex work was tolerated in Rosebank and Illovo but was subject to informal rules negotiated between individual police members, sex workers, and clients. This chapter describes the risks of this informality, which include widespread corruption and police officers, predominantly Black, who felt nostalgia about apartheid. Police initially treated sex work as if it were decriminalized in order to respect the human rights of sex workers, but eventually replaced this approach a partial criminalization approach, where the clients of sex workers were targets for arrests. The sex workers reported feeling stigmatized; several sex workers reported being attacked by their clients who suspected that they were cooperating with the police; and I was caught in the cross hairs of this approach when police officers attempted to unlawfully arrest me when I responded to a sex worker's plea for assistance during one of these arrests.

This chapter discusses how subjective understandings of the bodily capital of the sex workers and police perceptions about beauty were connected to the policing of sex workers. In Hillbrow, the police officers appeared to respect brothels with beautiful sex workers, reasoning that these sex workers were "true professionals." Police officers had clear views about which brothels and sex workers possessed "beauty," and there was a connection between the frequency of police raids and the perceived beauty of the sex workers. The police engaged in additional raids and heightened policing of brothels that they described as having more professional sex workers, although they also indicated that they were less dangerous. This chapter examines why police appeared more likely to police less dangerous spaces.

This chapter argues that the current feminist debates about sex work largely ignore the lived reality of sex workers. The ethnographic findings show that women, particularly women in developing countries who experience intersectional forms of marginalization, have the ability to act in resistance, even within patriarchal systems and structures. This chapter argues that the popular, radical feminist framework ignores the harms of criminalizing sex work clients and elevates elitist moral arguments about sex over the experiences of sex workers of color who often experience harm from the criminal legal system. This chapter adopts an intersectional theoretical framework to challenge feminist accounts of sex work that rely on the use of punishment and criminalization. It cautions against the use of criminalization as a form of protection while suggesting that alternative strategies, including communication and narrative strategies complement current advocacy for the decriminalization of sex work.