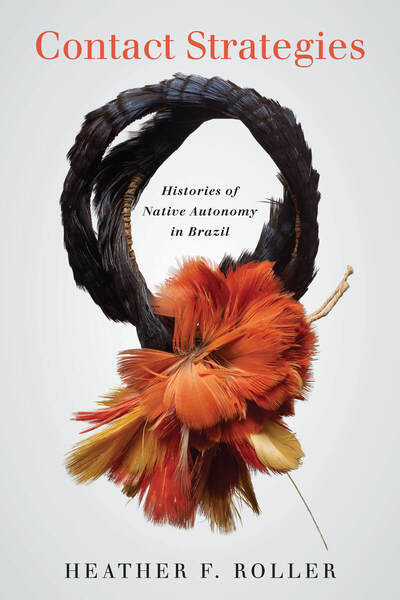 The book opens with a story about contact from an Indigenous perspective. It introduces the reader to Native societies of the horse (Guaikurú/Kadiwéu) and the canoe (Mura) and frames these groups as emblematic, rather than exceptional, in maintaining their autonomy through the centuries. Two of the book's core arguments are presented. First, Native peoples often took the initiative in seeking contact with outsiders and in controlling the pace and extent of contact. Second, contact did not inevitably weaken cultural integrity; rather, it could be source of cultural innovation over time. The book's main source materials are also introduced, with a focus on how familiar sources can be read for evidence of Native motivations and aims and how documents from neglected regional archives can shed new light on the dynamics of contact.

If Indigenous peoples typically have been portrayed as either reactive or passive, they appear in this first chapter as creative and resourceful in navigating their rapidly transforming world. The first chapter finds them spying, scouting, traveling great distances, and temporarily immersing themselves in colonial contact situations, so as to obtain more information about the colonial world and its shifting mosaic of threats and opportunities. The chapter also introduces readers to the interior forests and river systems that served as safe refuges and strategic routes of communication for autonomous Native groups.

2 Why Embrace the Whites?
chapter abstract

By the late eighteenth century, some of the most powerful indigenous polities in Brazil had decided to forge more peaceful relationships with the Portuguese. That many did so without submitting to colonial governance suggests that we need to look beyond narratives of "pacification" to understand why these peace processes unfolded. This is the purpose of chapter 2, which reconstructs the peacemaking initiatives of the Mura and the Guaikurú in a narrative history style. As these examples show, Native projects of peacemaking aimed to open up new social, political, and economic possibilities.

For autonomous Native peoples, peace with colonial powers was not a static condition; instead, it was tested, renegotiated, and sometimes nearly broken. Celebratory narratives of such alliances, often found in high-level official correspondence, veil this long-term process of maintaining a fragile peace. To see it more clearly, this chapter examines reports from the frontlines of colonial contact with independent peoples. It is in these sources—with their expressions of frustration and then accommodation in the face of Native customs and demands—that we can find evidence of the Portuguese having to play by Indigenous rules of peacemaking. Concessions and compromise are most obvious in two main arenas of long-term interaction: peace talks and gift exchanges. This chapter considers each in turn.

4 A Return to War Is Always Possible
chapter abstract

The transition to national states and borders has been called the "most enduring divide" in the field of borderlands history, because it is seen as breaking all the molds and precedents of the colonial period. But if new nations (or a new empire, in the case of Brazil) brought the narrowing of diplomatic channels and of political opportunities for many Native peoples in the borderlands—now framed as "bordered lands"—independent Indians did not disappear or become irrelevant. Chapter 4 focuses on how, in the nineteenth century, autonomous Native groups in Brazil fought to defend what they had gained in their previous alliances with whites.

Chapter 5 challenges deeply ingrained narratives of Native decline and disappearance in Brazil. To do so, it examines the very sources that perpetuated the idea that Indians were vanishing: the writings of amateur ethnographers who visited Indigenous groups (particularly the Mura and Kadiwéu) in the late nineteenth and early twentieth centuries. At first glance, these authors depict the remnants of Indigenous societies on their way to extinction. When analyzed in a broader context, however, they reveal important continuities in Native modes of interaction with outsiders. The chapter focuses on three of these: strategic friendships with non-Indigenous people, exchange and consumption of trade goods (especially alcohol), and conflicts over territory.

The conclusion turns to descendant communities to consider how historical strategies of contact shape contemporary Indigenous struggles for autonomy and self-determination. At a time when Native lives, identities, and claims are coming under renewed attack in Brazil, Indigenous groups across the country have powerfully affirmed their spiritual, historical, and ecological roots in particular places. They also have reminded their detractors that doing things associated with non-Indigenous people—like adopting new technology, spending time in cities, or participating in the market—does not negate their Native identity. As the book shows, such forms of engagement have been central to their collective survival for a very long time. The protective measures that Native communities have put in place during the coronavirus pandemic also speak to historical strategies for controlling contact with outsiders.