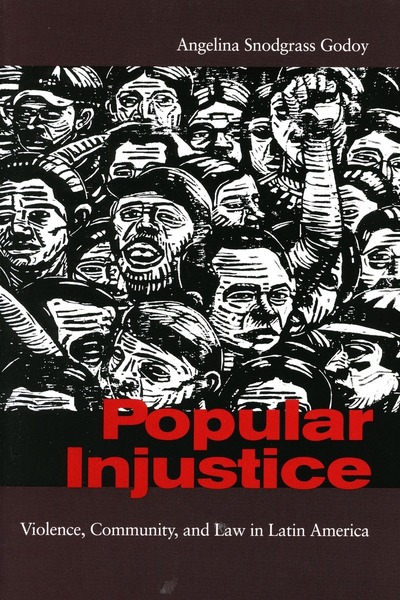 Popular Injustice focuses on the spread of highly punitive forms of social control (known locally as mano dura) in contemporary Latin America. Many people have not only called for harsher punishments, such as longer prison sentences and the reintroduction of capital punishment, but also support vigilante practices like lynchings. In Guatemala, hundreds of these mob killings have occurred since the end of the country's armed conflict in 1996. Drawing on dozens of interviews with residents of lynching communities, Godoy argues that while these acts of violence do reveal widespread frustration with the criminal justice system, they are more than simply knee-jerk responses to crime. They demonstrate how community ties have been reshaped by decades of state violence and by the social and economic changes associated with globalization.

Angelina Snodgrass Godoy is Assistant Professor of Law, Societies, and Justice in the Jackson School of International Studies at the University of Washington in Seattle.

"In this compelling and disturbing book, Angelina Snodgrass Godoy offers a nuanced analysis of a phenomenon that strikes at the very heart of democracy: mass popular uprisings which often led to the violent murder of people suspected of usually relatively minor crimes in post-civil war, democratic Guatemala... Godoy argues convincingly and contrary to most popular prescriptions (including, for example, Mendoza's) that the answer is not (only) to strengthen the state, but to open up more space for indigenous law... This is a highly satisfying book about a difficult and disturbing topic. It will be useful to anyone interested in forms of social control, inequality and the rule of law, the relationship between formal and informal institutions, the current state of democracy in Latin America, and the legacies of authoritarianism and civil war for emerging democracies everywhere."

"Godoy's recent and eloquently written book Popular Injustice... explores the rise of lynching (linchamientos) and support for punitive mano dura politics in Guatemala... Richly exemplified with excerpts from interviews, Godoy scrutinizes the reasons and justifications behind the lynchings in Guatemala... It is a useful book for anyone interested in the anthropology of violence, crime and resistance or in local-level politics in Latin America, but it also resonates with discussions on post-9/11 global politics where security is increasingly purchased at the price of justice."

"[A] fascinating and at times deeply moving book that sheds light on some of the most important social and political issues currently facing Latin American governments and populations."Journal of Latin American Studies

"This book is a breakthrough that builds on the growing body of literature about crime and governance. Godoy offers rich narrative evidence and often stunning insights about globalization, democratization, the rule of law, transitional justice, and the war on terror."

"This is a truly original, sophisticated, and nuanced interpretation of lynchings as a form of popular injustice. I know of no other work that addresses such a poignant issue. Godoy examines this difficult topic with audacity and sensibility, but also with due attention to the multiple layers of meaning and causality behind such a complex phenomenon." 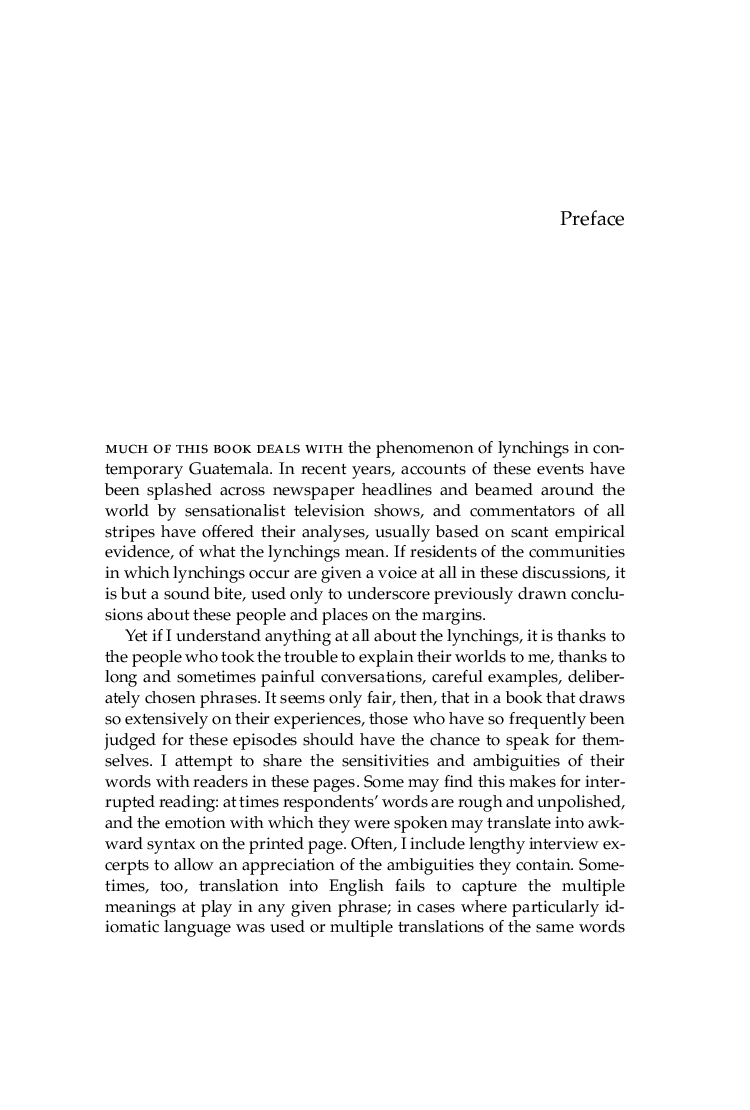 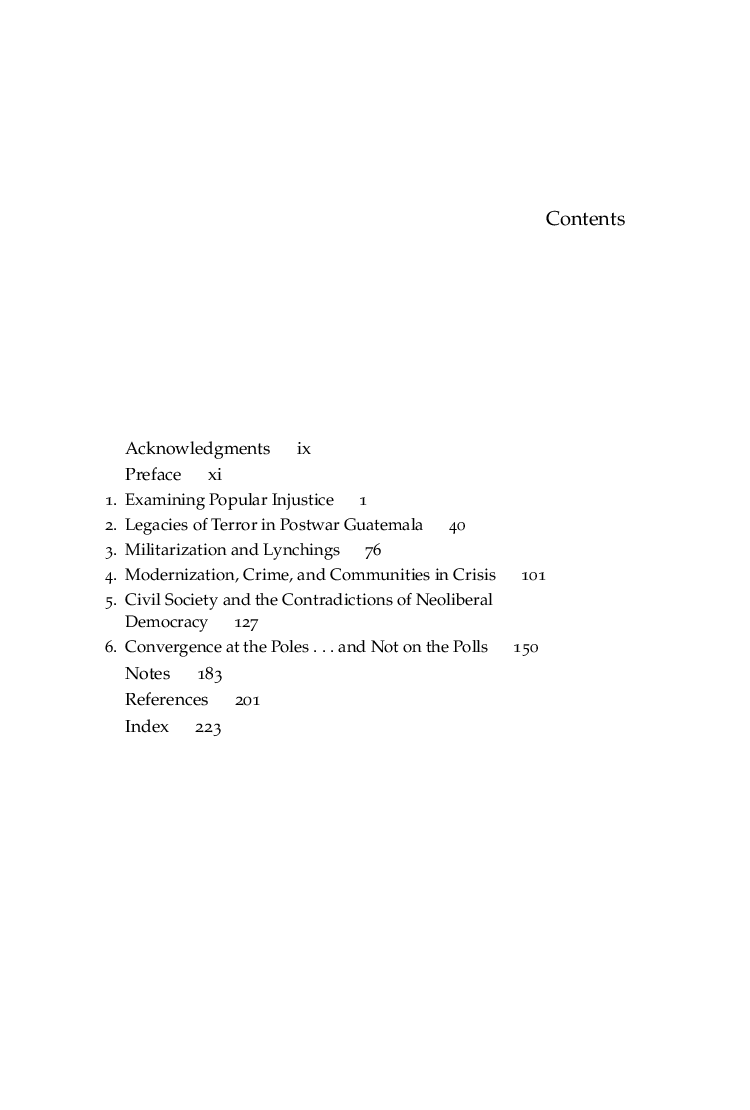