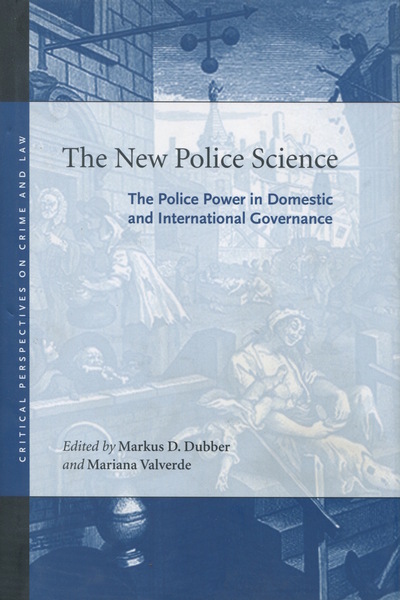 This timely volume provides a critical analysis of the most comprehensive and least comprehended of state powers, the power to police, broadly understood as the power to maximize public welfare—or, more colorfully, its "peace, order, and good government."

Featuring contributions by leading scholars from several countries working in a variety of fields, including law, criminology, political science, history, sociology, and social theory, The New Police Science examines the power to police as a basic technology of modern government that appears in a vast array of sites of governance, including not only the state, but also the household, the factory, the military, and—most recently—the global realm of war, police actions, and peacekeeping. This volume resurrects and radically re-envisions the once thriving study of police science as a comprehensive critical inquiry into the nature of governance.

Markus D. Dubber is Professor of Law and Director, Buffalo Criminal Law Center at SUNY Buffalo School of Law. He is the author of The Police Power: Patriarchy and the Foundations of American Government (2005) and Victims in the War on Crime: The Use and Abuse of Victims' Rights (2002). Mariana Valverde is Professor at the Centre of Criminology, University of Toronto.

"This is an important book because it casts contemporary and historical

understandings of police, the police power(s) of states, and the meaning of the verb 'to police' into a new light. It brings together...a stunning

"This innovative collection of essays rescues the concept of police from its limited application with criminology and police studies, and insists on its importance to the social analysis of law, regulation, and government. The result is a significant and provocative social analysis of police power, broadly understood."

—Ian Loader, Professor of Criminology, Director of the Oxford Centre for Criminology, and Fellow of All Souls College

"This terrific book brings together scholars from a range of disciplines who share a sense that police forces and the legal doctrine of the state's police power have a greater connection than is usually believed—that the common vocabulary reflects common roots in a particular worldview, which is profoundly antiliberal and antilegalistic." 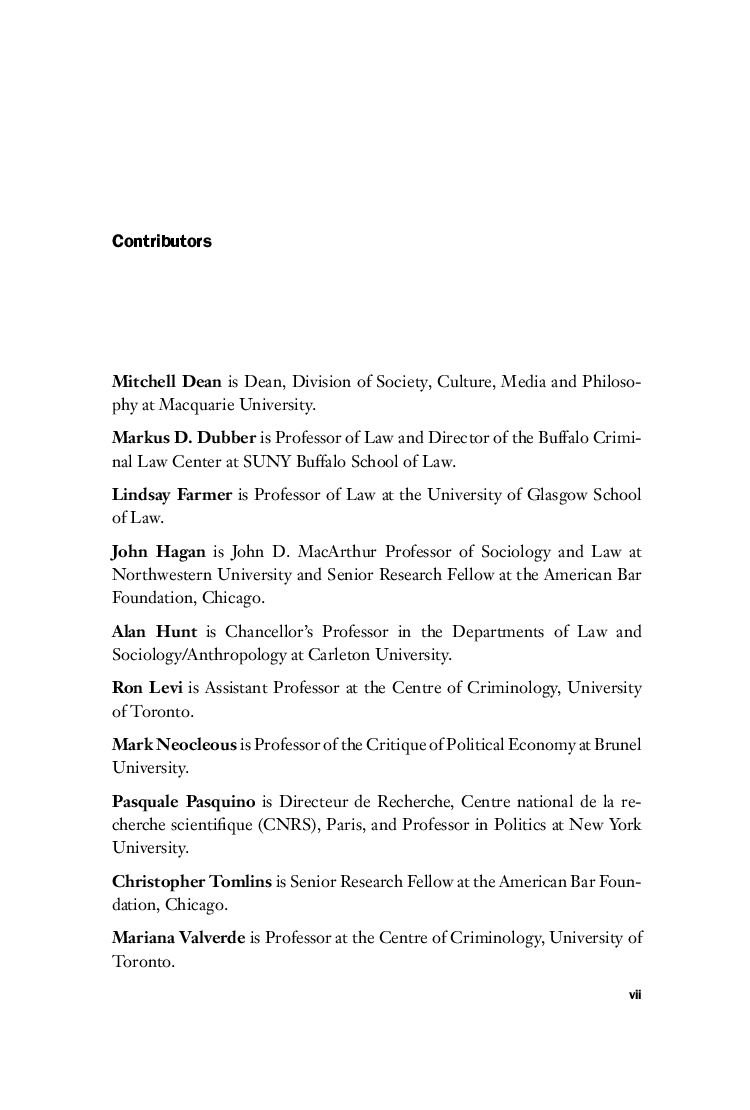 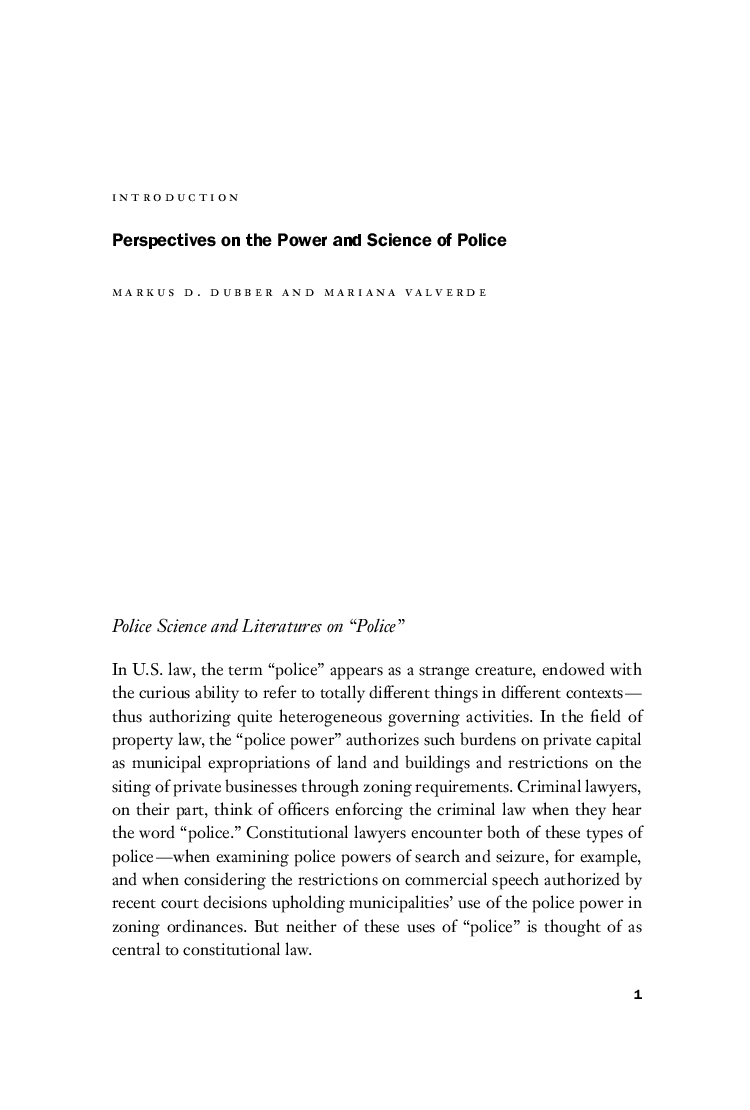 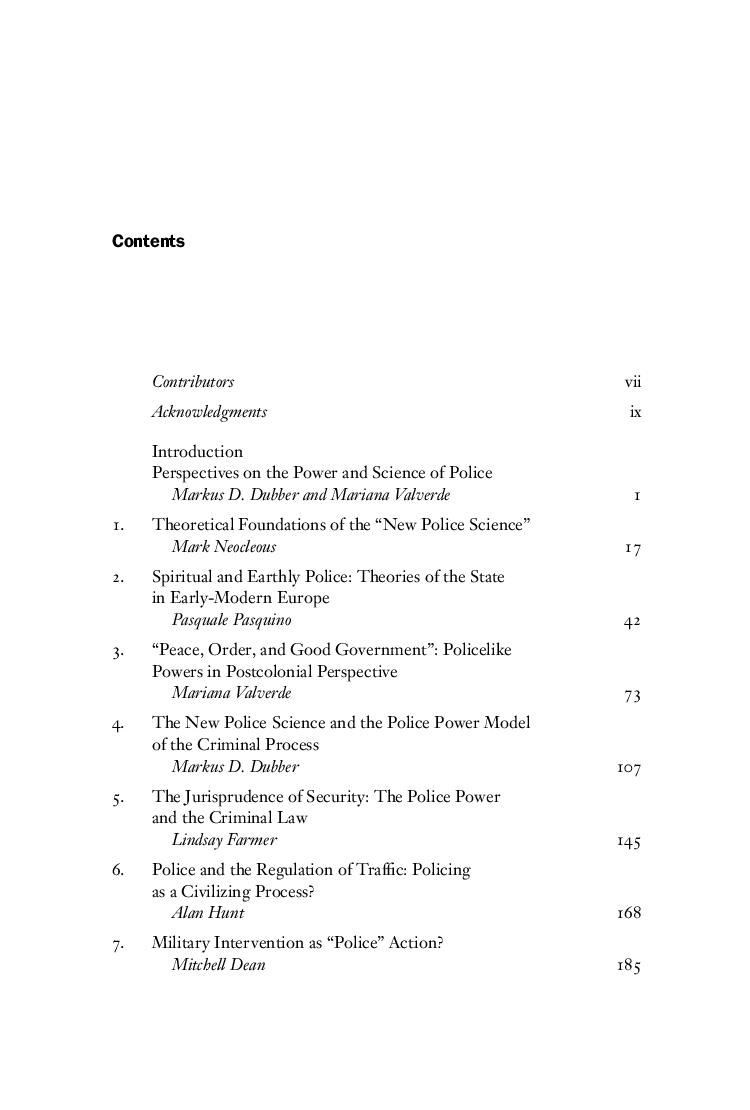