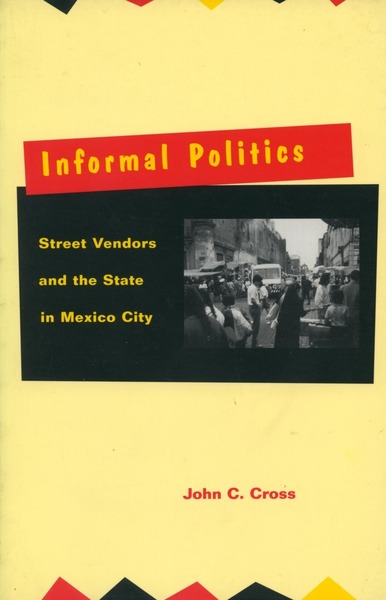 As economic crises struck the Third World in the 1970s and 1980s, large segments of the population turned to the informal economy to survive. Though this phenomenon has previously been analyzed from a strictly economic point of view, this book looks at street vending in the largest city in the world, Mexico City, as a political process.

Employing a street-level analysis based on intensive participant observation, with interviews, archival research, and surveys, the author presents a view of political processes that provides new theoretical insights into social movements, state institutions, and politics at the fringe of society, where legality blurs into illegality and the informal economy intersects with its political counterpoint—informal politics. By studying political processes at the street level and then tracing them up the political structure, the author also reveals the basic processes by which the Mexican state operates.

Street vendors have been successful in defending their interests in Mexico City, the author argues, because they are able to take advantage of certain structural features of the Mexican state, notably the weak integration of interests between policy-makers and policy-implementers. The author shows that when well-organized, street vendors can collude with state policy-implementers even when state policy-makers are influenced by powerful interest groups, such as large national and multinational corporations.

The book develops a systematic theory of the “political economy of economic informality” while raising new questions and theories about the state and social movements. Though the direct research is confined to the Mexican case study, the author suggests ways in which his conclusions can be applied to other developing areas in the Third World.

John C. Cross is a Visiting Scholar in Sociology at the University of California, Berkeley.

"An important and well-researched book that gives an unusual view of the Latin American political economy from the bottom where it starts."

"Informal Politics confronts a critical theme at an important scale for Latin Americanist scholars: urban politics, with attention to alternative political organisation among less advantaged populations. . . . [It] is an exceedingly timely book. . . . [It] is well organised, and will be a good read for scholars. Its ample, original field research and vital subject matter make it worth having on one's bookshelf."

"The book provides an often fascinating look into the politics surrounding street vending in Mexico City."