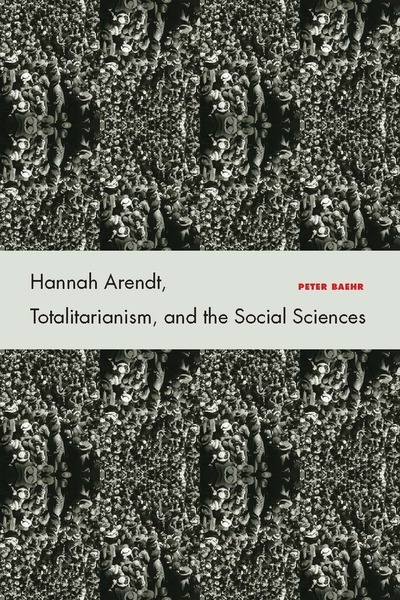 This book examines the nature of totalitarianism as interpreted by some of the finest minds of the twentieth century. It focuses on Hannah Arendt's claim that totalitarianism was an entirely unprecedented regime and that the social sciences had integrally misconstrued it. A sociologist who is a critical admirer of Arendt, Baehr looks sympathetically at Arendt's objections to social science and shows that her complaints were in many respects justified.

Avoiding broad disciplinary endorsements or dismissals, Baehr reconstructs the theoretical and political stakes of Arendt's encounters with prominent social scientists such as David Riesman, Raymond Aron, and Jules Monnerot. In presenting the first systematic appraisal of Arendt's critique of the social sciences, Baehr examines what it means to see an event as unprecedented. Furthermore, he adapts Arendt and Aron's philosophies to shed light on modern Islamist terrorism and to ask whether it should be categorized alongside Stalinism and National Socialism as totalitarian.

Peter Baehr is Chair Professor of Social Theory and Fellow of Asian Pacific Studies at Lingnan University. He is the author of Founders, Classics and Canons: Modern Disputes over the Origins and Appraisal of Sociology's Heritage (2002) and editor of the Viking Portable Hannah Arendt (2000).

"Baehr . . . does a commendable service to Arendt scholars by unearthing a range of sociological studies which seem to vindicate [Arendt's] complaint that social scientists had been trained to overlook the true horror of totalitarianism."

"[Peter Baehr] brings an extremely broad base of learning to bear here—sociological, historical, political, and philosophical. Baehr recaptures the illuminating debates between Hannah Arendt and three interlocutors (David Reisman, Raymond Aron, and Jules Monnerot) around the topic of totalitarianism . . . Baehr elucidates the position of each interlocutor with great care and sympathy, giving each more than a fair hearing—there are no straw men. Thus the volume is neither a mere celebration of Arendt nor a take-down. The reader is invited into a true conversation among these great thinkers. There is no grand thesis on offer, but readers are left with something more valuable—a lucid demonstration of how to think about the vexing phenomenon of the twentieth century."

"Baehr's project is to rehearse Arendt's critical indictment of social scientific understanding as a vehicle for comprehending totalitarianism, while juxtaposing this critique to the objections raised by practitioners like Reisman, Aron and Monnerot . . . Baehr's book, while not an example of 'Cambridge history', is animated by a similar spirit. Attending to Arendt's disputes with her social scientist interlocutors, he provides us with an admirably specific rendering of the novel kind of political entity Arendt thought she was delineating in Origins [of Totalitarianism]."

"The success of Baehr's argument in this book is due in no small part to the very extensive scholarship on which it is founded, which includes detailed archive research, close study of Arendt's voluminous correspondence and familiarity with the very broad range of secondary literature . . . Baehr's book should be required reading for political sociologists and historically-minded social scientists concerned with both the past and current states of their discipline."

"Although modest in its stated ambitions, the book is virtuous in ways that few works of contemporary sociology are and implicitly beckons others to follow in its footsteps . . . [Baehr's book] gives us neither potted acontextual summaries nor plodding historical treatments, but often riveting essaylike chapters that take us just far enough inside a given intellectual-historical episode to allow us to grasp its essentials, and then immediately pull us out to contemplate the broader significance. The book is also interdisciplinary in a way that few are. Rather than simply bringing multiple disciplinary perspectives to bear on some problem, it explicitly thematizes the tensions between competing perspectives, and between humanistic and social-scientific approaches more generally. Beyond this, Baehr writes clearly and with verve, and the book serves as a reminder of the power of good sociological prose."

"This book is a jewel, at once a splendid essay in intellectual history and an original meditation on the limits and possibilities of social science. One rarely encounters profundity with elegance. Baehr offers both."

"In this book, Peter Baehr undertakes a careful, lucid, and highly nuanced examination of some of the finest contemporary perspectives on how best to conceptualize and explain totalitarianism. He goes on to ask how we are to understand what is unprecedented in history. The result is exceptionally illuminating, not least because the author thinks and writes on the level of those he discusses."

"[Baehr] provides an original and compelling account of Arendt's critical engagement with social scientists around the question of totalitarianism." 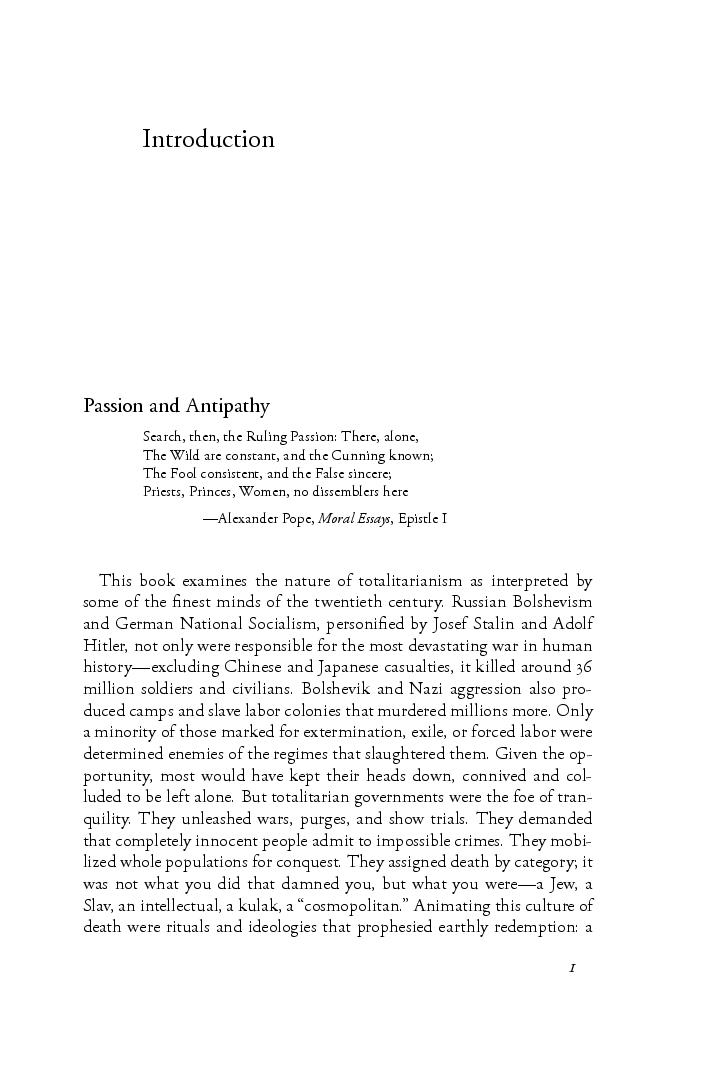 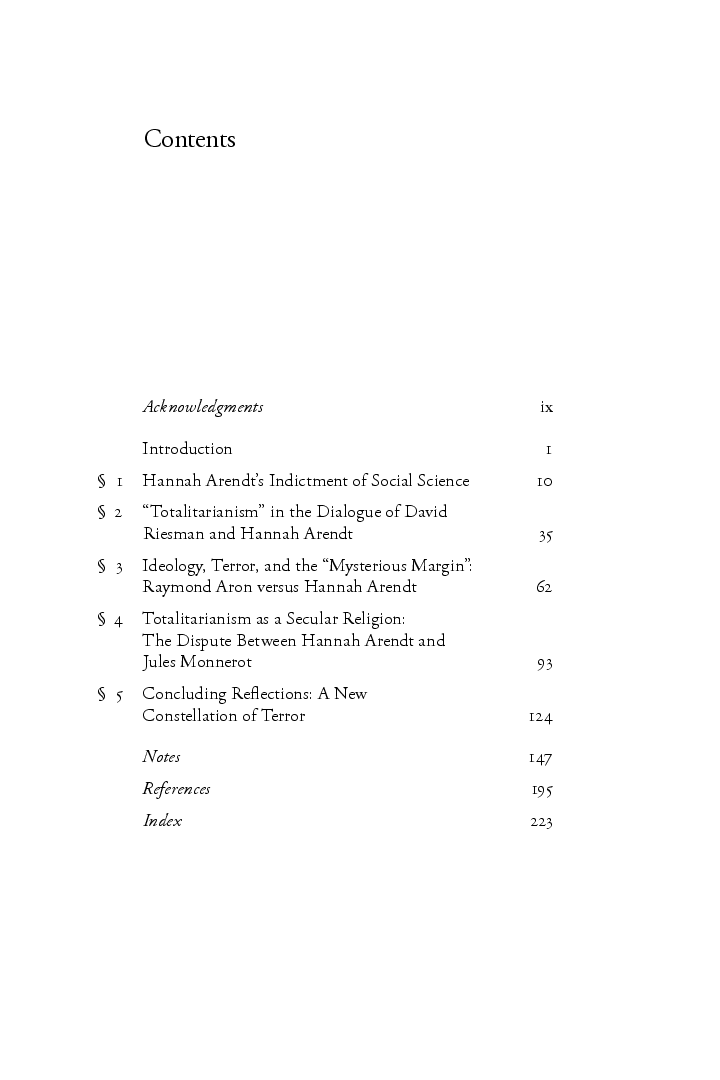