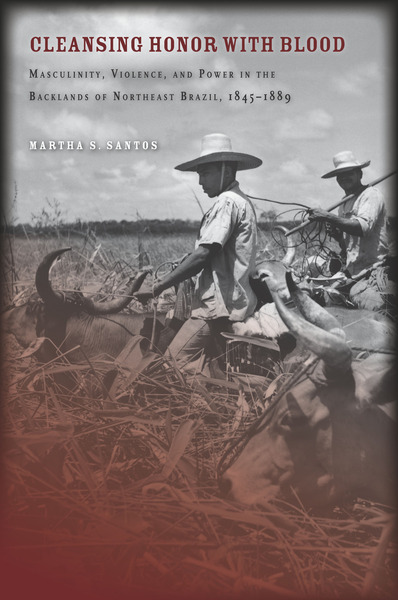 This book offers a critical reinterpretation of male violence, patriarchy, and machismo in rural Latin America. It focuses on the lives of lower-class men and women, known as sertanejo/as, in the hinterlands of the northeastern Brazilian province of Ceará between 1845 and 1889. Challenging the widely accepted depiction of sertanejos as conditioned to violence by nature, culture, and climate, Santos argues that their concern with maintaining an honorable manly reputation and the use of violence were historically contingent strategies employed to resolve conflicts over scant resources and to establish power over women and other men. She also traces a shift in the functioning of patriarchy that coincided with changes in the material fortunes of sertanejo families. As economic dislocation, environmental calamity, and family separation led to greater female autonomy and an erosion of patriarchal authority in the home, public—and often violent—enforcement of male power maintained patriarchal order in these communities.

Martha S. Santos is Assistant Professor of Latin American History at the University of Akron.

"Her book, based on a wealth of sources from property records to popular poetry, breaks new ground insofar as even the historiography of that region has tended to accept the idea of an immutable hypermasculinity. . . Santos presents us with a fascinating and innovative study that historicizes the construction of 'machismo' and attempts to distinguish various forms of patriarchy from 'violent' to 'fragile'. . . [A]n important contribution to the studies of gender, violence, and history of Brazil."

"Santos's work will serve especially well in advanced undergraduate courses and graduate seminars and will be of interest to scholars concerned with the economic, social, and cultural history of northeastern Brazil as well as the history of gender. Santos effectively grounds her discussion of gender and honor in the economic and social fabric of nineteenth-century Ceará and in doing so contributes to ongoing debates about the material and cultural origins of patriarchy."

"[T]he most significant contribution Cleansing Honor with Blood makes to an understanding of gender in the context of rural nineteenth-century Ceará is to accumulate details about how men and women of the region lived their lives and contested, while constructing, the roles available to them within their society."

"This book, based on Martha Santos's 2004 University of Arizona doctoral dissertation, is a welcome contribution to the field of northeastern Brazilian rural history. . . Santos's book is thoroughly grounded in the scholarly dialogue of our own times. It provides a good model for graduate students of how to engage our colleagues' work respectfully."

"Cleansing Honor partly confirms seemingly timeless stereotypes, but it is far more revisionist in explaining how such characteristics came to prominence. . . . Santos moves the sertćo from myth to the realm of history where it belongs."

"Santos presents a very important revisionist analysis of patriarchy and male violence in the Brazilian northeast. She historicizes the construction of masculinity and gender norms in the Brazilian rural interior, rejecting stereotypes of sertanejos as inherently violent. Instead, she shows how male identities based on personal courage and the willingness to use violence were linked to socio-economic constraints and discusses how both changed over time. She also explores the historical agency of women within a context of economic scarcity and gender inequality." 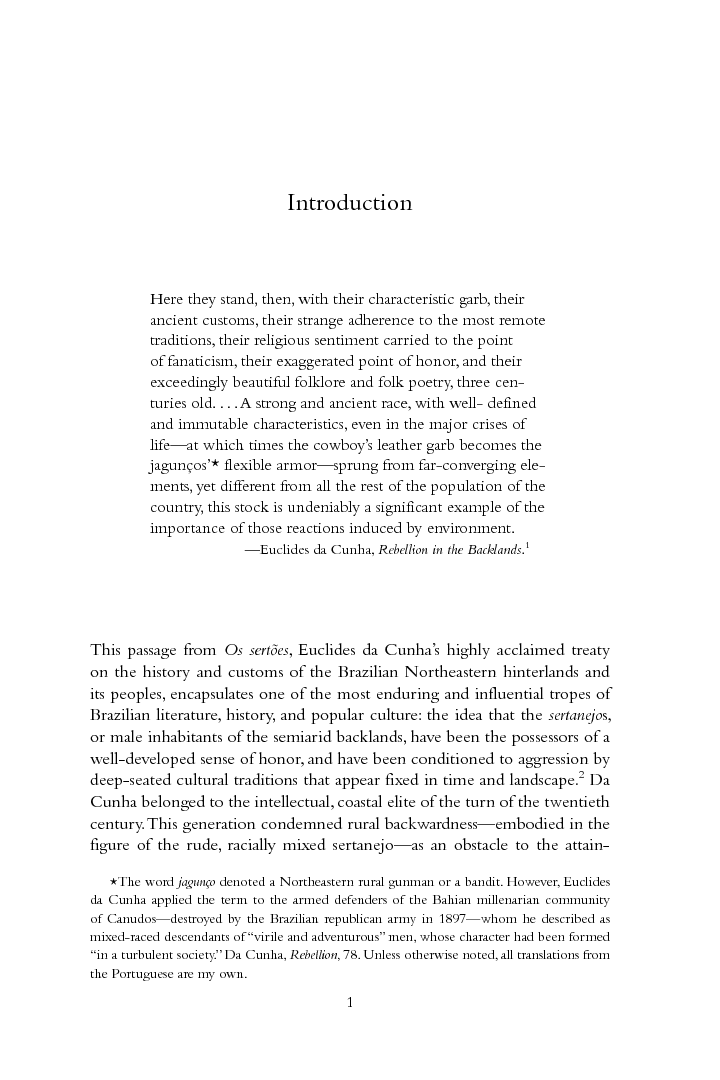 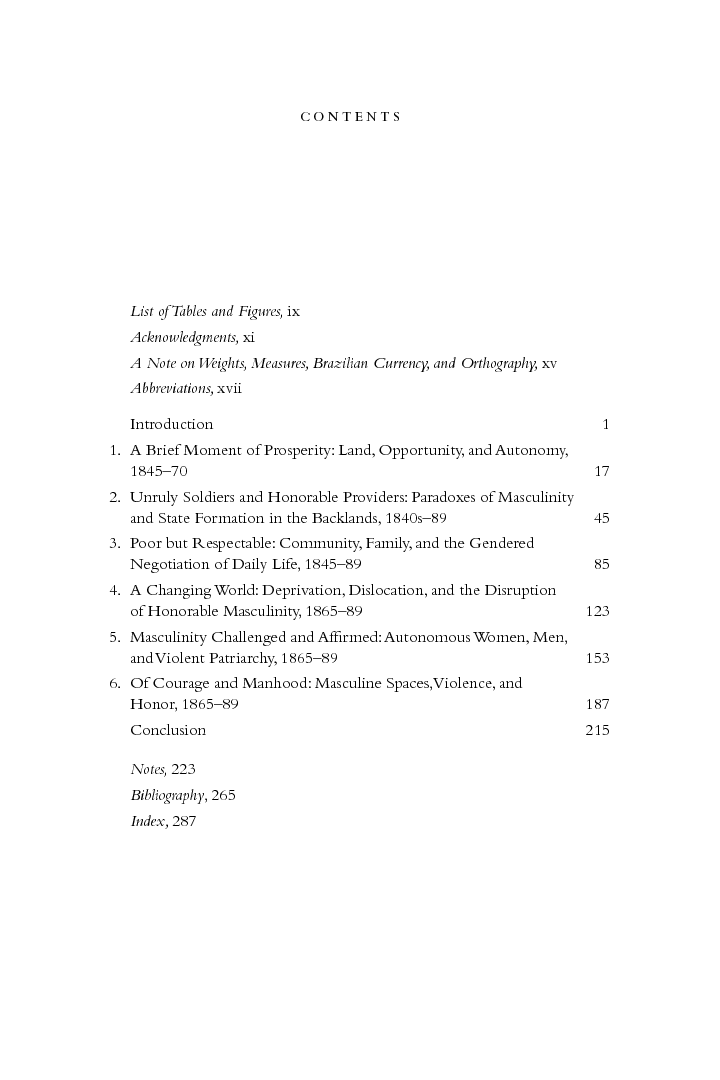 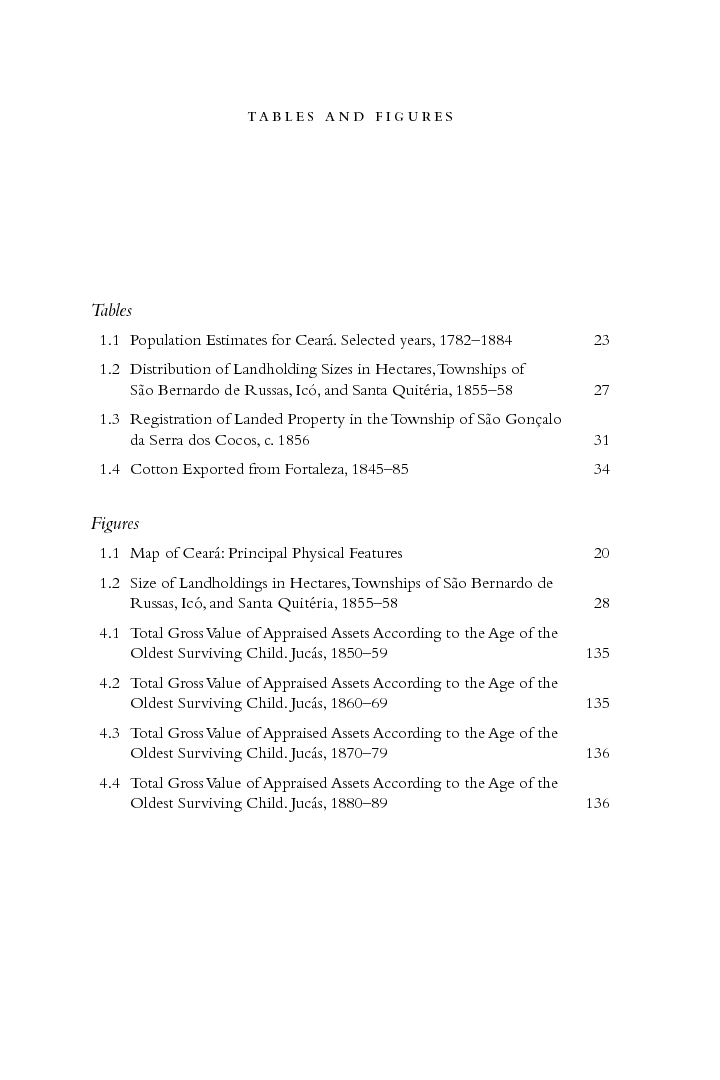