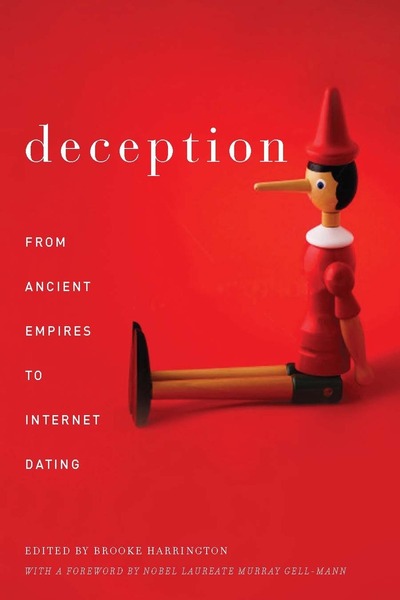 From Internet-dating profiles to Native American folktales to the photo trickery of Hollywood gossip magazines, this volume explores deception and offers insights from leading figures in disparate fields, drawing out surprising commonalities. For the first time, one broadly accessible volume pulls together classic philosophical debates on deception with examinations of contemporary issues, including stock market fraud and terrorism. Deception offers a unique perspective on the state of the art: readers will find scholars from biology and physics in conversation with experts in mass media and culture, and archaeologists engaged with ideas from military strategists.

As the essays make clear, deception touches virtually every aspect of our lives; in fact, recent psychological research suggests that we each tell at least two to three lies per day. Throughout the animal kingdom, survival and reproduction depend upon successful deceptions.

But while deception has captured the interest of philosophers, scientists, warriors, and artists over thousands of years, our knowledge of the subject is limited. At the same time, new technologies have made deception more commonplace, more dangerous, and more difficult to detect than ever. Deception is a particularly timely and insightful work. Its scope and subject make it compelling reading for a broad readership.

Brooke Harrington is Research Fellow at the Max Planck Institute in Cologne, Germany. She is the author of Pop Finance: Investment Clubs and Stock Market Populism (2008). A graduate of Stanford and Harvard Universities, she has been a visiting scholar at the Santa Fe Institute and has been recognized for excellence in research by the National Science Foundation, Russell Sage Foundation, and the Alexander von Humboldt Foundation.

"Brook Harrington's edited collection of essays is the product of a series of cross-disciplinary workshops held at the Santa Fe Institute in 2007, while Harrington was a Visiting Scholar. It includes essays by biologists, computer scientists, social psychologists, sociologists, political scientists, law professors, humanities professors, and poets. The mix of contributors reflects the editorial view that . . . it would be a form of 'reductionism' for the collection as a whole to offer a definition of deception. . . ."

"This book is not only very interesting, it is one that should be read by all those who are interested in achieving a better understanding of human behavior, regardless of context."

"Unlike many edited books, this book of chapters by different authors is uniformly well written."

"This quirky but wonderful book has one message: lies abound. Deception is everywhere and always has been...This first-rate book belongs bedside and in any number of disciplinary seminars on deception."

"One of the most important forms of communication—deception—is one of the least studied, in part because it deliberately blurs itself to get its effect, in part because there are so many forms of deception they seem to defy coherent analysis. A useful approach to the problem, then, is with a collection of investigators, each with a different angle, each aware of the others' contributions, each looking for signs of hidden structure. The result in this book, deliciously, is an introduction to the Science of Untruth."

"Well written, with fresh insights into deceptive behaviors in diversecontexts, this timely volume is a must-read for anyone interested in thelatest cutting edge thinking about deception."

—David Shulman, author of From Hire to Liar: The Role of Deception inthe Workplace

"Don't be deceived by the deceptively simple title. These fascinating essays by biologists, psychologists, sociologists, poets, and computer scientists reveal the complexities of studying deception across historical epochs and types of interactions—from the micromechanisms of facial muscles to online communications, from photography to finance, from the false mating signals of the carnivorous firefly to the literary trickster Brer Rabbit, from deception in warfare to self-delusion. Insightful analysis, and delightful reading."

—David Stark, Columbia University, author of The Sense of Dissonance: Accounts of Worth in Economic Life 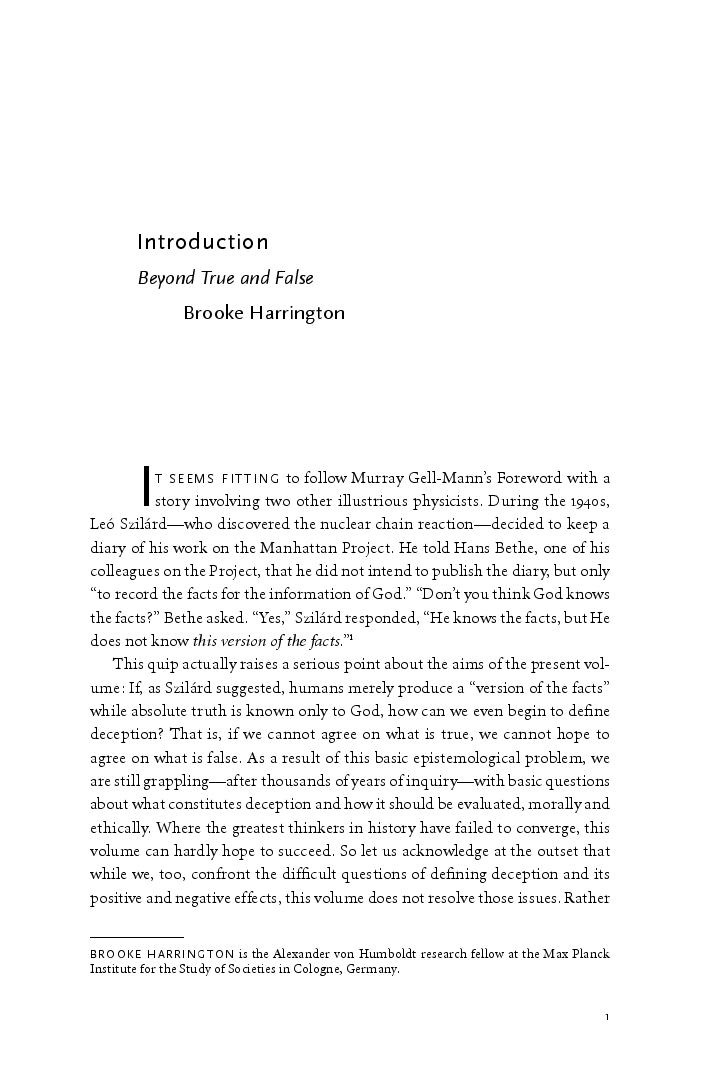 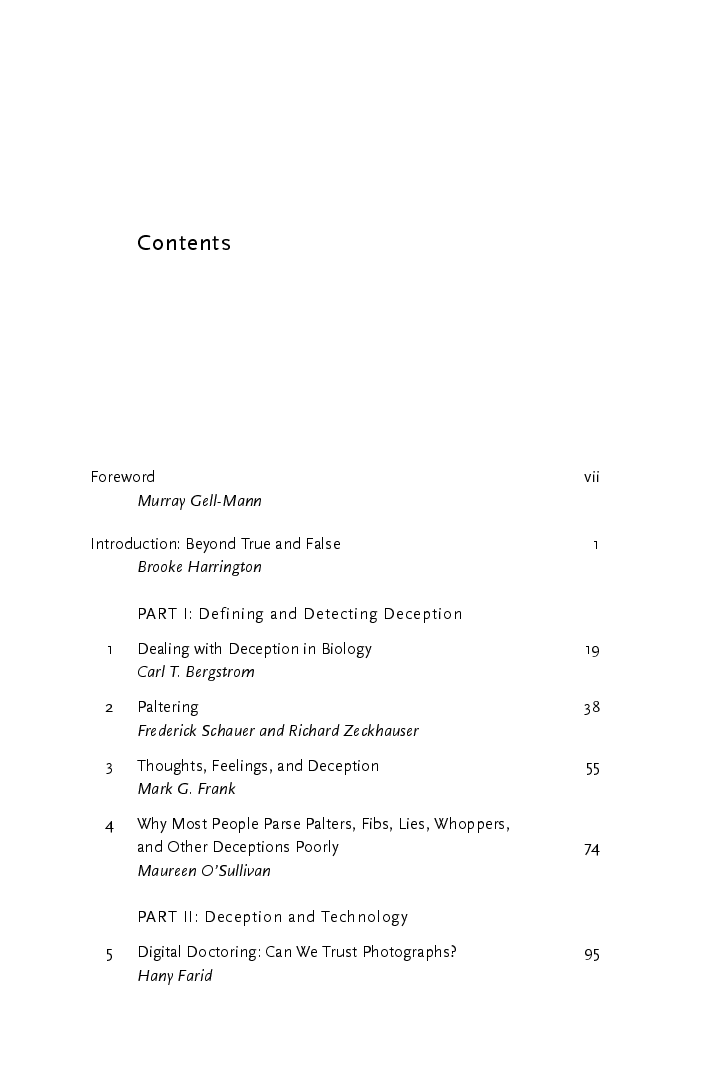