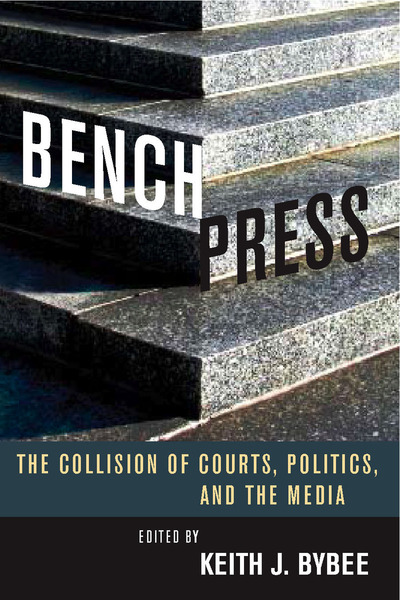 Bench Press
The Collision of Courts, Politics, and the Media
Edited by Keith J. Bybee
SERIES: Stanford Studies in Law and Politics

Federal court confirmations in the United States have become openly political affairs, with partisans lining up to support their preferred candidates. Matters in the states are not much different, with once sleepy judicial elections changing into ever more contentious political slugfests, replete with single-issue interest groups and negative campaign advertising. Once on the bench, judges at every level find themselves dogged by charges of politically motivated decision-making.

In this first-of-its-kind collection, prominent figures from the academy, the bench, and the press reflect on the state of the American judiciary. Using the results of a specially commissioned public opinion poll as a starting point, the contributors examine the complex mix of legal principle, political maneuvering, and press coverage that swirl around judicial selection and judicial decision making today. Essays examine the rise of explicitly political state judicial elections, the merits of judicial appointments, the rhetoric of federal judicial confirmation hearings, the quality of legal reporting, the portrayal of courts on the Internet, the inevitable tensions between judges and journalists, and the importance of regulating judicial appearances.

Keith J. Bybee is Associate Professor in the Department of Political Science and Michael O. Sawyer Chair of Constitutional Law and Politics at Syracuse University's Maxwell School of Citizenship and Public Affairs.

"Articulate, erudite, focused, thoughtful and thought-provoking, each of the nine essays is expertly written and together form a fascinating body of keen observation and scholarly commentary that make Bench Press an important, timely, and strongly recommended addition."

"This erudite and often provocative book addresses one of the most important challenges to American constitutionalism—the media representations of law and saturation of civic understanding. If we do not get this under control, our long-lived democratic republic will suffer. The authors outline the nature of the threats and a range of adjustments, offering a rich collection of voices from those who are struggling to regain integrity and independence for competing professions: the media and the judiciary."

"Bench Press offers a fascinating variety of perspectives on the politics of the judiciary. The essays, by first-rate judges, journalists, and scholars, take on important topics—judicial elections and appointments, judicial recusals, media coverage of courts—and in many cases break ground, moving far beyond the sound bite coverage these subjects often receive. There's no other book remotely like this one."

"Bench Press is a timely and provocative examination of the complex relationship among the judiciary, the media, politics and the public. In a series of essays by distinguished contributors, the book examines the conflict between the universal desire for an independent judiciary and the need for judicial accountability to ensure that judges apply the law as enacted by legislators rather than decree their personal biases and prejudices. Bench Press is a must-read for anyone interested in the role of an independent judiciary in modern society."

"Each of them challenging in its own way, the essays treat the contemporary state of the judiciary from a variety of perspectives: judicial 'appearance,' methods of selecting judges, media treatment of the judiciary and its decisions, public conceptions, and others. The authors' approaches and conclusions are diverse, and this book promises to create fruitful discussion in judicial process, public law, and communications courses in which critical thinking is encouraged." 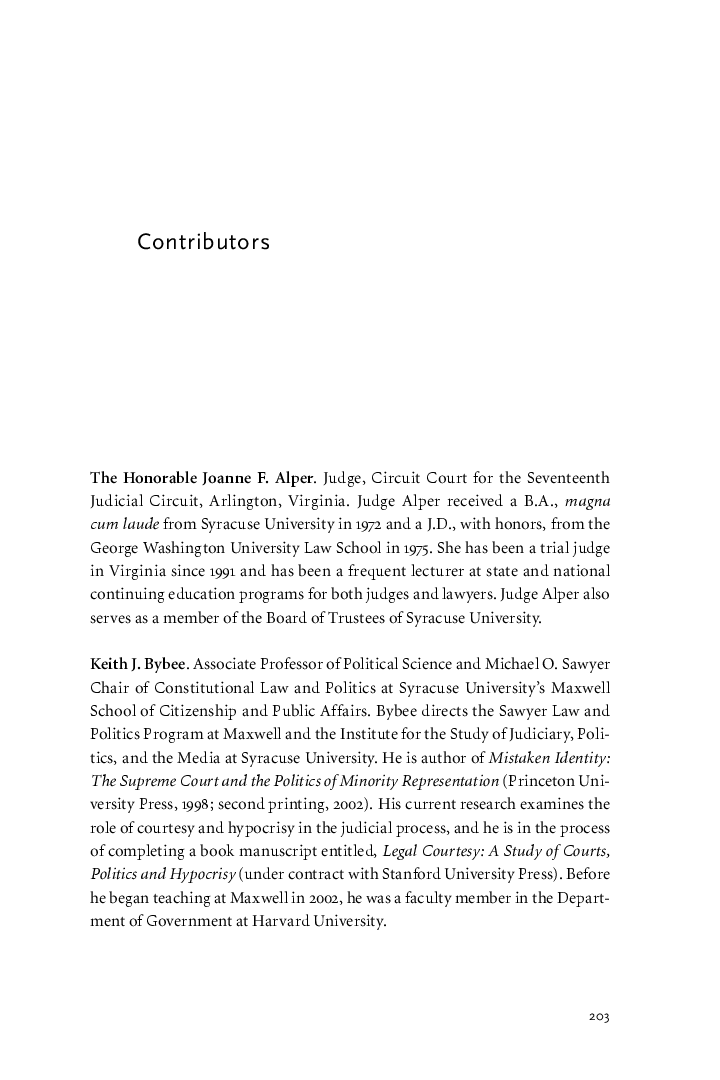 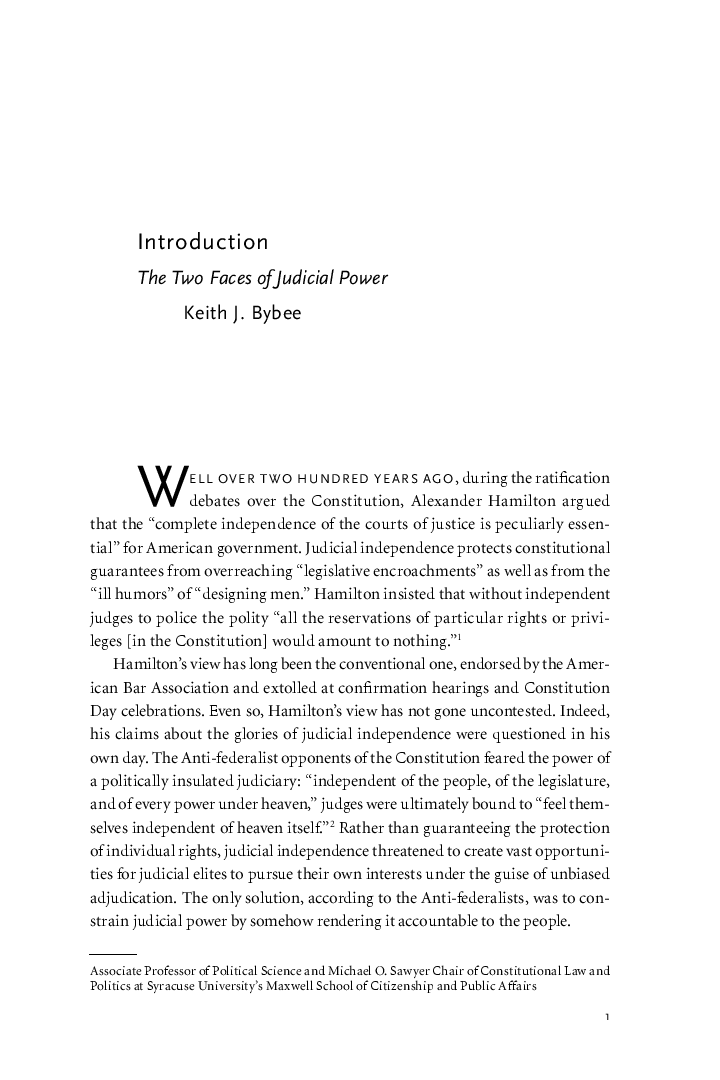 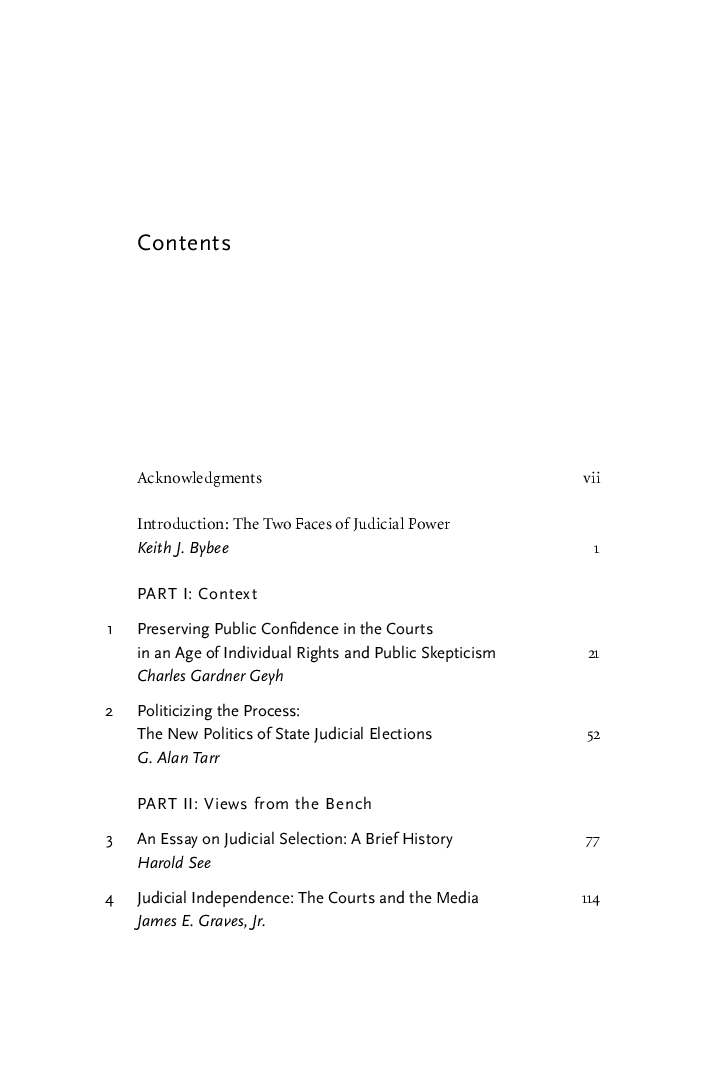