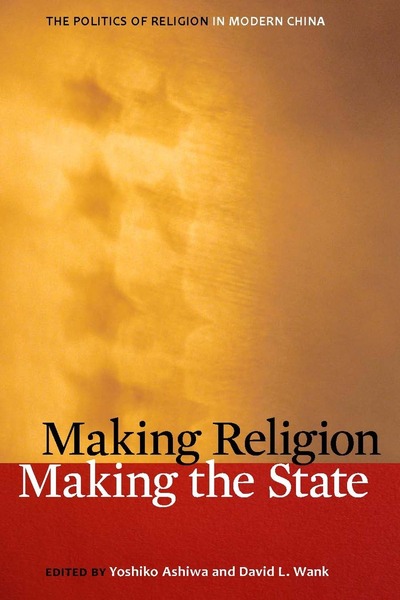 Making Religion, Making the State
The Politics of Religion in Modern China
Edited by Yoshiko Ashiwa and David L. Wank

Making Religion, Making the State combines cutting-edge perspectives on religion with rich empirical data to offer a challenging new argument about the politics of religion in modern China. The volume goes beyond extant portrayals of the opposition of state and religion to emphasize their mutual constitution. It examines how the modern category of "religion" is enacted and implemented in specific locales and contexts by a variety of actors from the late nineteenth century until the present. With chapters written by experts on Buddhism, Protestantism, Catholicism, Daoism, Islam, and more, this volume will appeal across the social sciences and humanities to those interested in politics, religion, and modernity in China.

"Ashiwa and Wank argue that their institutional analysis of the 'space' of religious practice allows for a much more dynamic and accurate understanding of the conditions of religious practice and communities. . . This allows the chapters in this volume not just to show where there are conflicts between religious communities and the state, but even more intriguingly where there are not. . . I suspect that implementing the dynamism of the institutional field model that Ashiwa and Wank advocate might be a useful first step in shaping a much more effective analysis of the religions of the minorities of China."

"Taken as a whole, Making Religion, Making the State successfully grapples with the roles played by representatives of the state and members of religious movements in terms of shaping the formation of modern Chinese religious culture. The papers presented in this volume highlight the striking diversity of institutionalization processes during the modern era by presenting data on how these can vary according to historical, political, economic, and ethnic factors. The authors also deserve credit for their interdisciplinary approach to these issues, particularly in terms of completing detailed field studies based on extensive interviewing."

"This well-documented and adequately referenced book should be compulsory reading material for students of Chinese religion and politics or intellectuals interested in the sociology/anthropology of religion or researchers in the field of comparative religion."

"This book is highly recommended to scholars of both religious affairs and local developments and policies. Furthermore, it provides plenty of avenues for research into local religious issues from a social science perspective."

"Making Religion, Making the State, seeks to explain the process of institutionalizing the modern concept of religion in the state and in the religion. It combine cutting-edge perspectives on religion with rich empirical data to offer a challenging new argument about the politics of religion in modern China."

"Making Religion, Making the State is an important contribution to the field of religious studies.... [It] is a great collective work that will be helpful to all scholars interested in the evolving relations between religion and the state."

"Everyone who works on Chinese religion will have to read this book."

"This is an outstanding and much-needed contribution to the social-scientific study of religion in the modern PRC. The unifying theme is that religion occupies a certain 'space' in modern Chinese polity and society, and that that space is in constant negotiation among a multitude of actors: the central state, local state authorities, nationwide religious organizations, local religious organizations, individual religious institutions, and local society. This is an advance over previous scholarship, which tended to pit an essentialized 'religion' against an all-powerful 'state' in a two-way struggle in which the 'state' enjoyed the advantage." 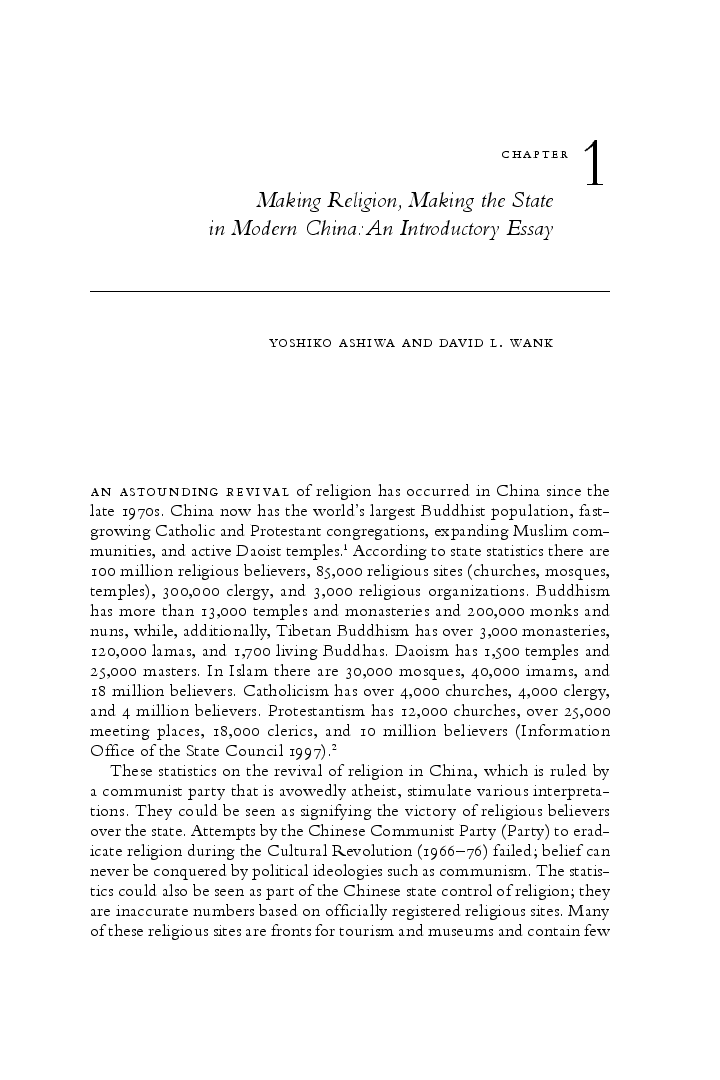 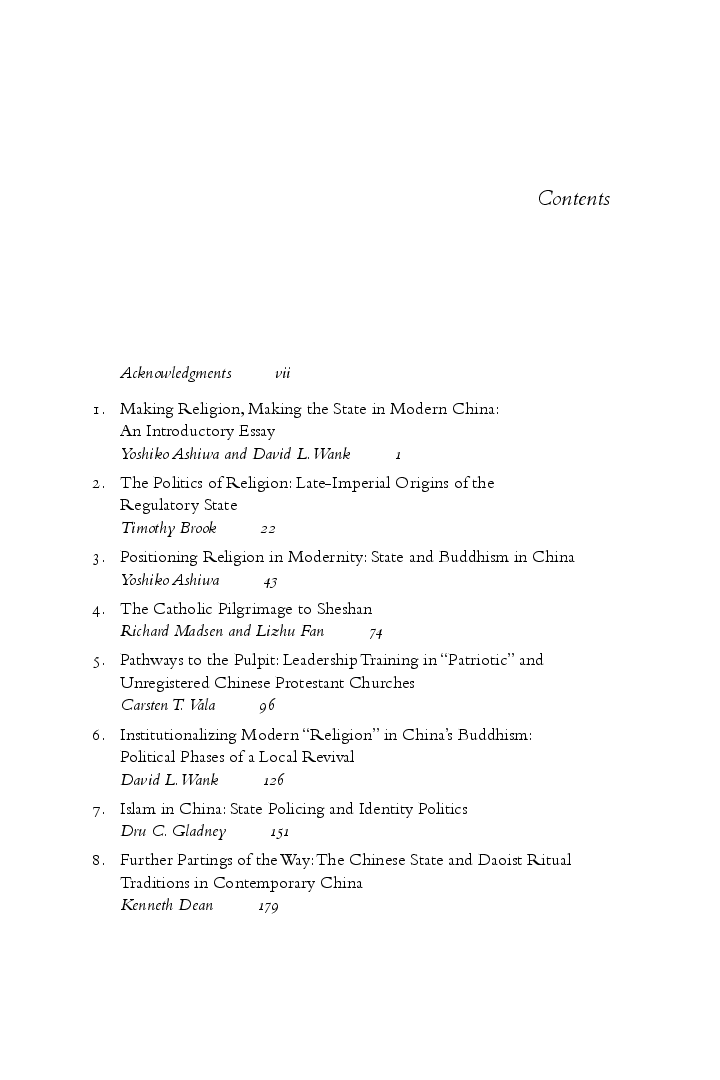