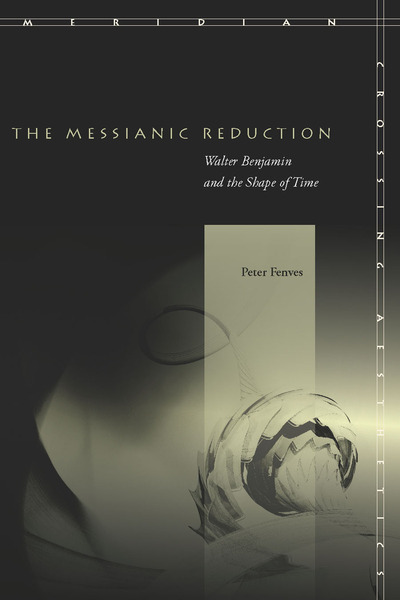 The Messianic Reduction is a groundbreaking study of Walter Benjamin's thought. Fenves places Benjamin's early writings in the context of contemporaneous philosophy, with particular attention to the work of Bergson, Cohen, Husserl, Frege, and Heidegger. By concentrating on a neglected dimension of Benjamin's friendship with Gershom Scholem, who was a student of mathematics before he became a scholar of Jewish mysticism, Fenves shows how mathematical research informs Benjamin's reflections on the problem of historical time. In order to capture the character of Benjamin's "entrance" into the phenomenological school, the book includes a thorough analysis of two early texts he wrote under the title of "The Rainbow," translated here for the first time. In its final chapters, the book works out Benjamin's deep and abiding engagement with Kantian critique, including Benjamin's discovery of the political counterpart to the categorical imperative in the idea of "pure violence."

Peter Fenves is Joan and Sarepta Harrison Professor of Literature, Professor of German, Comparative Literary Studies, and Jewish Studies, and Adjunct Professor of Philosophy, Political Science, and English at Northwestern University. His most recent book is Late Kant: Towards Another Law of the Earth (2003).

"Fenves's focus on the messianic reeduction and the shape of time is in its own right an important contribution to the non-specialist's general understanding of Benjamin's thought . . . Fenves's book is certainly valuable as a serious introduction to key elements of Benjamin's early thought, elements that have been relatively overlooked amidst the extensive literature on Benjamin."

"This book is an exceptional study of Walter Benjamin's early writings in the philosophical context. Of particular interest is the sustained argument regarding Benjamin's contributions to phenomenology and is engagement in the debate with neo-Kantian thinkers. . . Most valuable, perhaps, is the meditation, weaving its way through the entire book, on the transformation of phenomenological reduction in Benjamin's oeuvre. . . This is necessary reading for anyone interested in the intersection of phenomenology and critical theory. Highly recommended."

"Peter Fenves's The Messianic Reduction: Walter Benjamin and the Shape of Time traces Benjamin's rethinking of experience and temporality to his formative years as a student of philosophy during and after the First World War . . . [U]ltimately revelatory."

"Each of the authors, arguments, and problems that Peter Fenves delicately yet disruptively touches upon appears in a new light. This book reveals to us more than a new Benjamin. In the compelling interpretation that constitutes its center and theoretical nucleus, The Messianic Reduction also offers us a meditation on the shape of time that every reflection on history and time, from now on, will need to confront."

"What The Messianic Reduction accomplishes is simply astonishing. It is an intricate dance among meticulous readings of the early Benjamin and readings of the philosophical context in which he wrote. Fenves offers us not simply an original window on Benjamin's early works, but also takes up issues that are critical to his entire opus. This extraordinarily ambitious volume will be a keystone to the understanding of Benjamin's work and of his place in twentieth-century philosophy." 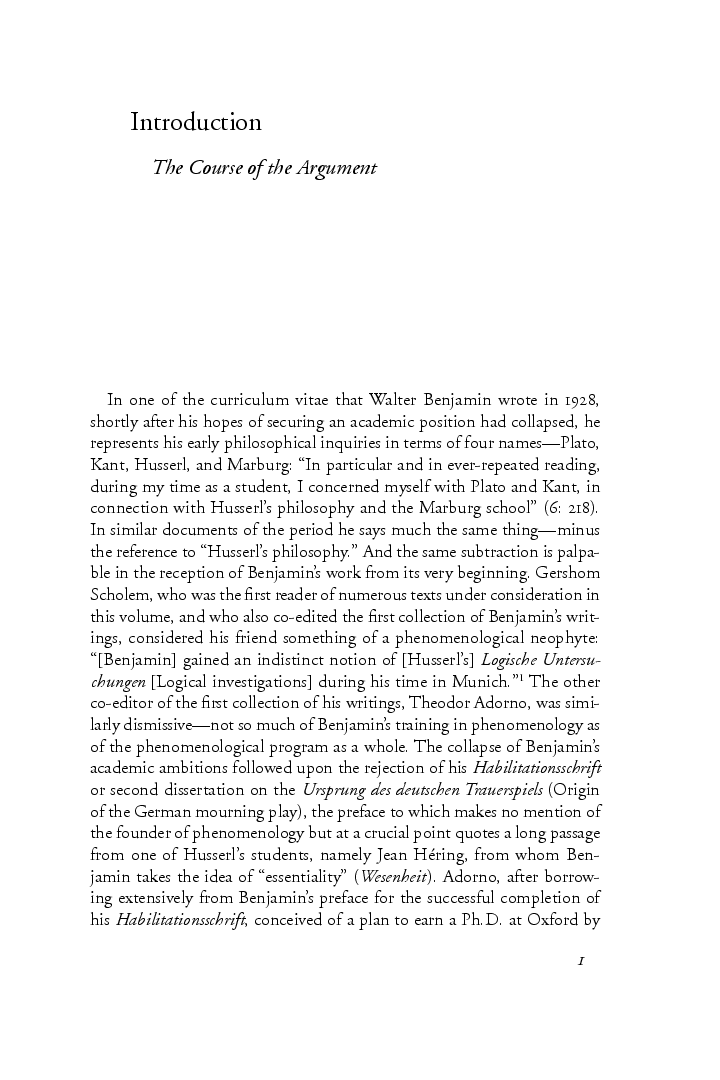 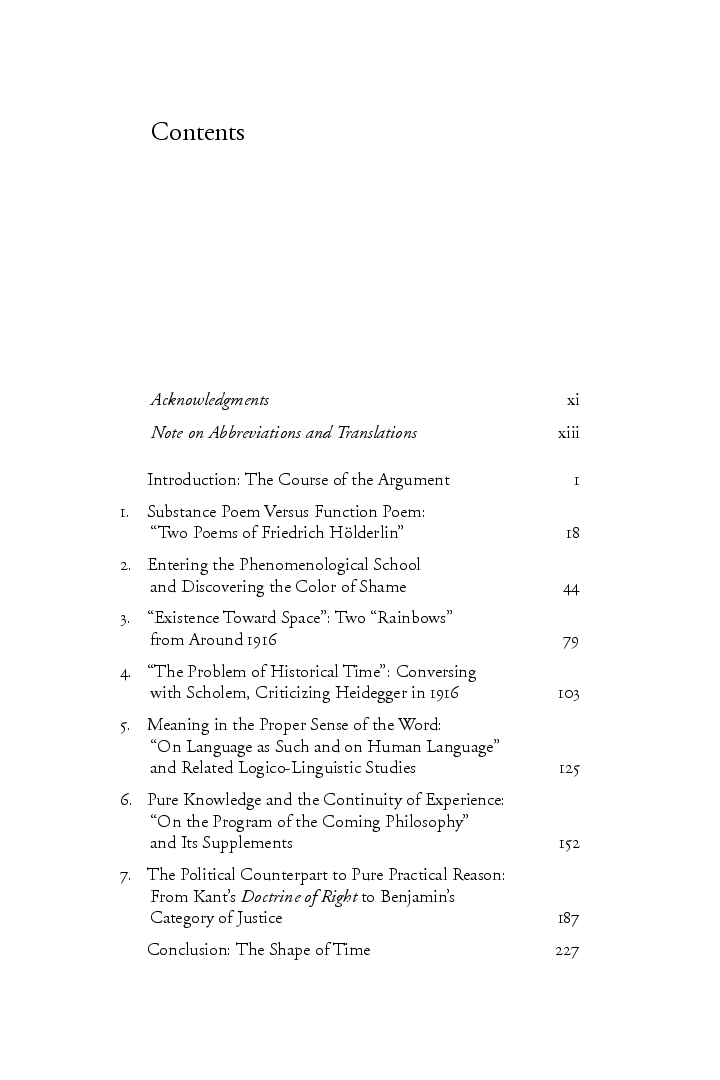