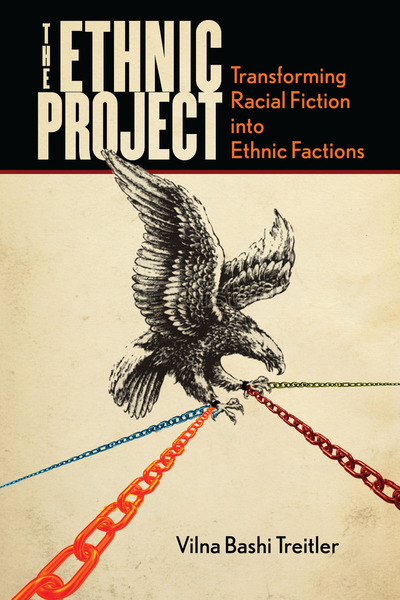 Named in the 2019 ZORA Canon of 100 greatest books ever written by African American women.

Race is a known fiction—there is no genetic marker that indicates someone's race—yet the social stigma of race endures. In the United States, ethnicity is often positioned as a counterweight to race, and we celebrate our various hyphenated-American identities. But Vilna Bashi Treitler argues that we do so at a high cost: ethnic thinking simply perpetuates an underlying racism.

In The Ethnic Project, Bashi Treitler considers the ethnic history of the United States from the arrival of the English in North America through to the present day. Tracing the histories of immigrant and indigenous groups—Irish, Chinese, Italians, Jews, Native Americans, Mexicans, Afro-Caribbeans, and African Americans—she shows how each negotiates America's racial hierarchy, aiming to distance themselves from the bottom and align with the groups already at the top. But in pursuing these "ethnic projects" these groups implicitly accept and perpetuate a racial hierarchy, shoring up rather than dismantling race and racism. Ultimately, The Ethnic Project shows how dangerous ethnic thinking can be in a society that has not let go of racial thinking.

Vilna Bashi Treitler is Professor of Sociology at The Graduate Center and Professor of Black and Hispanic Studies at Baruch College, CUNY. She is the author of Survival of the Knitted: Immigrant Social Networks in a Stratified World (Stanford, 2007).

"I think that The Ethnic Project is an outstanding work that makes an important contribution to our understanding of the past and present racial history of the United States. The book is very well written (Bashi Treitler's prose is a delight to read) and meticulously researched . . . The Ethnic Project should definitely be part of the conversation as we press forward with the task of understanding race in the United States."

"Treitler offers a succinct history and diagnosis of racial grouping in the U.S., from the nation's origin to the contemporary moment . . . The text has solid promise as an introductory ethnic studies course reading . . . Highly recommended."

"With her ingenious concept of 'ethnic projects,' Vilna Bashi Treitler brings a new optic to the study of race. She shows that, despite their oppression—indeed, because of it—minorities develop collective agency. Not only do they mobilize to overcome barriers of discrimination and to remedy past wrongs, but through their activism and cultural production they also transform how they are perceived and treated by their oppressors. Treitler reveals why some ethnic projects are successful, others less so, and thus her book provides an authoritative answer to those who ask the tired question, 'We made it, why haven't they?'"

"Vilna Bashi Treitler masterfully weaves race and ethnicity into a single historical narrative that reveals the ugly reality of exploitation and stratification that has always undergirded American society." 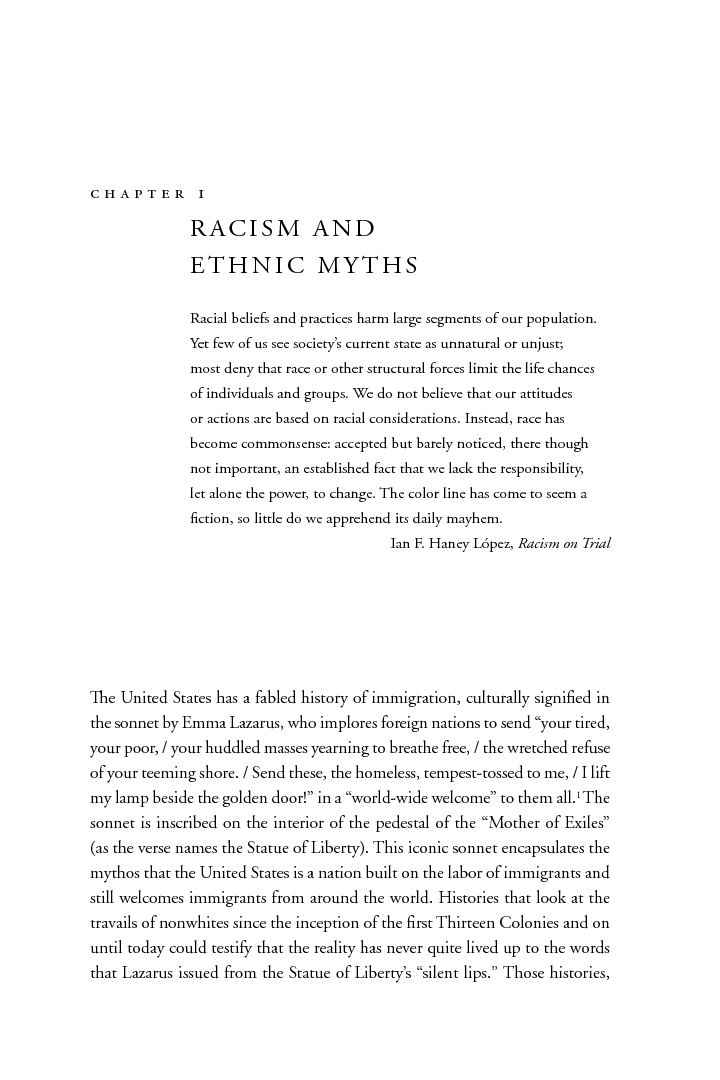 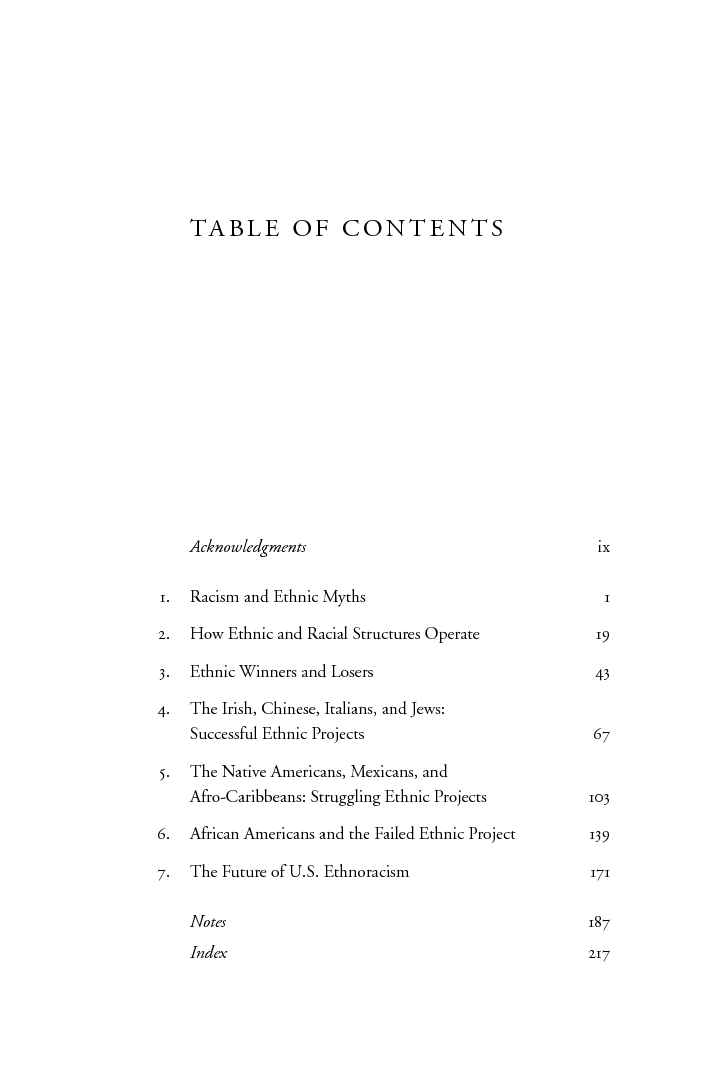