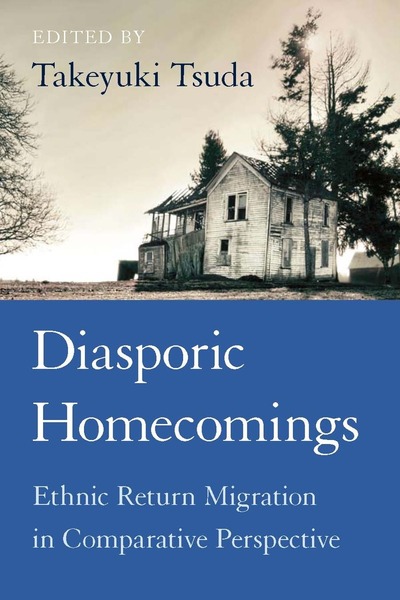 In recent decades, increasing numbers of diasporic peoples have returned to their ethnic homelands, whether because of economic pressures, a desire to rediscover ancestral roots, or the homeland government's preferential immigration and nationality policies. Although the returnees may initially be welcomed back, their homecomings often prove to be ambivalent or negative experiences. Despite their ethnic affinity to the host populace, they are frequently excluded as cultural foreigners and relegated to low-status jobs shunned by the host society's populace. Diasporic Homecomings, the first book to provide a comparative overview of the major ethnic return groups in Europe and East Asia, reveals how the sociocultural characteristics and national origins of the migrants influence their levels of marginalization in their ethnic homelands, forcing many of them to redefine the meanings of home and homeland.

Takeyuki Tsuda is Associate Professor of Anthropology in the School of Human Evolution and Social Change at Arizona State University. His publications include Strangers in the Ethnic Homeland (2003) and Controlling Immigration: A Global Perspective (2004).

"This volume offers a nuanced approach to ethnicity and culture, showing that the mutual ethnic affinity causing diasporic descendants to return-migrate is primarily based on essentialised assumptions of shared ethnicity that are quickly challenged as both migrants and hosts discover a multitude of cultural differences between them. The relevance of this volume exceeds the limits of migration studies and offers fresh perspectives for ethnic studies and identity theory as it addresses the close relationship between the social construction of ethnic identities and shifting class positions embedded in social context."

"The editor's introduction and conclusion provide a succinct overview and analysis of some primary concerns, the ambivalent nature of diasporic homecomings, ethnic consequences for return migrants and their hosts, and the impact of government policies on immigration, citizenship, and the changing meanings of home and homeland. This well-integrated volume makes an important contribution to migration and diasporic studies . . . Highly recommended."

"Takeyuki Tsuda and his collaborators have successfully opened up a new field of inquiry with this ethnographically rich, comparative work. They have focused our attention on the return migration of those who trace their ethnic origins to countries in Europe, Asia, and Israel. There is nothing like this book currently available. It will become an instant classic in migration and diaspora studies."

"This volume is a sweeping portrayal of one of the most intriguing population movements in the world today-migration across international borders driven by both economic need and ethnic affinity. The scholarship, by an international assemblage of top experts, is meticulous and rich in both empirical data and theoretical insights." 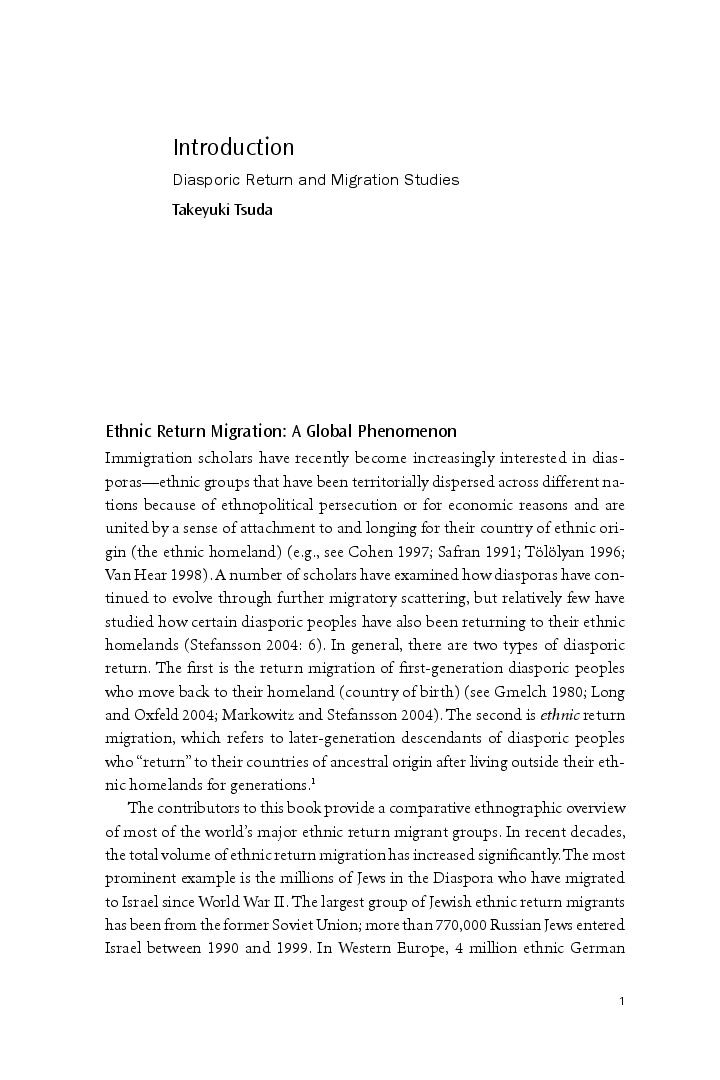 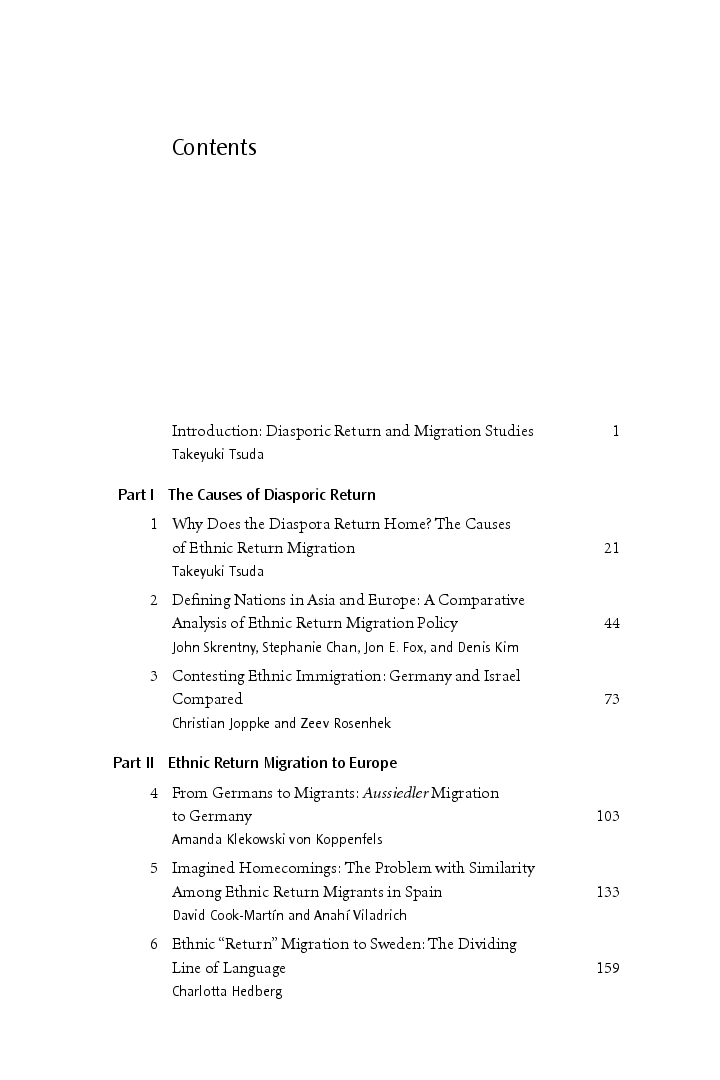