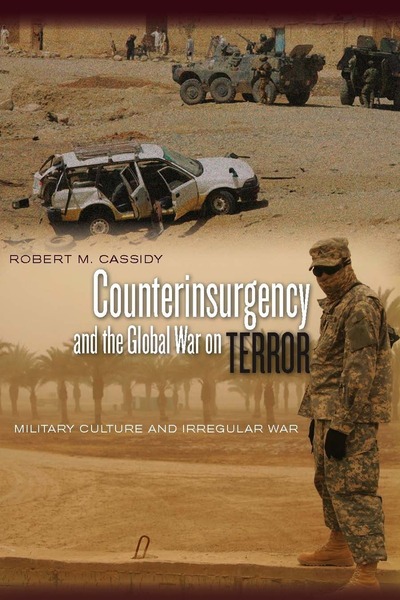 Since September 2001, the United States has waged what the government initially called the "global war on terrorism (GWOT)." Beginning in late 2005 and early 2006, the term Long War began to appear in U.S. security documents such as the National Security Council's National Strategy for Victory in Iraq and in statements by the U.S. Secretary of Defense and the Chairman of the JCS. The description Long War—unlimited in time and space and continuing for decades—is closer to reality and more useful than GWOT.

Colonel Robert Cassidy argues that this protracted struggle is more correctly viewed as a global insurgency and counterinsurgency. Al Qaeda and its affiliates, he maintains, comprise a novel and evolving form of networked insurgents who operate globally, harnessing the advantages of globalization and the information age. They employ terrorism as a tactic, subsuming terror within their overarching aim of undermining the Western-dominated system of states. Placing the war against al Qaeda and its allied groups and organizations in the context of a global insurgency has vital implications for doctrine, interagency coordination, and military cultural change—all reviewed in this important work.

He first offers a distilled analysis of al Qaeda and its associated networks, with a particular focus on ideology and culture. In subsequent chapters, he elucidates the challenges big powers face when they prosecute counterinsurgencies, using historical examples from Russian, American, British, and French counterinsurgent wars before 2001. The book concludes with recommendations for the integration and command and control of indigenous forces and other agencies.

"Altogether, the book is a useful comparative study on how military culture affects counterinsurgency doctrine and operations."

"Cassidy provides a wide ranging analysis of how national culture, defense development, and military organizational culture affects a military's ability to wage counterinsurgency. Those unfamiliar with American military history will find his discussions of American performance in Indian and hemispheric conflicts edifying... However, the greatest strength of Cassidy's book is that isn't American-centric... I recommend it for any serious student of small wars theory—and anyone interested in understanding more about today's irregular wars."

"In a very timely, interesting, and thought-provoking book, Robert Cassidy argues for re-conceptualizing what was first called the "global war on terrorism: then the "global struggle against violent extremism," and currently, the long war. Conceptualizing the long war as a global counterinsurgency requires also rethinking military culture, doctrine, and interagency coordination, and Cassidy's book does just that....a useful and important addition to the scholarship on counterinsurgency."

"Counterinsurgency and the Global War on Terror is a must-read for academics, military professionals, and national security practitioners. The author combines his unique perspective as a military professional with his academic credentials to create a cogent work that explains how embedded military cultural preferences can influence or impede the preparation for and conduct of counterinsurgency. In a contemporary security environment that sees the U.S. military prosecuting multiple counterinsurgencies, and where the future may hold more of the same, this well written book is very relevant. Overall, the book is balanced, insightful, and well researched. For military professionals and security experts involved in employing our armed forces in this era, this is a book to read."

"Colonel Robert Cassidy is at the cutting edge of a new generation of US military officers who boldly contemplate global security issues, undaunted by the caveats of Summers and Weinburger and unencumbered by the baggage of Vietnam. In Counterinsurgency and the Global War on Terror, Cassidy bravely repudiates the military obsession for technology and firepower and instead methodically explores Russian, British and US military cultures for more complex lessons of success. His conclusions lead to a long term, multi-department, multi-disciplined strategy that is wiser, less industrial in scale and without the televisual qualities of a knock-down victory that is associated with US defense policy thinking. A must-read for military staff searching for an alternative dimension of experience from which to understand today's security discourse."