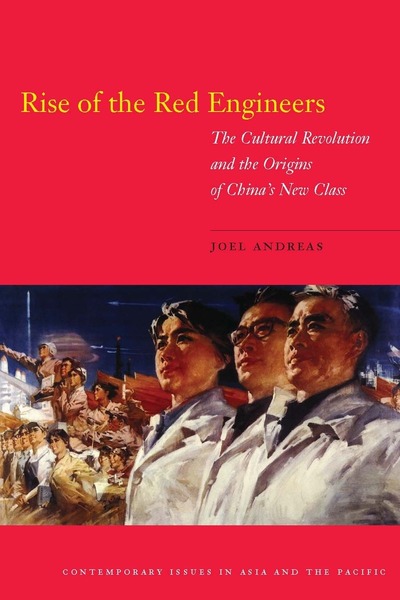 Rise of the Red Engineers
The Cultural Revolution and the Origins of China's New Class
Joel Andreas
SERIES: Contemporary Issues in Asia and the Pacific

Winner of the 2011 Book of the Year Award, sponsored by the ASA Section on Asia and Asian America.

Rise of the Red Engineers explains the tumultuous origins of the class of technocratic officials who rule China today. In a fascinating account, author Joel Andreas chronicles how two mutually hostile groups—the poorly educated peasant revolutionaries who seized power in 1949 and China's old educated elite—coalesced to form a new dominant class. After dispossessing the country's propertied classes, Mao and the Communist Party took radical measures to eliminate class distinctions based on education, aggravating antagonisms between the new political and old cultural elites. Ultimately, however, Mao's attacks on both groups during the Cultural Revolution spurred inter-elite unity, paving the way—after his death—for the consolidation of a new class that combined their political and cultural resources. This story is told through a case study of Tsinghua University, which—as China's premier school of technology—was at the epicenter of these conflicts and became the party's preferred training ground for technocrats, including many of China's current leaders.

Joel Andreas is Assistant Professor of Sociology at Johns Hopkins University. His work has appeared in various publications, including the American Sociological Review, Theory and Society, and The China Journal.

"Joel Andreas's Rise of the Red Engineers is ambitious in scope and analyzes the "transformations of China's class structure since the 1949 Revolution" with rigor and style. . . . Andreas's work brings fresh perspective to our understanding of class in China, of the machinations of the Cultural Revolution, and of twentieth-century experiments in Communism in comparative perspective"

"The book is impressively researched and documented, and the findings and arguments are clearly and cogently presented . . . Andreas offers in this book a serious and sophisticated analysis of an important social phenomenon in twentieth-century Chinese history that continues to shape the leadership structure of China today."

"This is an essential book for specialists seeking to understand the murky issues of class in the People's Republic of China (PRC) since 1949; it is also highly engaging and accessible to non-specialists."

"Rise of the Red Engineers provides an exciting sociological analysis of Maoist and post-Maoist China . . . The book would work well for graduate courses in political sociology, comparative and historical sociology, and socialism and postsocialism."

"Joel Andreas has written a very fine analysis of the emergence of China's current ruling group."

"Rise of the Red Engineers is a welcome contrast to scholarship on contemporary China that dismisses the Mao years as crazy or as irrelevant to the reform period. Andreas takes the ideology and policies of the Mao era seriously and judges the results of Mao's programs by their own stated goals . . . Andreas' signal achievement is in using complex human stories to construct a compelling and tightly packaged argument that pushes us to think about the world in new ways. He succeeds because his goal is to explain what happened and why, rather than to give the entire Mao era a simple thumbs-up or thumbs-down. Everyone interested in contemporary China and modern Chinese history should read this book."

"Andreas offers not only one of the best books about politics in post-1949 China, but also one of the greatest contributions to the study of the new class in general . . . This theoretically informed, empirically rich study will reach far beyond its particular subject, and should appeal to all readers interested in social stratification, intellectuals, socialist and postsocialist societies, and comparative-historical sociology."

"This is an important study of the Maoist effort to shape China's new generations of political and technocratic elites and the consequences. Joel Andreas focuses on China's premier technology university as the keystone of this effort, explains why the university erupted in violence during the Cultural Revolution, and analyzes the shifts in status today of the political, technocratic, and moneyed elites. This is one of the very best books about China that I have read in recent years."

"This study of the recruitment and training of a technocratic elite in China reads like a chronicle of the rise and fall of revolutionary communism. Andreas brings back into analysis structural questions of power largely ignored in recent studies of Chinese politics, and shows how the Cultural Revolution ironically played a formative part in the coming together of old and new elites."

"Andreas provides a sweeping sociological history of Tsinghua University, told through the lens of class formation and the politics of social mobility. He chronicles Tsinghua's role as a crucible of elite formation from the early imposition of Communist rule on an elite university, through the struggles of the Cultural Revolution and the post-Mao restoration, up through the recent resurgence of high-tech capitalism in the university's Science Park. This book is absorbing reading for those interested in the tortuous course of the Chinese revolution."

"In providing this thought provoking analysis [Andreas] has not only made a contribution to our understanding of China in the second half of the twentieth century but also helps us to think about why the Chinese Communist project, inaugurated with such idealism in 1949, went wrong and therefore what future idealists might need to think about as they embark on their own revolutions." 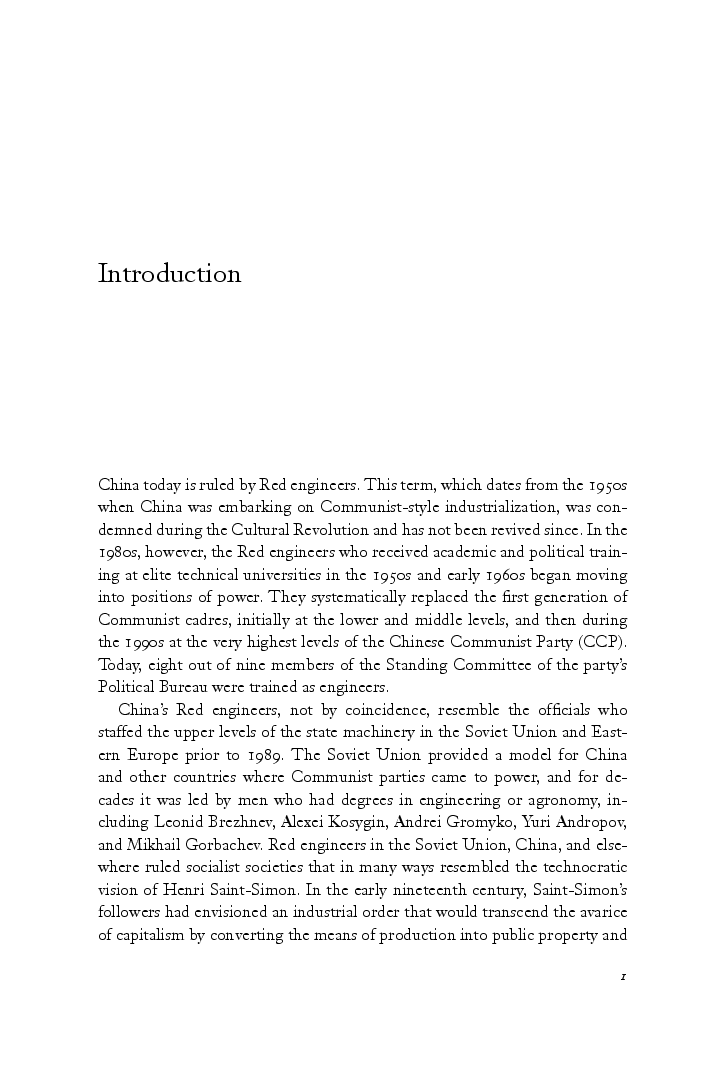 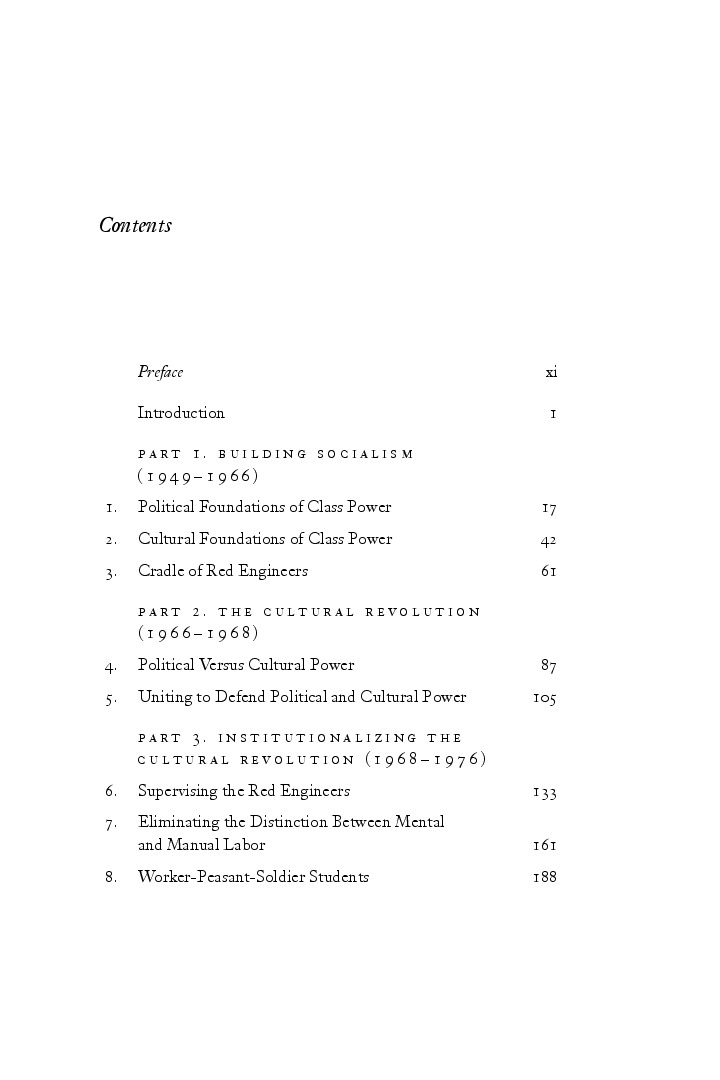