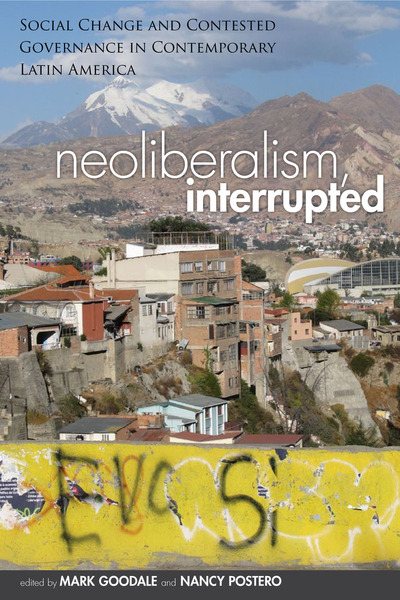 In the 1980s and 1990s, neoliberal forms of governance largely dominated Latin American political and social life. Neoliberalism, Interrupted examines the recent and diverse proliferation of responses to neoliberalism's hegemony. In so doing, this vanguard collection of case studies undermines the conventional dichotomies used to understand transformation in this region, such as neoliberalism vs. socialism, right vs. left, indigenous vs. mestizo, and national vs. transnational.

Deploying both ethnographic research and more synthetic reflections on meaning, consequence, and possibility, the essays focus on the ways in which a range of unresolved contradictions interconnect various projects for change and resistance to change in Latin America. Useful to students and scholars across disciplines, this groundbreaking volume reorients how sociopolitical change has been understood and practiced in Latin America. It also carries important lessons for other parts of the world with similar histories and structural conditions.

Mark Goodale is Professor of Cultural and Social Anthropology at the University of Lausanne. He is the author of Surrendering to Utopia: An Anthropology of Human Rights (Stanford, 2009) and Dilemmas of Modernity: Bolivian Encounters with Law and Liberalism (Stanford, 2008).

Nancy Postero is Associate Professor of Anthropology at the University of California, San Diego, and author of Now We Are Citizens: Indigenous Politics in Post-Multicultural Bolivia (Stanford, 2006), and co-author, with Leon Zamosc, of The Struggle for Indigenous Rights in Latin America (2003).

"Neoliberalism Interrupted is a timely book on the winds of change sweeping through Latin America. Covering a wide range of countries it provides many important reference points against which the wider phenomenon of the so-called Pink Tide can be viewed an assessed. Usefully, it deals not only with those countries that are often paradigmatically associated with the leading edge of resistance to neoliberalism (Bolivia, Venezuela, Ecuador) but also those countries where neoliberal socio-economic and political practices have remained firmly entrenched (Colombia, Mexico, El Salvador) or where assessment has been more ambiguous (Argentina) . . . [This] is a highly readable and engaging book for both students and seasoned scholars of Latin America. It deserves to be read widely."

"Neoliberalism, Interrupted is an aptly titled volume that examines the current status of neoliberal economic policy and governmentality in Latin America . . . Fine-grained political analysis and rich empirical detail reveal that while Washington Consensus policies are no longer hegemonic in Latin America, neoliberal governance is entrenched and evolving . . . Each of the eight country case studies offers rich historical and political analysis that is alive to contradiction and complexity . . . [T]he case studies are valuable and clearly grounded in deep engagements with research sites."

"Mark Goodale and Nancy Postero's collection offers us a vivid panorama of neoliberalism and its interruption, keeping in mind broader patterns of political economic transformation and civil society struggle. The chapters forcefully demonstrate neoliberalism's investment in violence and regulation, while opening our eyes to civil society's spaces to challenge them. From Buenos Aires to Venezuela, from race to gender, this collection represents an important theoretical and critical engagement with Latin America's current realities."

—Sarah A. Radcliffe, University of Cambridge, author of Indigenous Development in the Andes: Culture, Power, and Transnationalism

"This book will resonate with all those interested in one of the most important political questions for Latin America today. The authors resist the temptation to provide easy answers—the essays are subtle and effective, their sophistication buttressed by empirical and theoretical rigor."

"This timely collection brings together diverse disciplinary perspectives to explore the limits of neoliberal governmentality in contemporary Latin America. The contributors provide fine-grained, ethnographic analysis of alternatives to the 'Washington consensus,' both grandiose and grassroots, revealing in the process the promises and contradictions of 'post-neoliberal' political programs and social projects." 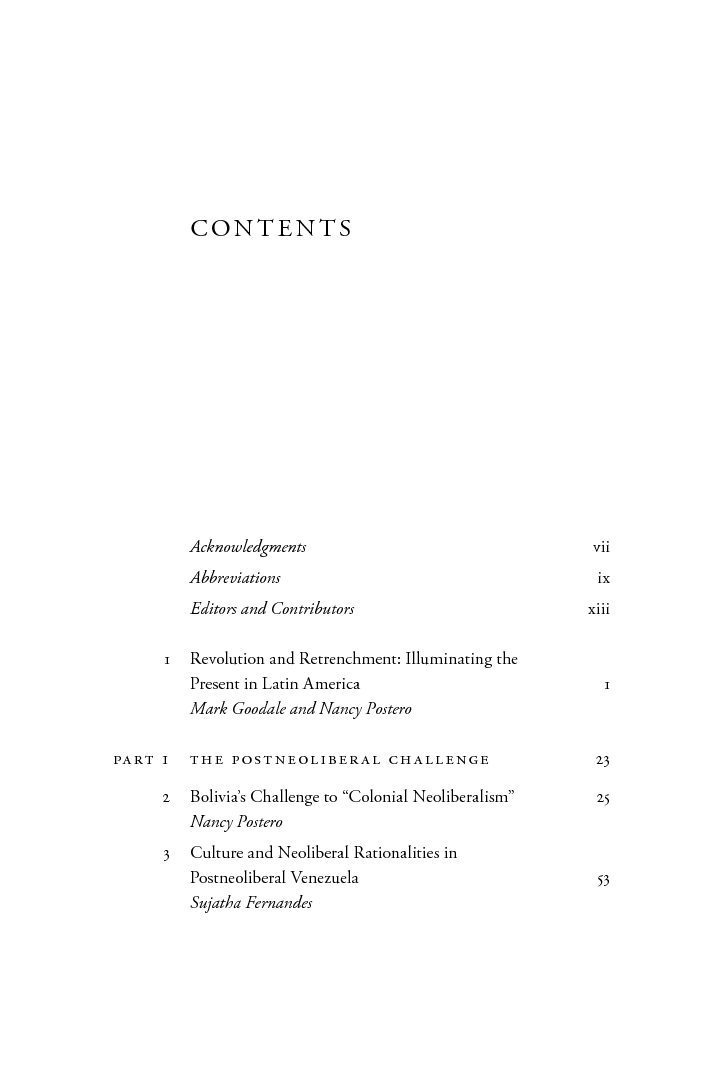 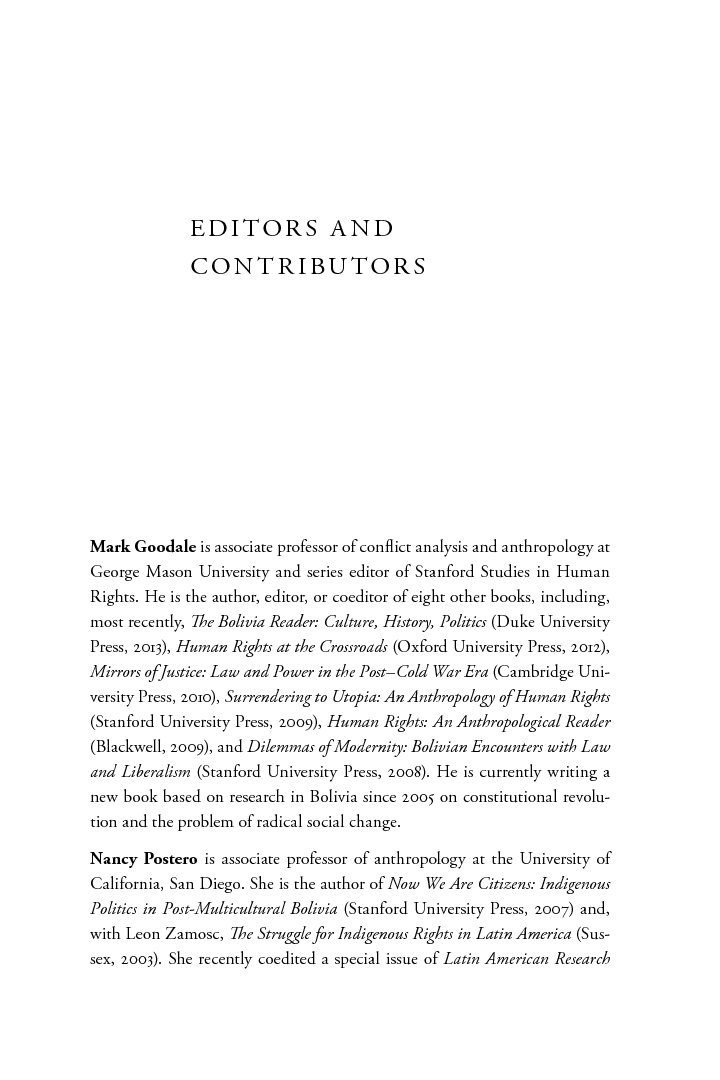 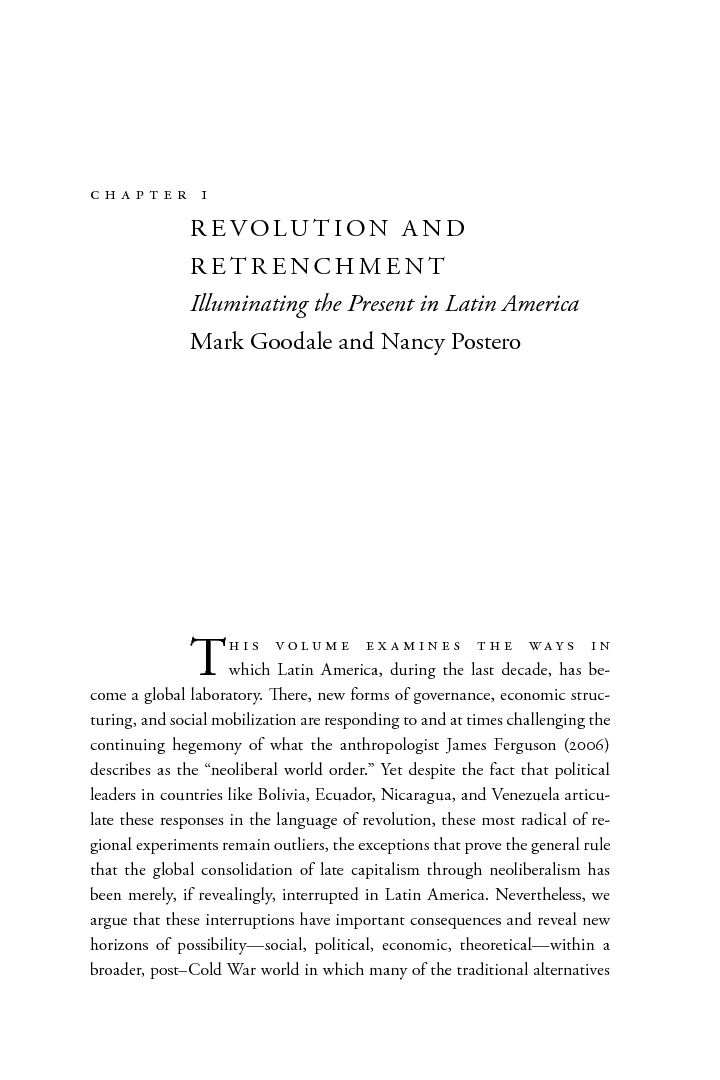