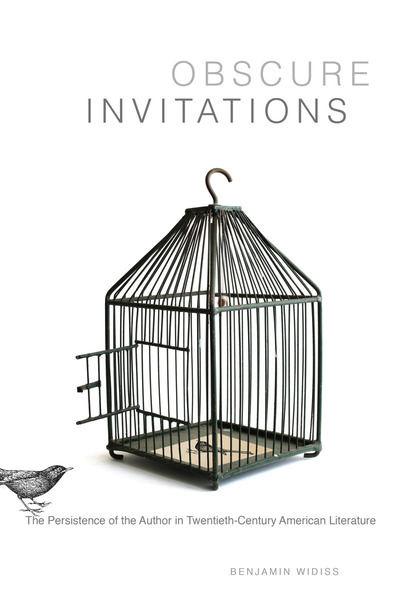 Literary studies in the postwar era have consistently barred attributing specific intentions to authors based on textual evidence or ascribing textual presences to the authors themselves. Obscure Invitations argues that this taboo has blinded us to fundamental elements of twentieth-century literature. Widiss focuses on the particularly self-conscious constructions of authorship that characterize modernist and postmodernist writing, elaborating the narrative strategies they demand and the reading practices they yield. He reveals that apparent manifestations of "the death of the author" and of the "free play" of language are performances that ultimately affirm authorial control of text and reader. The book significantly revises received understandings of central texts by Faulkner, Stein, and Nabokov. It then discusses Eggers' Heartbreaking Work of Staggering Genius and the films Seven and The Usual Suspects, demonstrating that each is a highly self-aware rebuttal of the notion of authorial absence.

Benjamin Widiss is Assistant Professor of English at Princeton University.

"On every level,Widiss's book invites and rewards the attention of its readers."

"Obscure Invitations leads its readers along a clear, often delightfully unexpected trajectory through modern and contemporary American literary and popular culture. In so doing, it extends a clear invitation for other critics to look back at the twentieth century and reappraise the assumptions they might bring to rereadings of its texts."

"In this dynamic and dense work, Widiss (Princeton) concentrates his attention on the normally disenfranchised constructions of authorship. Ostensibly, this book provides a new method for analysis of modern and postmodern texts. . . Highly recommended."

"This is an important new assessment of the place of the author in twentieth-century American narrative, one that will attract considerable attention and controversy. Widiss entirely upends the critical consensus that the author as a living, speaking presence has been eliminated. His argument, well-elucidated and expertly supported, is that the emergence of language as language is merely that of the author in another form."

"Obscure Invitations will be recognized as a significant intervention in American literary studies. Each of the readings it contains is a tour de force: well researched, elegantly written, and powerfully persuasive."

"A rich meditation on the competing impulses of authorial self-effacement and self-representation in literary works, and a compelling argument that this dynamic is one of the keys to modern literary experience. The sheer intelligence and grace of Widiss's prose is something to behold."

"Obscure Invitations will exert a powerful influence on the study of twentieth-century and contemporary literature. The large scale of the questions Widiss addresses and the subtle, original brilliance he brings to bear on them, along with the power and delight of his writing, will guarantee wide critical recognition of and engagement with this book. This important book opens up a generous, welcoming terrain for modernist and postmodern studies." 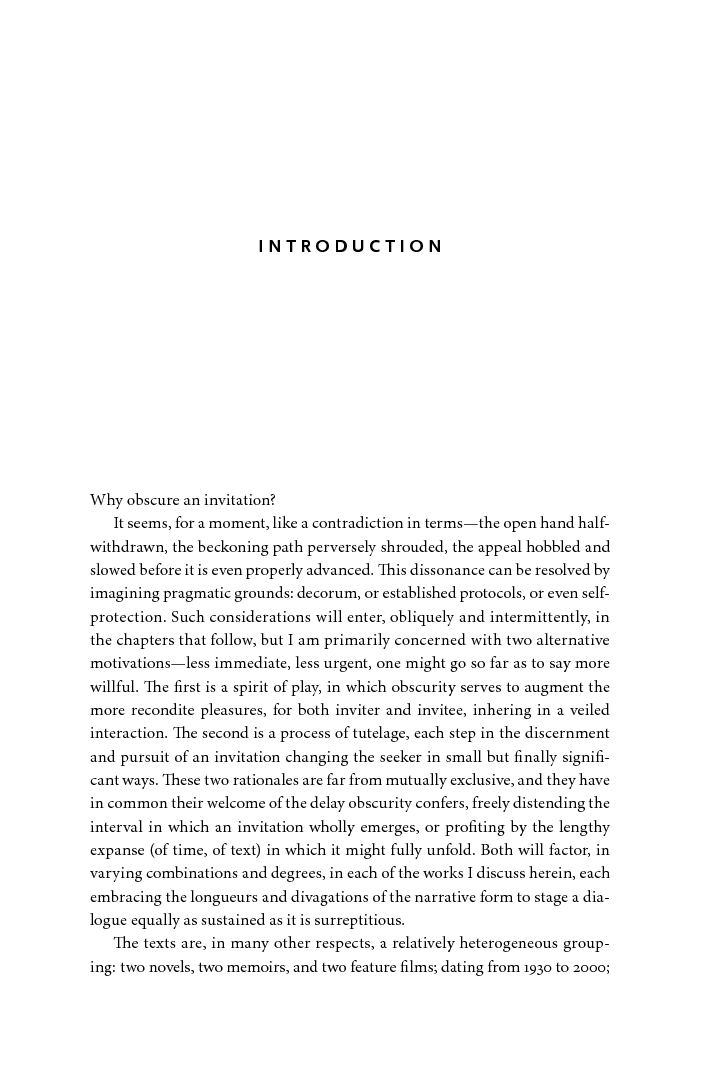 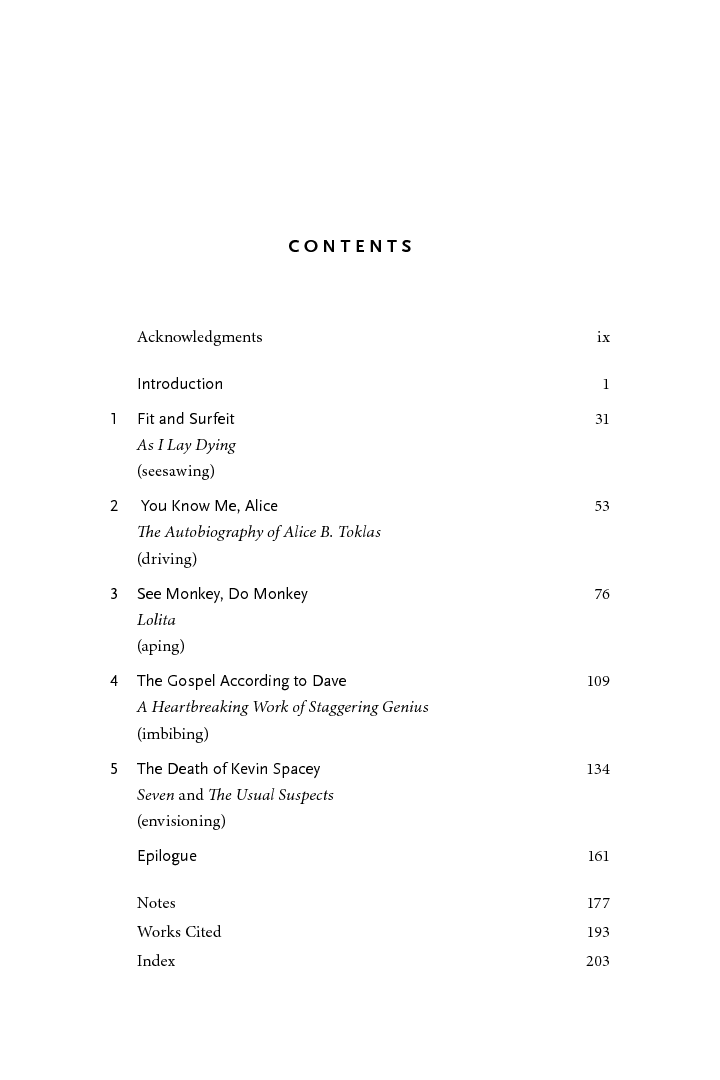