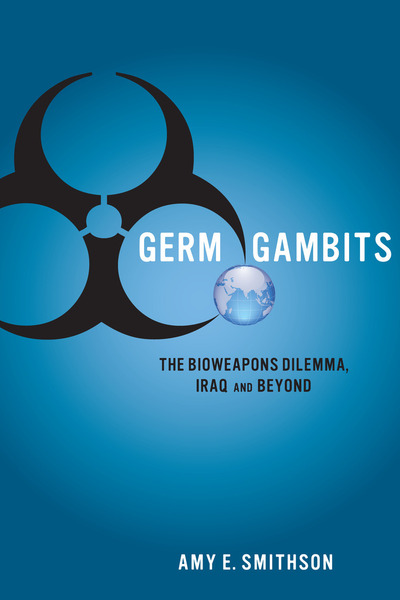 Arms control and nonproliferation treaties are among the fingers in the dike preventing the unthinkable nuclear, biological, and chemical catastrophe. For decades the ability to ascertain whether states are hiding germ weapons programs has been nonexistent because the 1975 bioweapons ban has no inspection measures. Yet, in 1995 a small United Nations inspection corps pulled off a spectacular verification feat in the face of concerted resistance from Iraq's Saddam Hussein and popular skepticism that it was even possible to conduct effective biological inspections. Working from sketchy intelligence—and hampered by the Iraqis' extensive concealment and deception measures—the inspectors busted open Iraq's cover stories and wrested a confession of biowarfare agent production from Baghdad. This rigorously researched book tells that compelling story through the firsthand accounts of the inspectors who, with a combination of intrepidness, ingenuity, and a couple of lucky breaks, took the lid off Iraq's bioweapons program and pulled off an improbable victory for peace and international security. The book concludes by drawing lessons from this experience that should be applied to help arrest future bioweapons programs, by placing the Iraq bioweapons saga in the context of other manmade biological risks, and by making recommendations to reduce those risks.

While written as an engaging, analytical historical narrative that explains what the biological inspectors knew, when and how they knew it, and how they outmaneuvered the Iraqis, this book's real contributions are the inspectors' blueprint to "get it right" with regard to the verification challenges associated with the bioweapons ban, and the author's roadmap to address the overall biological threats facing the world today.

Amy Smithson is a Senior Fellow at the Washington, D.C. Office of the James Martin Center for Non-proliferation Studies where she researches issues related to chemical and biological weapons proliferation, threat reduction mechanisms, and homeland security. Before joining the James Martin Center, she worked at the Center for Strategic and International Studies and the Henry L. Stimson Center—where she founded the Chemical and Biological Weapons Nonproliferation Project. Previously, she worked for Pacific-Sierra Research Corporation and the Center for Naval Analyses. The author, co-author, or editor of 16 books and book-length reports, as well as numerous articles, Dr. Smithson has appeared frequently before Congress and is a regular commentator in the electronic and print media.

"[Smithson] does an excellent job of explaining the complex scientific and technical issues that the inspectors had to confront, and she does so in a way that non-experts can readily grasp."

"Those who wonder why veteran Iraq hands wrongly believed that Saddam Hussein was concealing weapons of mass destruction in 2003 should read Smithson's riveting account of UN weapons inspectors struggling to find out the truth after the 1990-91 Persian Gulf War . . . Smithson reveals just how much work it takes to verify disarmament in the face of lying regimes and stresses the need for individual scientists to accept full responsibility when dealing with deadly material and processes."

"The Biological Weapons Convention crucially lacks means of ensuring that State Parties are in compliance. Using empirical evidence from the investigation of Iraq's biological weapons program, this book provides evidence that verification of the Convention could be effectively strengthened. It should be required reading for all involved with the Convention."

"Smithson warns that global leaders are often quick to warn on biological hazards—terrorism, warfare, and laboratory mishaps—yet fail to follow up their rhetoric with action. This December diplomats will attend the Seventh Biological Weapons Convention Review Conference in Geneva. A copy of Smithson's book should be mandatory reading for everyone who participates." 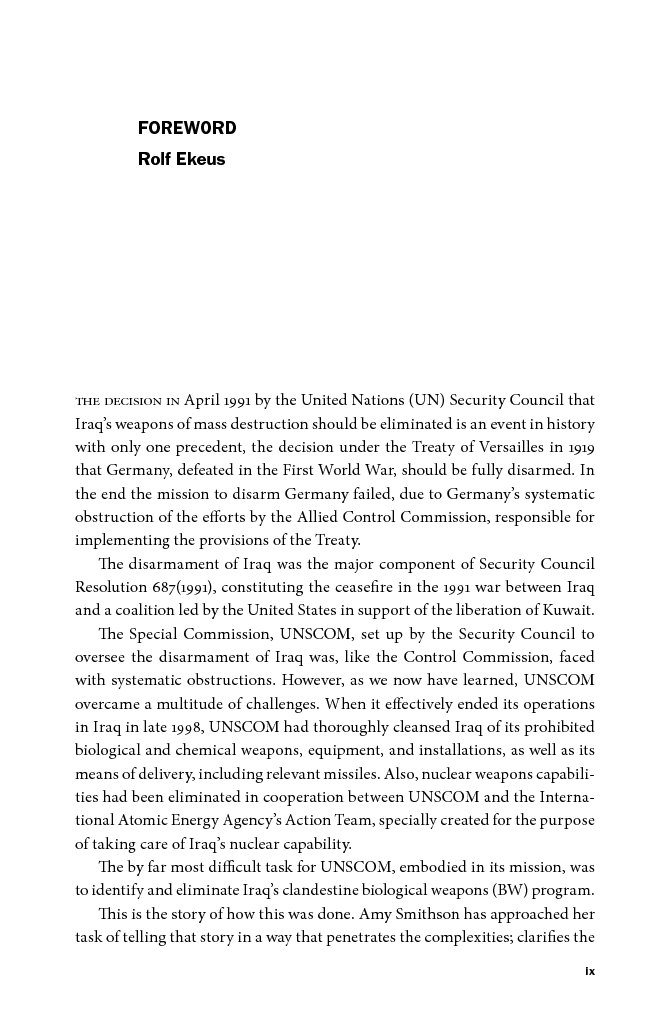 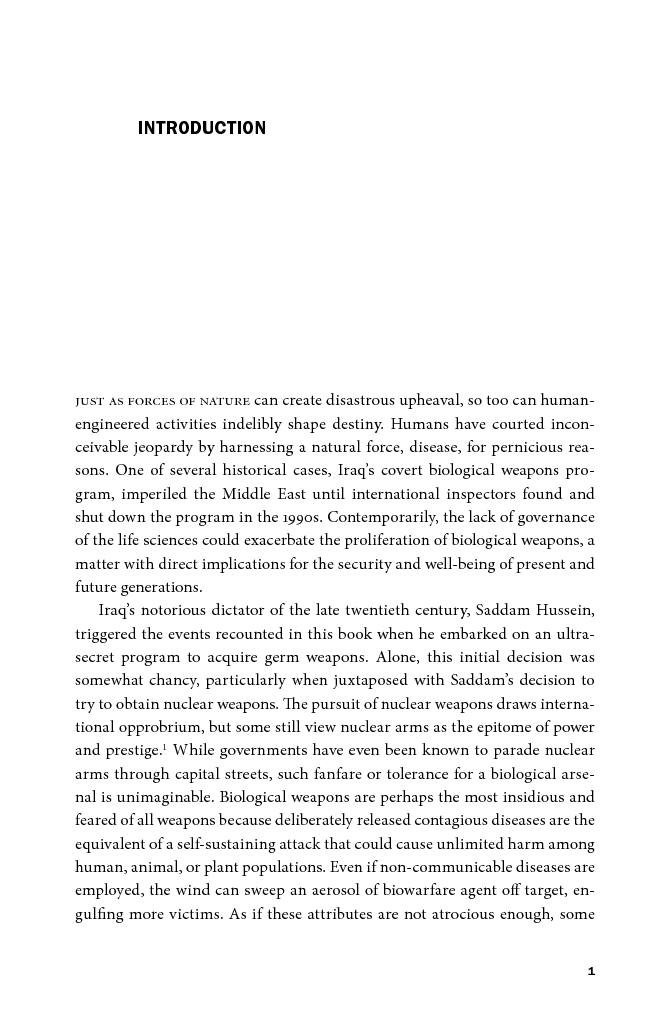 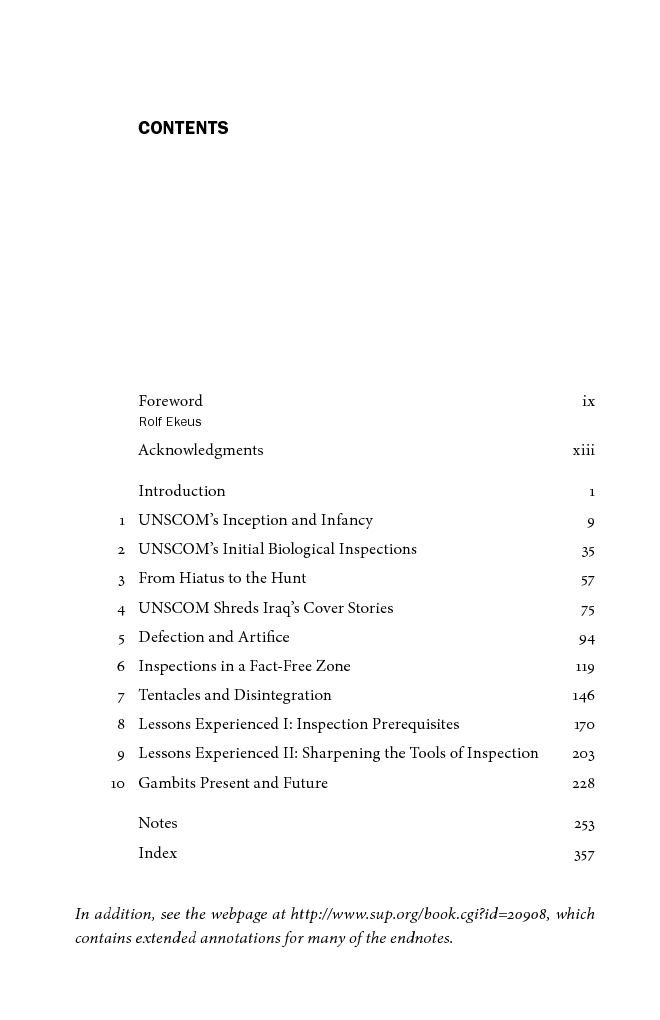