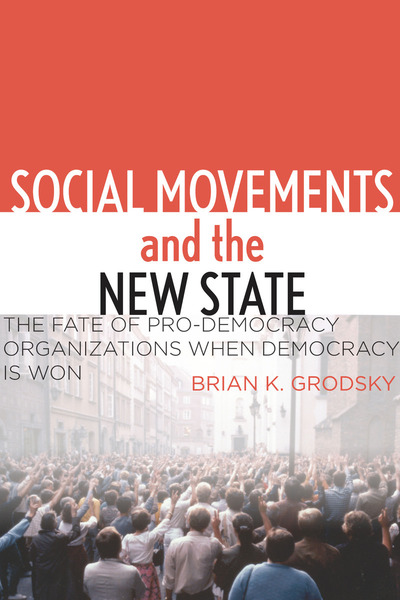 Social Movements and the New State
The Fate of Pro-Democracy Organizations When Democracy Is Won
Brian K. Grodsky

The world's democracies cheered as the social movements of the Arab Spring ended the reigns of longstanding dictators and ushered in the possibility of democracy. Yet these unique transitions also fit into a broader pattern of democratic breakthroughs around the globe, where political leaders emerge from the pro-democracy movement that helped affect change. In Social Movements and the New State, Brian Grodsky examines the relationships between new political elites and the civil society organizations that brought them to power in three culturally and geographically disparate countries—Poland, South Africa, and Georgia.

This book argues that the identities and personal networks developed during the struggle provide "movement activists" with opportunities to influence minor issues, but that new and differing institutional pressures create schisms on broader policy that can turn prior bonds into a liability rather than an asset. Drawing on media analyses and more than 150 elite interviews, Grodsky offers a rare empirical assessment of the degree to which social movement organizations shape activists' beliefs and actions over the long term.

Brian K. Grodsky is Associate Professor of Comparative Politics at the University of Maryland, Baltimore County. He is the author of The Costs of Justice: How New Leaders Respond to Previous Rights Abuses (2010).

"Grodsky's book is a long-awaited study explaining the path of social movement organizations after regime change."

"Social Movements and the New State has much to offer scholars and policy practitioners seeking to better understand the roles and limitations of social movements in this process. The book speaks most directly to academicians, especially those specializing in social movements and political regimes. However, Grodsky's work should also appeal to a wider audience, especially because it illuminates issues such as the role of social movements and civil society in supporting transparent governance and the proper limits of that role when it comes to policy access and influence."

"Grodsky offers an excellent analysis of the fate of social movements when they gain the reigns of governmental power. In examining three successful social movements (Poland, South Africa, and Georgia), the author claims individual actors and their personal relationships are the critical factors . . . Recommended."

"As the events of Arab Spring remind us, popular movements have emerged as a major source of regime change. But there exists little systematic scholarship on the relationship between these movements and the governments they help spawn. In this timely book, Brian K. Grodsky explores exceptionally rich comparative case studies of the evolving and complicated relationship between popular struggles and 'movement states' in Poland, South Africa, and Georgia. His work should find a large and enthusiastic audience in comparative politics and social movement studies."

"A carefully researched and theoretically innovative contribution to comparative politics."

"Grodsky's rich comparison of Poland, South Africa and Georgia helps those who wish to deepen democracy and not only end authoritarianism. With a common tale of civil society enabling democratic breakthrough followed by movements' alienation from erstwhile comrades in state power, Grodsky may not tell us what is to be done, but does tell us what happened." 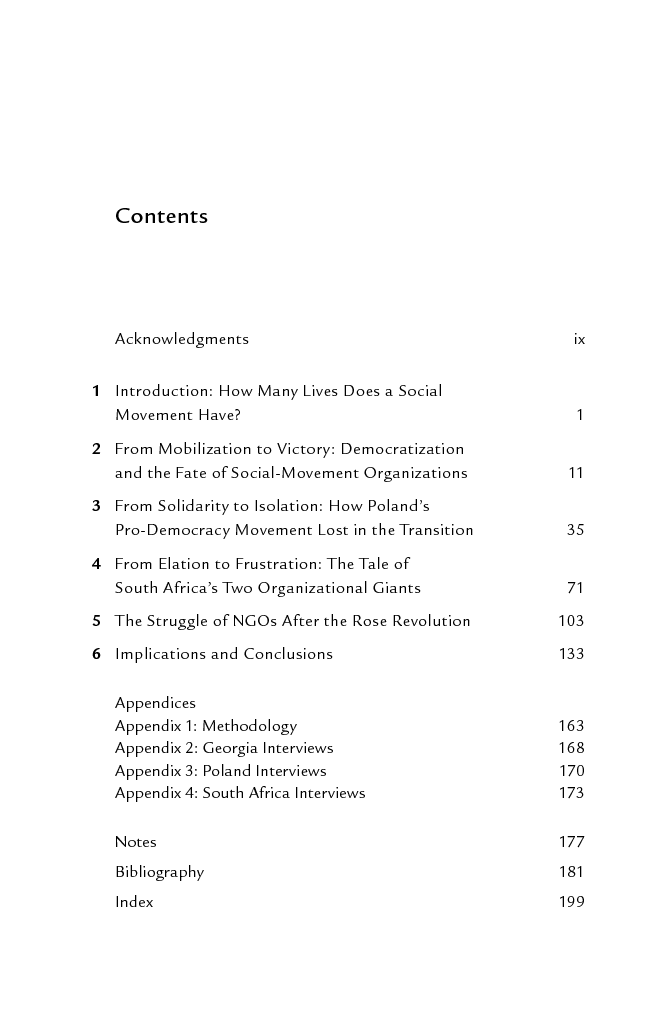 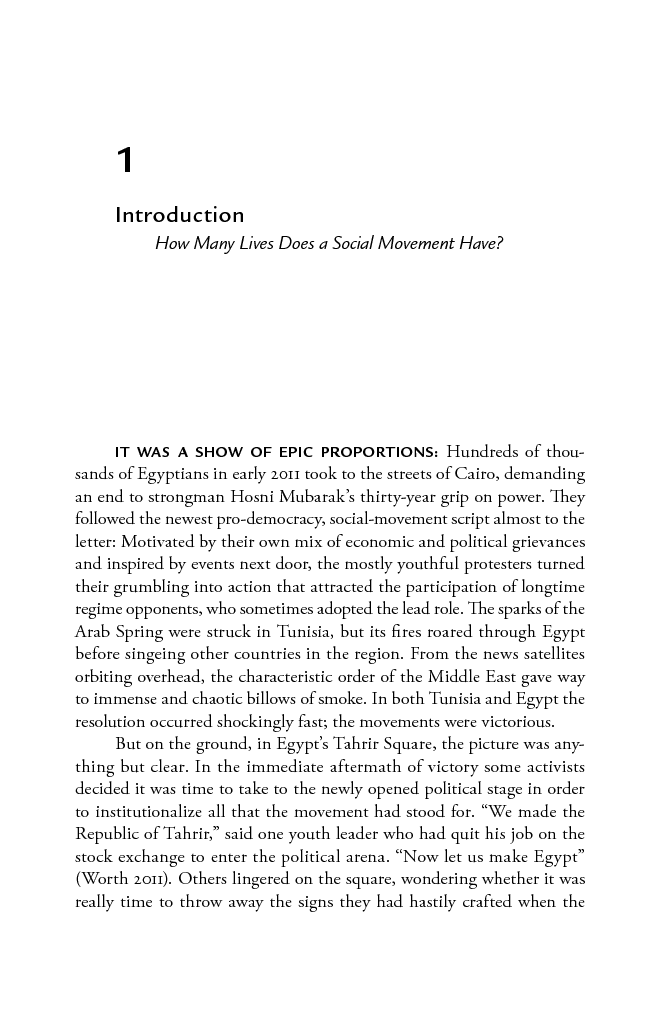