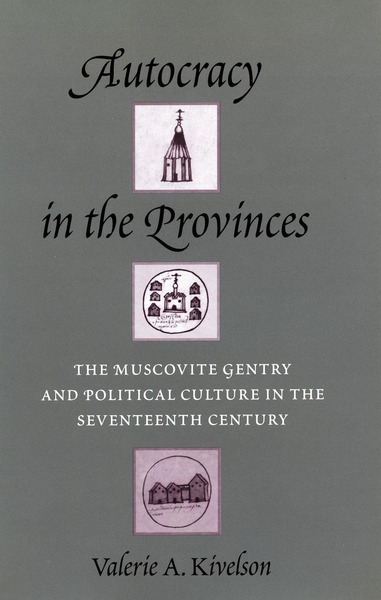 Autocracy in the Provinces
The Muscovite Gentry and Political Culture in the Seventeenth Century
Valerie A. Kivelson

This book explores the possibilities for rich and varied social, cultural, and political development under the rule of an autocratic state. Seventeenth-century Muscovite society was theocentric, highly traditional, largely illiterate, and deeply dependent on the state in all aspects of life, and therefore does not at all fit Western definitions of a civil society. Nevertheless, Muscovites found interstices in the overarching autocratic culture in which to conduct their own affairs as they wished. It is this arena of early-modern social autonomy that this book investigates, focusing on the nature and limits of autonomous activity among a small but important part of Muscovite society, the provincial gentry.

The author situates Muscovite history within a comparative framework, demonstrating that seventeenth-century Russia was neither backward nor peculiar, but developed its own variant of the concurrent state-building processes of Western European monarchies. The author’s comparisons enable us to understand and appreciate what the gentry of the Muscovite provinces did and thought, illuminating how they typified early-modern petty nobilities, notably in attempting accommodation with rising states and carving out autonomous spaces within and beneath state control.

Valerie A. Kivelson is Assistant Professor of History at the University of Michigan.