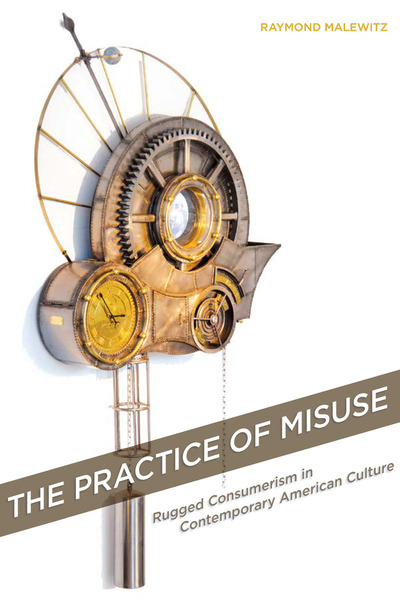 In the age of Ikea Hackers and salvagepunks, this book charts the emergence of "rugged consumers" who creatively misuse, reuse, and repurpose the objects within their environments to suit their idiosyncratic needs and desires. Figures of both literary and material culture whose behavior evokes an American can-do ethic, rugged consumers mediate between older mythic models of self-sufficiency and the consumption-driven realities of our passive, post-industrial economy. Through their unorthodox encounters with the material world, rugged consumers show that using objects 'properly' is a conventional behavior that must be renewed and reinforced rather than a naturalized process that persists untroubled through time and space.

At the same time, this Utopian ideal is rarely met: most examples of rugged consumerism conceal rather than foreground the ideological problems to which they respond and thus support or ignore rather than challenge the structures of late capitalist consumerism. By analyzing convergences and divergences between subjective material practices and collectivist politics, Raymond Malewitz shows how rugged consumerism both recodes and reflects the dynamic social history of objects in the United States from the 1960s to the present.

Raymond Malewitz is Assistant Professor of English at the School of Writing, Literature, and Film at Oregon State University.

"Raymond Malewitz's The Practice of Misuse: Rugged Consumerism in Contemporary American Culture is a nuanced and dynamic account of a human/object praxis and the ideological trajectory of its recent history . . . The book makes an important contribution to a growing body of scholarship dedicated to things suspended between use-value and landfill, and those working in fields where such indeterminate matter accumulates [...] will find exciting reading . . . It is a superb work of cultural criticism and a playful performance of misuse."

"In The Practice of Misuse: Rugged Consumerism and Contemporary American Culture Raymond Malewitz charts the emergence and subsequent containment of the figure of the 'rugged consumer' in twentieth century American material culture . . . [The book] is a thought-provoking account of the cultural practice of misuse as it occurs in recent American fiction and a valuable imagination of the re-mythologisation of the human experience of the material world."

"The Practice of Misuse is a lively account of how a particular praxis—a mode of encountering and manipulating the given world of objects, a mode that the author dubs 'rugged consumerism'—can interrupt a certain cultural or social status quo, providing some alternative to the scripts provided by late capitalism. It is a bold and significant book."

"In this significant contribution to our understanding of some of the most important American writers and cultural trends of the last four decades, Malewitz traces the transformations that have taken place in the migration from the utopian promise of the late 1960s to today's grim neoliberal realities. In the process, he illuminates the stirrings of a creative politics of consumption and misuse that may offer the most effective means for challenging this brave new world order."

Getting Rugged with Thing Theory