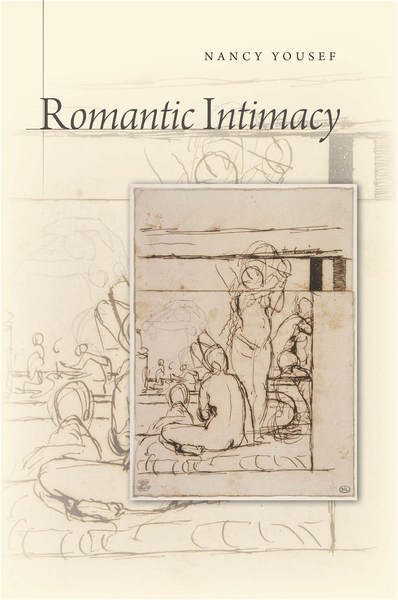 Winner of the 2013 Jean-Pierre Barricelli Prize, sponsored by the International Conference on Romanticism.

How much can we know about what other people are feeling and how much can we sympathize or empathize with them? The term "intimacy" captures a tension between a confidence in the possibility of shared experience and a competing belief that thoughts and feelings are irreducibly private. This book is an interdisciplinary study of shared feeling as imagined in eighteenth-century ethics, romantic literature, and twentieth-century psychoanalysis. Original interpretations of Hume, Rousseau, Kant, Wordsworth, Coleridge, and Austen show how mutual recognition gives way to the appreciation of varied, nonreciprocal forms of intimacy. The book concludes with accounts of empathy and unconscious communication in the psychoanalytic setting, revealing the persistence of romantic preoccupations in modernity. Yousef offers a compelling account of how philosophical confidence in sympathy is transformed by literary attention to uneven forms of emotional response, including gratitude, disappointment, distraction, and absorption. In its wide-ranging and eclectic engagement with current debates on the relationship between ethics, affect, and aesthetics, the book will be crucial reading for students of eighteenth- and nineteenth-century culture, as well as for literary theorists.

Nancy Yousef is Professor of English at the City University of New York.

"Nancy Yousef's Romantic Intimacy is a sophisticated, multifaceted study of several enlightenment and early Romantic accounts of the moral sentiments, especially as they are supposed to animate and qualify, for good or ill, a variety of interpersonal relationships. The work is principally multifaceted in its aims and subject matter, offering a critical exposition of its target texts for primarily historical and literary purposes. But it also has a philosophical aim - to remind us of the limitations in our relations with others when we try to align our relationships according to the demands of such moral sentiments as sympathy and even respect."

"In this important study of affect, Yousef demonstrates how our present-day understanding of intimacy in artworks and especially in psychoanalytic practice follows from Romantic-era writers like William Wordsworth, Jane Austen, and Samuel Taylor Coleridge . . . Yousef's inquiry will provide readers with a fresh and indispensable outline of an alternative form of sympathy that matured during the Romantic period."

"What Yousef is doing is finding a way to resituate the much studied concept of 'sympathy' in order to approach it from a different place; she has found a new way to think about how Romantic-era writers explored 'the emotional and cognitive possibilities of shared experience' . . . Yousef's Romantic Intimacy is a super smart, rewarding book that people will want to read carefully and think along with."

"Yousef grounds her intellectually exciting book in mid-century-philosophy, offering a careful analysis of eighteenth-century moral philosophers and an extended discussion of Rousseau's utopian literature, but then focuses the majority of the discussion on fiction and poetry from 1790–1820, with an extension in early twentieth-century psychoanalysis and contemporary performance art . . . Yousef makes a bold claim about Romantic-era literature's intervention in ideas about sympathy, offering the term 'intimacy' to describe and recover 'failures' of sympathy. The big ideas in this book promise to open into years of discussion."

"Those looking for a fresh perspective on late-18th- and early-19th-century culture will find a friend in Yousef. Yousef's book is a tour de force . . . Yousef seamlessly synthesizes complex human emotions, literary traditions, and figures; her discussion of 'the interpretation of silence' is fascinating. Summing Up: Essential."

"Yousef's insistence on an irreducible solitude and the challenge it poses to an otherwise easy or instinctive or hard-wired ethics of identification, sympathy, and fellow-feeling is a powerful and timely salvo. The scholarship here is first-rate, the disciplinary reach extensive, and the writing and thinking superior."

"Yousef is consistently brilliant in identifying and working through the countless shades and types of moral obligation, personal vulnerability, and communal justice manifested in eighteenth-century forms of intimacy and sympathy. Possessed of a remarkably fine ear, she succeeds in drawing out the psychological and interpersonal energies and valuations across a wide spectrum of sociable and intimate human engagement. This is a book of enormous riches." 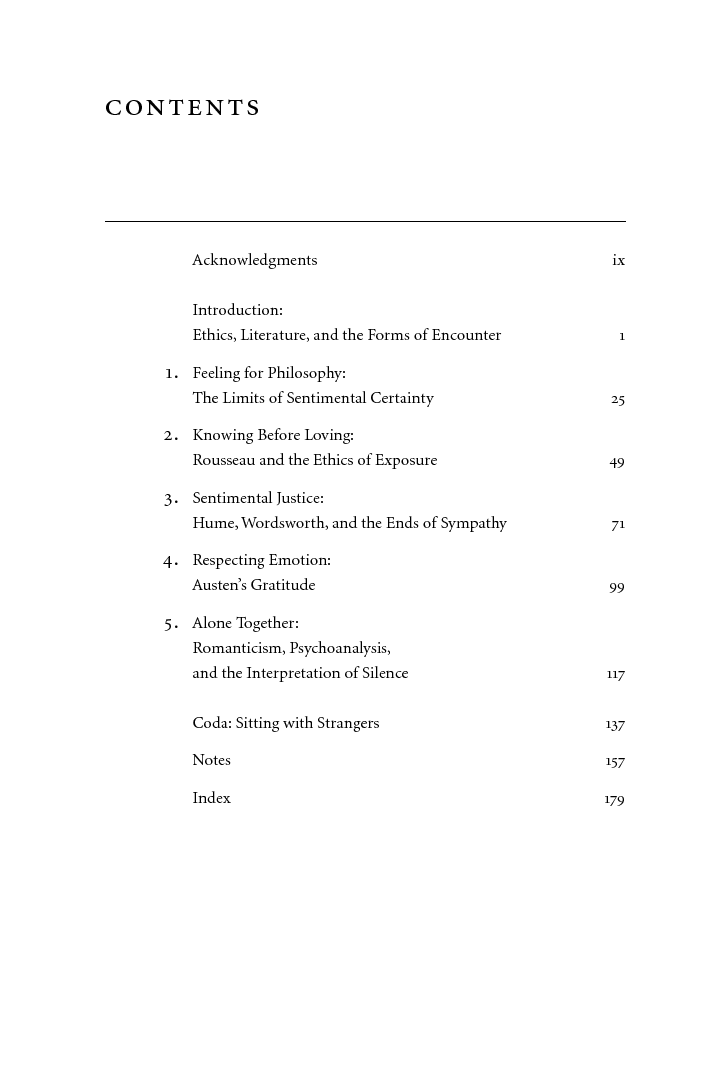 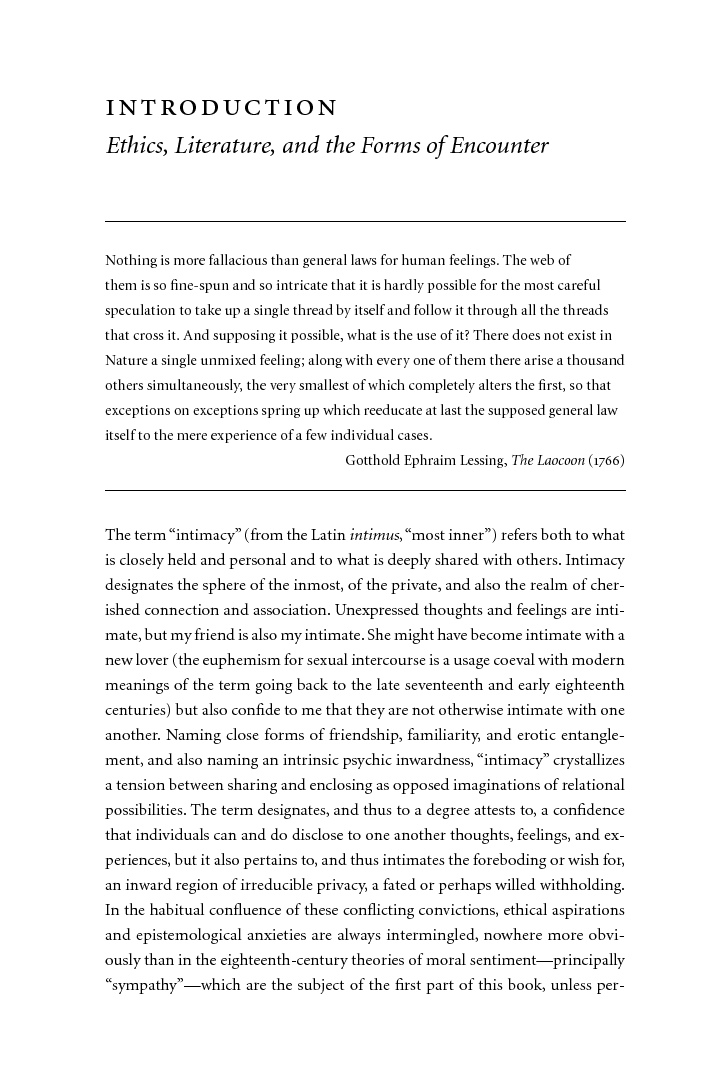