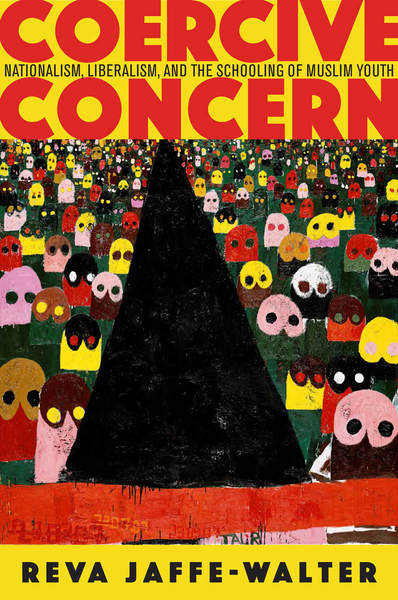 Many liberal-minded Western democracies pride themselves on their commitments to egalitarianism, the fair treatment of immigrants, and the right to education. These environments would seem to provide a best-case scenario for the reception of immigrant youth. But that is not always the case. Coercive Concern explores how stereotypes of Muslim immigrants in Western liberal societies flow through public schools into everyday interactions, informing how Muslim youth are perceived by teachers and peers. Beyond simply identifying the presence of racialized speech in schools, this book uncovers how coercive assimilation is cloaked in benevolent narratives of care and concern.

Coercive Concern provides an ethnographic critique of the "concern" that animates integration policy in Danish schools. Reva Jaffe-Walter focuses on the experiences of Muslim youth at a public school where over 40% of the student body is of immigrant descent, showing how schools operate as sites of governance. These efforts are led by political leaders who promote national fears of immigrant take-over, by teachers in schools, and by everyday citizens who are concerned about "problems" of immigration. Jaffe-Walter exposes the psychic and material costs immigrant youth endure when living in the shadow of social scrutiny, but she also charts a path forward by uncovering the resources these youth need to attain social mobility and success.

"In Jaffe-Walter's skillful hands, the story inside Coercive Concern acts as a provocative mirror for those of us living in 'liberal democracies,' revealing the cultural practice of othering in the stark language of exclusion and the soft language of concern."

"This book shows that what appear on the surface to be benign liberal-democratic policies of integration for immigrants in Denmark are experienced by Muslim immigrant youth in their daily school life as not-so-subtle pressures toward assimilation. Jaffe-Walter's compelling narrative uncovers the inherent contradictions within the gentle discipline and punishment of culture difference."

"Jaffe-Walter insightfully sheds light on everyday enactments of bias in the educational lives of immigrant youth. This beautifully written, timely book provides important lessons for educators, practitioners, policy makers, and researchers on both sides of the Atlantic."

"Coercive Concern is an important book as it sheds light on how the forces of Islamophobia—which affect all those perceived as Muslims—come together to shape realities for youth in schools....Coercive Concern is an important read for scholars, teachers, academics, and educators who want to challenge the homogenous discourses and curriculum on diversity in classrooms."