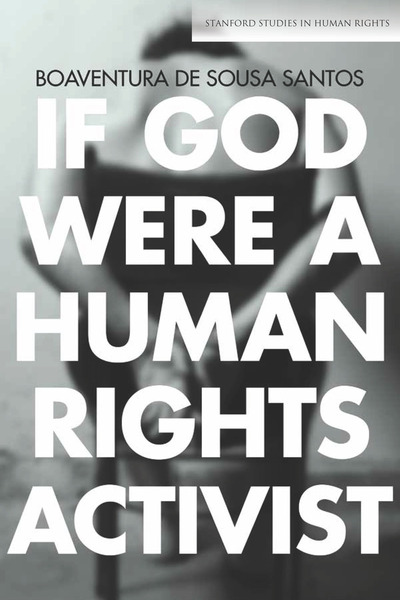 We live in a time when the most appalling social injustices and unjust human sufferings no longer seem to generate the moral indignation and the political will needed both to combat them effectively and to create a more just and fair society. If God Were a Human Rights Activist aims to strengthen the organization and the determination of all those who have not given up the struggle for a better society, and specifically those that have done so under the banner of human rights. It discusses the challenges to human rights arising from religious movements and political theologies that claim the presence of religion in the public sphere. Increasingly globalized, such movements and the theologies sustaining them promote discourses of human dignity that rival, and often contradict, the one underlying secular human rights.

Conventional or hegemonic human rights thinking lacks the necessary theoretical and analytical tools to position itself in relation to such movements and theologies; even worse, it does not understand the importance of doing so. It applies the same abstract recipe across the board, hoping that thereby the nature of alternative discourses and ideologies will be reduced to local specificities with no impact on the universal canon of human rights. As this strategy proves increasingly lacking, this book aims to demonstrate that only a counter-hegemonic conception of human rights can adequately face such challenges.

Boaventura de Sousa Santos is Emeritus Professor of Sociology at the School of Economics, University of Coimbra (Portugal), Distinguished Legal Scholar at the University of Wisconsin-Madison Law School. He has published widely on globalization, sociology of law and the state, epistemology, democracy, and human rights in Portuguese, Spanish, English, Italian, French, German, and Chinese.

"Santos's task is to point to a 'counterhegemonic' conception of human rights, the grounds for which he finds in progressive theologies that, he posits, exist ' with certain nuances' in all major religions . . . [H]is challenges are worth confronting, and the intellectual journey he provides is worth taking . . . Recommended."

"Boaventura de Sousa Santos is one of the most influential critical thinkers of our times. God may not be a human rights activist, but many religious and believing people are also at the forefront of the struggle for human dignity and emancipation. However, their conception of human rights is counter-hegemonic, distinct from the established Western modern version, and sometimes, as in Liberation theology, inspired by a radical anti-capitalist perspective. Our understanding of human rights is profoundly expanded and enriched by Santos' remarkable new book."

"Using his characteristic irony, erudition, and wit, Santos argues that western notions of human 'rights' are meant to espouse the dignity of humankind, yet they are also being advanced for the facilitation of imperialism and the proliferation of misery. Through an appeal to secularism, these notions of human rights render themselves incapable of responding to the lived realities of peoples of the global south—those left in the abyssal realm of imperial damnation. A must-read for those interested in the question of human rights and the complicated task of building law beyond its current, dominating and degrading paradigms."

—Lewis Gordon, Professor, University of Connecticut, author of What Fanon Said: A Philosophical Introduction to His Life and Thought