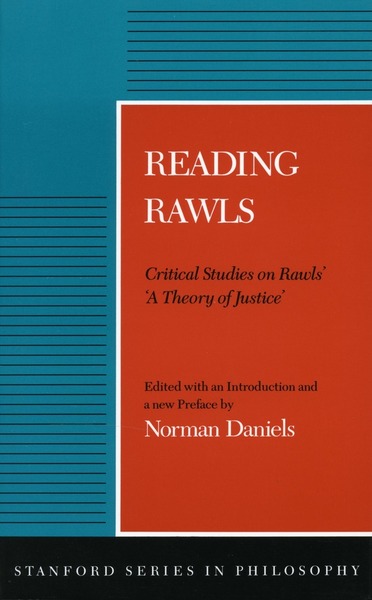 First published in 1975, this collection includes many of the best critical responses to John Rawls' A Theory of Justice, and the editor has elected to reissue the book without making any substitutions. As he argues in his new preface, the variety of issues raise in the original papers has been a major part of the book's appeal. He also acknowledges that no modest revision of this book could pretend to respond adequately to the considerable elaboration and evolution of Rawls' theory in the last fifteen years.

Political philosophy has been one of the most exciting areas of philosophical activity in the years since A Theory of Justice, and much of that activity has been a response to Rawls' work. In his preface, the editor suggests how some of the insights and criticisms contained in the collection have had a bearing on developments in Rawls' theory and in political philosophy more generally, and that fresh reading of each of them reveals additional important points that have not yet received adequate attention.