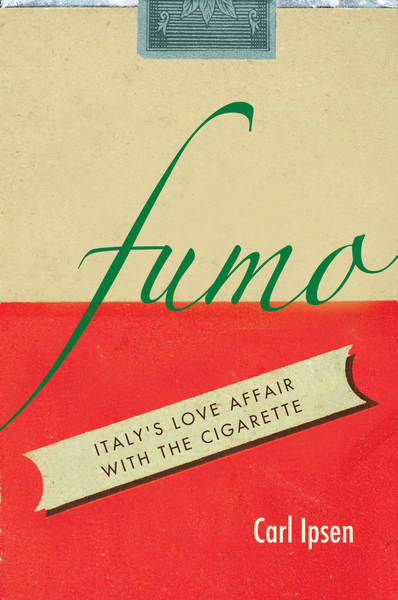 For over a century, Italy has had a love affair with the cigarette. Perhaps no consumer item better symbolizes the economic, political, social, and cultural dimensions of contemporary Italian history. Starting around 1900, the new and popular cigarette spread down the social hierarchy and eventually, during the 1960s, across the gender divide. For much of the century, cigarette consumption was an index of economic well-being and of modernism. Only at the end of the century did its meaning change as Italy achieved economic parity with other Western powers and entered into the antismoking era.

Drawing on film, literature, and the popular press, Carl Ipsen offers a view of the "cigarette century" in Italy, from the 1870s to the ban on public smoking in 2005. He traces important links between smoking and imperialism, world wars, Fascism, and the protest movements of the 1970s. In considering this grand survey of the cigarette, Fumo tells a much larger story about the socio-economic history of a society known for its casual attitude toward risk and a penchant for la dolce vita.

Carl Ipsen is Professor of History at Indiana University. He is the author of Italy in the Age of Pinocchio: Children and Danger in the Liberal Era (2006) and Dictating Demography: The Problem of Population in Fascist Italy (1996).

"A compelling picture of how one of the most widely consumed intoxicants of the twentieth century shaped Italian social life and cultural expression."

"An intoxicating combination of cultural, social, economic, gender, and political history, Fumo tells the fascinating history of smoking in Italy, providing new insights into Italy's transformation over the course of the twentieth century. Delightfully told, it is, like the cigarette itself, hard to put down once begun."

—David I. Kertzer, Pulitzer Prize-winning author of The Pope and Mussolini

"Fumo tells a fascinating tale about smoking, health, and risk during Italy's cigarette century. Ipsen effectively integrates a variety of approaches and source material into crafting a narrative that concentrates on those aspects of Italy's tobacco history that are uniquely Italian, yet situated within a broader context, as illustrated by references to developments in the United States, Great Britain, and Germany...scholars interested in the histories of Italy, smoking, and public health will find Fumo a valuable contribution to their respective fields of study."

"Carl Ipsen, Professor of History at Indiana University, has written an absorbing social history of modern Italy as seen through the nation's smoking habits...Much of Carl Ipsen's diverting, well-researched book discusses the role of cigarettes in Italian literature."

"Many histories of smoking are either overly judgmental of the tobacco industry or they give too much weight to the sublime qualities of smoking. Admirably, Ipsen remains neutral in his reporting of smoking's history in Italy, not wishing to judge or rationalize."

"As in the best historical works, a single aspect of the past is able to illuminate a very large picture....Written in a brilliant and captivating style while maintaining strict methodological rigor, this work is a fine example of cultural history and, at the same time, a model of style and method."

Fumo: Italy’s Love Affair with the Cigarette by Carl Ipsen

EuropeNow
More in History—Intellectual and Cultural