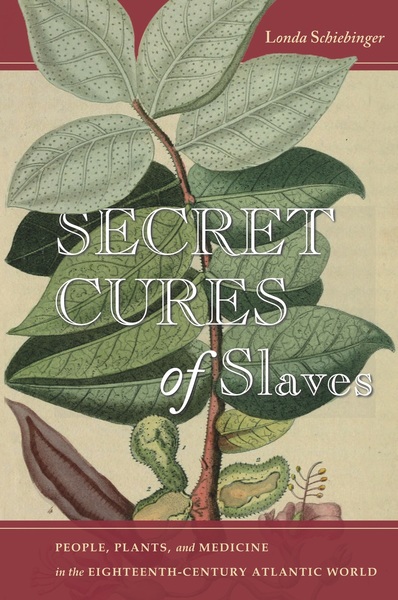 In the natural course of events, humans fall sick and die. The history of medicine bristles with attempts to find new and miraculous remedies, to work with and against nature to restore humans to health and well-being. In this book, Londa Schiebinger examines medicine and human experimentation in the Atlantic World, exploring the circulation of people, disease, plants, and knowledge between Europe, Africa, and the Americas. She traces the development of a colonial medical complex from the 1760s, when a robust experimental culture emerged in the British and French West Indies, to the early 1800s, when debates raged about banning the slave trade and, eventually, slavery itself.

Massive mortality among enslaved Africans and European planters, soldiers, and sailors fueled the search for new healing techniques. Amerindian, African, and European knowledges competed to cure diseases emerging from the collision of peoples on newly established, often poorly supplied, plantations. But not all knowledge was equal. Highlighting the violence and fear endemic to colonial struggles, Schiebinger explores aspects of African medicine that were not put to the test, such as Obeah and vodou. This book analyzes how and why specific knowledges were blocked, discredited, or held secret.

Londa Schiebinger is the John L. Hinds Professor of History of Science at Stanford University. She is the author of the award-winning Plants and Empire: Colonial Bioprospecting in the Atlantic World (2004), among many other works.

"Racism is the belief that certain people are not fully human, and that infamously opportunistic opinion is evident whenever some people are selected to be unwilling subjects of medical experimentation, as Londa Schiebinger makes clear in her important new study."

"In this urgent, probing and visually striking volume, Londa Schiebinger, one of the pioneers of feminist and colonial science studies, shifts our understanding of Enlightenment racial attitudes to the domain of the medical, making a vital contribution to the dynamic new wave of research on science and slavery in the Atlantic world."

"Londa Schiebinger's insightful book provides us with a conceptual grid for understanding the production and distribution of medical knowledge and the ethics of experimentation, opening up many fertile new avenues for research."

"Engaging unique sources from both the English and French worlds, Londa Schiebinger untangles the complex relationships between European and local physicians, healers, plants, and slavery. Her work offers a deep dive into how the Atlantic World emerged as a crucible for medical innovation as well as pressing ethical questions."

"[Schiebinger's] well-written and meticulously researched study offers a model of careful history, ever conscious of its own limitations....Her carefully argued pursuit of evanescent facts was a refreshing reminder that recounting the past is the least of the historian's duties; making sense of the past is more important, but so is acknowledging the limits to the sense that can be made."

"Secret Cures of Slaves is well organized and clearly written....Schiebinger guides the reader through her deeply researched argument, supplemented by her use of conceptual diagrams. She succeeds in reconstructing the flows of medical knowledge between Europe, Africa, and the Caribbean in the eighteenth century."

"Secret Cures of Slaves is a scholarly, well-illustrated monograph that draws on archival as well as printed sources. It makes a valuable contribution to knowledge of the history of medicine in the British and French West Indies and reveals its links across the Atlantic."

"By studying the West Indies as a 'center of calculation', Schiebinger offers a methodological and ideological model for a historiography capable of beginning the hard work of building up an archive of medical history conscious of its own racial and political imperatives."

—Tita Chico, The Year's Work in Critical and Cultural Theory