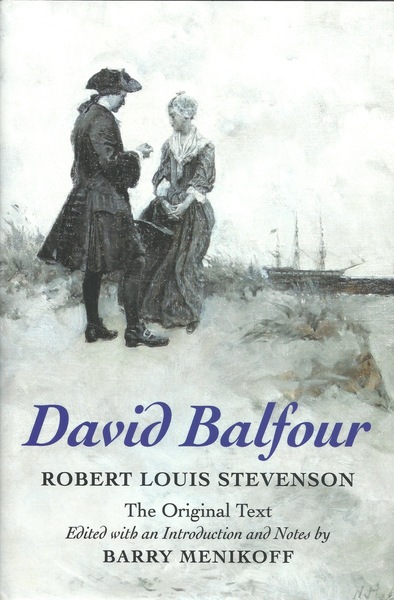 David Balfour: The Original Text was originally published by Huntington Library Press and is now distributed by Stanford University Press.

This edition of David Balfour, which continues the epic story begun in Kidnapped, is based upon the original manuscript at Harvard University's Houghton Library, and presents—for the first time—the text as Robert Louis Stevenson wrote it. The introductory essay by Barry Menikoff restores the novel to its rightful place, alongside Kidnapped, as Stevenson's finest achievement in fiction, while Menikoff's extensive notes and glossary open up the political, cultural, and linguistic world of eighteenth-century Scotland for today's reader. Striking color illustrations from the original oil paintings of N.C. Wyeth, created in 1924, accompany the text.

Barry Menikoff, author of Narrating Scotland (2005), is Professor Emeritus at The University of Hawai'i at Mānoa.