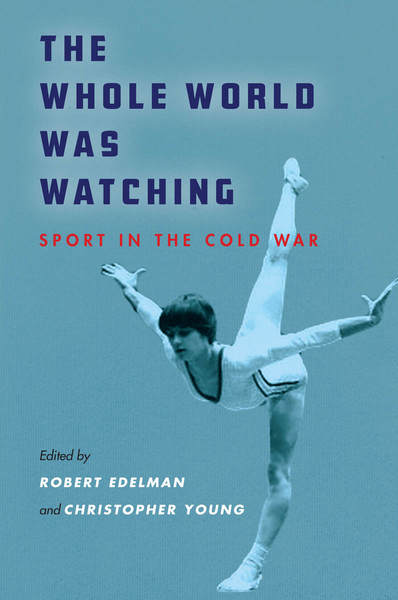 Winner of the 2021 NASSH Anthologies Award, sponsored by the North American Society for Sport History.

In the Cold War era, the confrontation between capitalism and communism played out not only in military, diplomatic, and political contexts, but also in the realm of culture—and perhaps nowhere more so than the cultural phenomenon of sports, where the symbolic capital of athletic endeavor held up a mirror to the global contest for the sympathies of citizens worldwide. The Whole World Was Watching examines Cold War rivalries through the lens of sporting activities and competitions across Europe, Asia, Africa, Latin America, and the U.S. The essays in this volume consider sport as a vital sphere for understanding the complex geopolitics and cultural politics of the time, not just in terms of commerce and celebrity, but also with respect to shifting notions of race, class, and gender. Including contributions from an international lineup of historians, this volume suggests that the analysis of sport provides a valuable lens for understanding both how individuals experienced the Cold War in their daily lives, and how sports culture in turn influenced politics and diplomatic relations.

Robert Edelman is Professor of History at the University of California, San Diego.

Christopher Young is Professor of Modern and Medieval German Studies and Head of the School of Arts and Humanities at the University of Cambridge.

"This insightful collection of essays shows how the Cold War was fought out on ice, on the football and baseball fields, in boxing rings, and in Olympic stadiums. A fantastic contribution to both the history of sport and the history of the Cold War."

"This superb collection of essays should lay to rest any doubts about sport's place as a uniquely significant and powerful force in the cultural Cold War. The editors' scope is ambitious, and contributors bring nuance to the complex issues of global politics at play in every sprint, shot, and stroke."

"The Cold War wends its way through almost every aspect of post-WWII sports history but is so rarely considered as a whole. It is a great pleasure, then, to see the many disparate strands of the sporting front of the conflict brought together in this book with such acuity."

—David Goldblatt, author of The Games: A Global History of the Olympics

"Providing a more comprehensive analysis than the standard considerations of the US-USSR rivalry or the Olympics, this book fills the gap for a "go-to" text on the role of sports in the Cold War....highly recommended for anyone interested in the history, sport history, or culture of the Cold War."