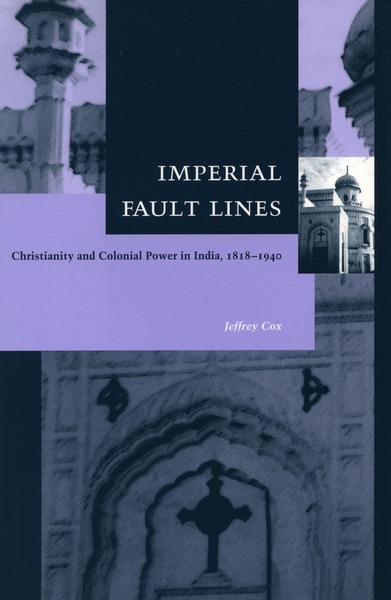 Imperial Fault Lines tells the history of Christian missionary encounters with non-Christians in a part of the world where there were no Christians at all until the advent of British imperial rule in the early nineteenth century. As British and American missionaries spread out from Delhi into the heartland of Punjab, their preconceived ideas about Hinduism and Islam broke down rapidly as they established institutions requiring the close cooperation of Indians. Two-thirds of the foreign missionaries who entered the Punjab were women, and issues of gender as well as race were central dilemmas in a cultural encounter that featured numerous irresolvable conflicts. The missionaries' commitment to Christian universalism clashed with the visible realities of their imperial privileges. Although determined to build multiracial institutions based on spiritual equality, missionaries were the beneficiaries of an imperial racial hierarchy. Their social encounters with Indians were exceedingly complex, involving intimacy and affection as well as affronts and betrayals.

Missionaries were compelled to react to circumstances not of their own making, and were forced to negotiate and compromise with Indian Christians, government officials, Indian critics of the missionary movement, and the many non-Christian students, patients, and staff at large and influential missionary schools, colleges, and hospitals. In villages, university-educated clergymen who had hoped to convert the Hindu and Muslim elite found themselves in the surprising position of advocating the rights of stigmatized and oppressed rural laborers. The history of elite institution-building took surprising turns during the rise of the national movement, as missionaries struggled with the conflict between their own transparent entanglement with imperialism and their attempts to foster new forms of indigenous Christianity that would outlive British imperial rule.

Jeffrey Cox is Professor of History at the University of Iowa. He is the author of The English Churches in a Secular Society: Lambeth, 1870-1930 and the co-editor of Contesting the Master Narrative: Essays in Social History.

"This is an excellent, well-researched book, rich in detail and anecdote, and filled with valuable and original information and analysis about European Christian/Indian Christian (and non-Christian) interaction. "

"This richly detailed book references large amounts of archival material and will be of interest to scholars and advanced students of Christian missions outside the West."

" . . . [H]e is one of the few active scholars in this field to bring all these perspectives into a single focus. Analytically as well as methodologically, this book has moved the cutting edge of the field."

—Journal of the American Oriental Society

"....[A] complex, variegated, and compelling history of the tensions between the Christian universalism of teh missionaries and the indigenous politics of status and religious reform, as well as focused consideration of the pivotal position of cultural and racial difference under colonial rule."