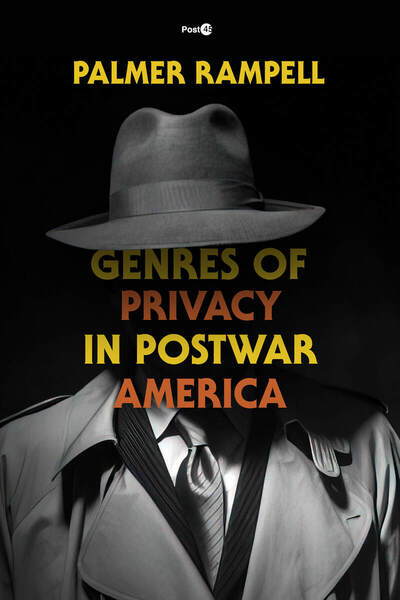 With this incisive work, Palmer Rampell reveals the surprising role genre fiction played in redefining the category of the private person in the postwar period. Especially after the Supreme Court established a constitutional right to privacy in 1965, legal scholars, judges, and the public scrambled to understand the scope of that right. Before and after the Court's ruling, authors of genre fiction and film reformulated their aliens, androids, and monsters to engage in debates about personal privacy as it pertained to issues like abortion, police surveillance, and euthanasia.

Triangulating novels and films with original archival discoveries and historical and legal research, Rampell provides new readings of Patricia Highsmith, Dorothy B. Hughes, Philip K. Dick, Octavia Butler, Chester Himes, Stephen King, Cormac McCarthy, and others. The book pairs the right of privacy for heterosexual sex with queer and proto-feminist crime fiction; racialized police surveillance at midcentury with Black crime fiction; Roe v. Wade (1973) with 1960s and 1970s science fiction; the Child Abuse Prevention and Treatment Act (1974) with horror; and the right to die with westerns. While we are accustomed to defenses of fiction for its capacity to represent fully rendered private life, Rampell suggests that we might value a certain strand of genre fiction for its capacity to theorize the meaning of the protean concept of privacy.

Palmer Rampell received his Ph.D. in English from Yale University. His writing has appeared in the Los Angeles Review of Books, Public Books, and the Washington Post.

"In crisp and lucid prose, Palmer Rampell gives us new and compelling views of the ambitious genre writers who explored the rough edges of the postwar liberal consensus. Bolstered with rare finds from Rampell's original archival research, this book brilliantly shows the unnoted power of genre fiction."

—Sean McCann, author of A Pinnacle of Feeling

"This richly interdisciplinary book transforms our understanding of the relationship between privacy and literature, and Rampell's provocative readings of genre fiction mount a compelling case against literary and liberal truisms about the bourgeois private self."

"Genres of Privacyis a brainy and painstaking literature review of a variety of postwar genre works and their relationship to contemporary privacy-related issues... Rampell's expansive definition of the right to privacy gives his book a wide sweep and provides a view into several different issues and genres, lending it an immediate relevance."