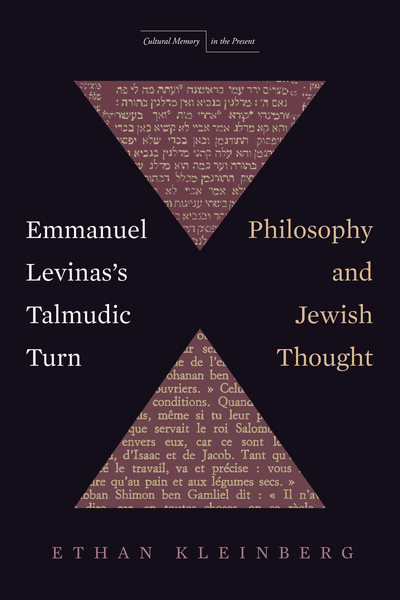 Pairing each chapter with a related Talmudic lecture, Kleinberg uses the distinction Levinas presents between "God on Our Side" and "God on God's Side" to provide two discrete and at times conflicting approaches to Levinas's Talmudic readings. One is historically situated and argued from "our side" while the other uses Levinas's Talmudic readings themselves to approach the issues as timeless and derived from "God on God's own side." Bringing the two approaches together, Kleinberg asks whether the ethical message and moral urgency of Levinas's Talmudic lectures can be extended beyond the texts and beliefs of a chosen people, religion, or even the seemingly primary unit of the self.

Touching on Western philosophy, French Enlightenment universalism, and the Lithuanian Talmudic tradition, Kleinberg provides readers with a boundary-pushing investigation into the origins, influences, and causes of Levinas's turn to and use of Talmud.

Ethan Kleinberg is the Class of 1958 Distinguished Professor of History and Letters at Wesleyan University. He is the author of Generation Existential: Heidegger's Philosophy in France, 1927–1961 (2005) and Haunting History: For a Deconstructive Approach to the Past (SUP, 2017).

More in Philosophy—Philosophy of Religion