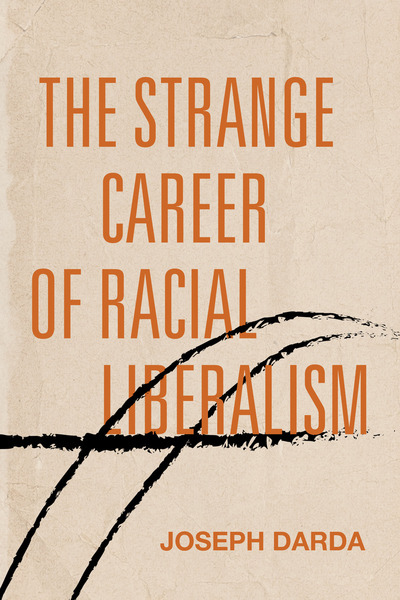 How Americans learned to wait on time for racial change

What if, Joseph Darda asks, our desire to solve racism—with science, civil rights, antiracist literature, integration, and color blindness—has entrenched it further? In The Strange Career of Racial Liberalism, he traces the rise of liberal antiracism, showing how reformers' faith in time, in the moral arc of the universe, has undercut future movements with the insistence that racism constitutes a time-limited crisis to be solved with time-limited remedies.

Most historians attribute the shortcomings of the civil rights era to a conservative backlash or to the fracturing of the liberal establishment in the late 1960s, but the civil rights movement also faced resistance from a liberal "frontlash," from antiredistributive allies who, before it ever took off, constrained what the movement could demand and how it could demand it. Telling the stories of Ruth Benedict, Kenneth Clark, W. E. B. Du Bois, John Howard Griffin, Pauli Murray, Lillian Smith, Richard Wright, and others, Darda reveals how Americans learned to wait on time for racial change and the enduring harm of that trust in the clock.

Joseph Darda is Associate Professor of English at Texas Christian University. He is the author of How White Men Won the Culture Wars: A History of Veteran America and Empire of Defense: Race and the Cultural Politics of Permanent War.

"A riveting guide to why the grand movement demand for 'Freedom now!' was so often eclipsed by what Dr. King called the 'tranquilizing drug of gradualism.' As acute in its meditations on the nature of time as it is in its dissection of racial liberalism."

"Darda's powerful and elegant book places racial liberalism at the center of a national story about the endurance of racial subordination within a political system predicated on formal rights and equality. Provides essential bearings for our current moment of racial rebellion and reaction."

—Daniel Martinez HoSang, Author of A Wider Type of Freedom: How Struggles for Racial Justice Liberate Everyone