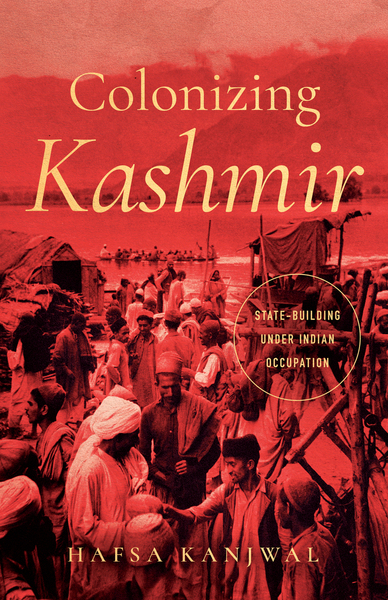 The Indian government, touted as the world's largest democracy, often repeats that Jammu and Kashmir—its only Muslim-majority state—is "an integral part of India." The region, which is disputed between India and Pakistan, and is considered the world's most militarized zone, has been occupied by India for over seventy five years. In this book, Hafsa Kanjwal interrogates how Kashmir was made "integral" to India through a study of the decade long rule (1953-1963) of Bakshi Ghulam Mohammad, the second Prime Minister of the State of Jammu and Kashmir. Drawing upon a wide array of bureaucratic documents, propaganda materials, memoirs, literary sources, and oral interviews in English, Urdu, and Kashmiri, Kanjwal examines the intentions, tensions, and unintended consequences of Bakshi's state-building policies in the context of India's colonial occupation. She reveals how the Kashmir government tailored its policies to integrate Kashmir's Muslims while also showing how these policies were marked by inter-religious tension, corruption, and political repression.

Challenging the binaries of colonial and postcolonial, Kanjwal historicizes India's occupation of Kashmir through processes of emotional integration, development, normalization, and empowerment to highlight the new hierarchies of power and domination that emerged in the aftermath of decolonization. In doing so, she urges us to question triumphalist narratives of India's state-formation, as well as the sovereignty claims of the modern nation-state.

Hafsa Kanjwal is Assistant Professor of History at Lafayette College.