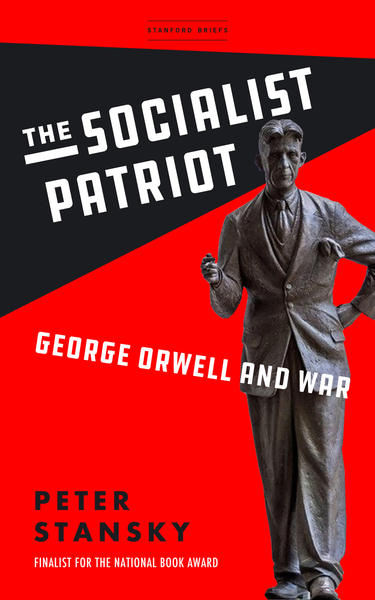 An incisive demonstration of how Orwell's body of work was defined by the four major conflicts that punctuated his life: World War I, the Spanish Civil War, World War II, and the Cold War.

Few English writers wielded a pen so sharply as George Orwell, the quintessential political writer of the twentieth century. His literary output at once responded to and sought to influence the tumultuous times in which he lived—decades during which Europe and eventually the entire world would be torn apart by war, while ideologies like fascism, socialism, and communism changed the stakes of global politics. In this study, Stanford historian and lifelong Orwell scholar Peter Stansky incisively demonstrates how Orwell's body of work was defined by the four major conflicts that punctuated his life: World War I, the Spanish Civil War, World War II, and the Cold War.

Young Orwell came of age against the backdrop of the First World War, and published his final book, Nineteen Eighty-Four, nearly half a century later, at the outset of the Cold War. The intervening three decades of Orwell's life were marked by radical shifts in his personal politics: briefly a staunch pacifist, he was finally a fully committed socialist following his involvement in the Spanish Civil War. But just before the outbreak of World War II, he had adopted a strong anti-pacifist position, stating that to be a pacifist was equivalent to being pro-Fascist.

By carefully combing through Orwell's published works, notably "My Country Right or Left," The Lion and the Unicorn, Animal Farm, and his most dystopian and prescient novel Nineteen Eighty-Four, Stansky teases apart Orwell's often paradoxical views on patriotism and socialism. The Socialist Patriot is ultimately an attempt to reconcile the apparent contradictions between Orwell's commitment to socialist ideals and his sharp critique of totalitarianism by demonstrating the centrality of his wartime experiences, giving twenty-first century readers greater insight into the inner world of one of the most influential writers of the modern age.

Peter Stansky is the Frances and Charles Field Professor of History, Emeritus at Stanford University. He has published extensively on the cultural, political, and literary milieu of twentieth-century Britain, including (with William Abrahams) the Orwell biographies The Unknown Orwell (1972) and Orwell: The Transformation (1980), both finalists for the National Book Award.